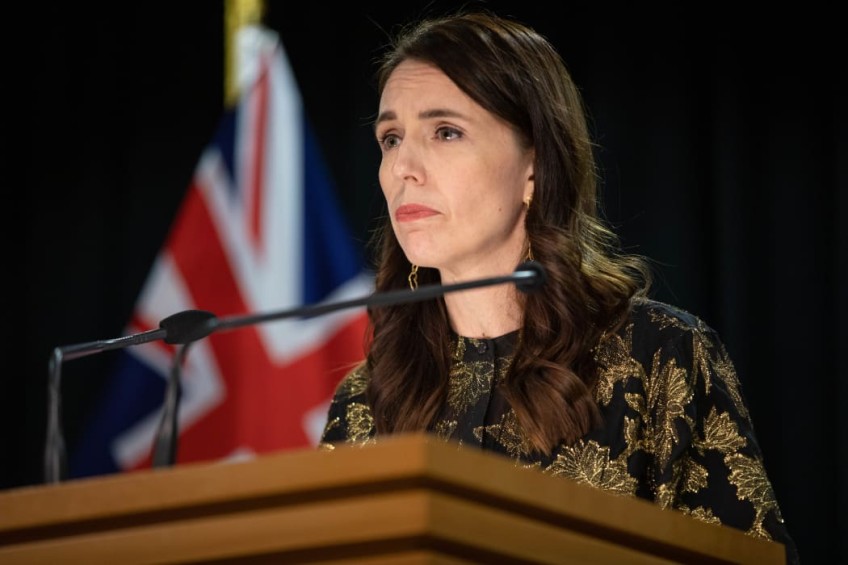 Prime Minister Jacinda Ardern is heading to the Europe this weekend as part of a concerted push to get a long-awaited free trade deal over the line.

It is Ardern's third trade mission this year.

"I take with me the simple, important message that New Zealand is open for business, travel, education and for skilled workers in occupations we need."

Negotiations with the European Union got formally under way in 2018 for the trade deal but progress has been slower than expected.

However, Ardern says it is in its "closing stages".

Ardern says the EU is New Zealand's fourth-largest trading partner and she has been working on the deal including with the leaders of Germany, Spain and others in recent weeks and months.

"I look forward to progressing talks in person next week... We are still in the midst of negotiations but this trip has been purposely timed around this period to make sure that we continue the momentum of negotiation."

She says New Zealand's economic recovery from Covid-19 has been export-led and it is the prime time to cement further free trade agreements, on top of those already initiated including the UK free trade agreement, the CPTPP, the China FTA upgrade, and conversations with the US on a future Indo-Pacific Framework.

"This is not a bilateral arrangement, we are not just working with one country ... I'll often come in with support, touch base with a range of different leaders where either they've been supportive to garner wider support to get us through the process, or where there have been particular sticking points with leaders to touch base to see where we can get through those."

"The point of these arrangements are to reduce the barriers ... we're always seeking to gain greater access and eased friction at the border."

She says she would rather leave the individual details to officials while negotiations are under way, and the negotiations are made particularly complex because of the multi-lateral nature of the EU and the interests of particular areas on some of New Zealand's exports like dairy.

She says New Zealand is seeking an improvement on the status quo, and it is the government's job to try to open as many doors as possible, not just dairy.

"We have been very keen to see movement for some time but it is a complex area to negotiate."

Ardern will first fly to Madrid in Spain for the NATO leaders' summit and a series of sideline meetings with foreign leaders.

"We will be discussing key security issues for the Indo-Pacific but in addition, it will also be an opportunity to have a series of bilaterals with other European leaders who will be expected to attend."

Ardern says New Zealand has been a Nato partner for about 10 years and, over the time of the war in Ukraine, New Zealand has supported the distribution of aid through the Nato trust fund.

She denies it is a shift towards the Nato alliance.

"We maintain the status that we've had for the last 10 years."

She says New Zealand is utterly consistent on calling for a reduction and ultimately prohibition of nuclear weapons, and she presents that position in most bilaterals where it is relevant.

From there, she will travel to Belgium to meet with EU leaders about the free trade deal.

She says she has not received an invitation to visit Ukraine, nor has she sought one.

She says New Zealand has provided "comprehensive" aid donations and other support for Ukraine.

"We've seen what this represents for the world and we've done our bit ... this is going to be a protracted conflict. I think our focus is how can we get closer to ... diplomacy-led resolution. We're not at that point now."

She says there has obviously been failures around the UN security council and New Zealand is also looking at how it can provide support in that area.

Boris Johnson, the Duke and Australia

Ardern will conclude her five day European programme with a trip to London where she will sit down with the British Prime Minister Boris Johnson and give a foreign policy speech at the Chatham House thinktank.

She says she's has had the privilege of getting to know the Duke of Cambridge, Prince William, and it is a tradition to "touch base" with representatives of the royal family on trips like this.

The trade mission will be immediately followed by a four day trip to Australia to attend a Trans-Tasman Leadership Forum, where she will be accompanied by other ministers and a large business delegation.

"The forum has been delayed for several years due to Covid, so it marks another important step in our reconnecting plan."

Earlier this month Ardern travelled to the United States and met with US President Joe Biden in the Oval Office and this month she also met with Australia's new prime minister Anthony Albanese in Sydney.

At last week's post-cabinet press conference Ardern announced a cabinet reshuffle sparked by the departures of Kris Faafoi and Trevor Mallard, which also stripped Poto Williams of the police portfolio.

This morning, Ardern downplayed the suggestion that the weekend's Tauranga by-election was a drubbing for Labour.

But Ardern said Tinetti had received one of the better results the party had seen in Tauranga in the last few decades and it was difficult to read too much into by-election results.