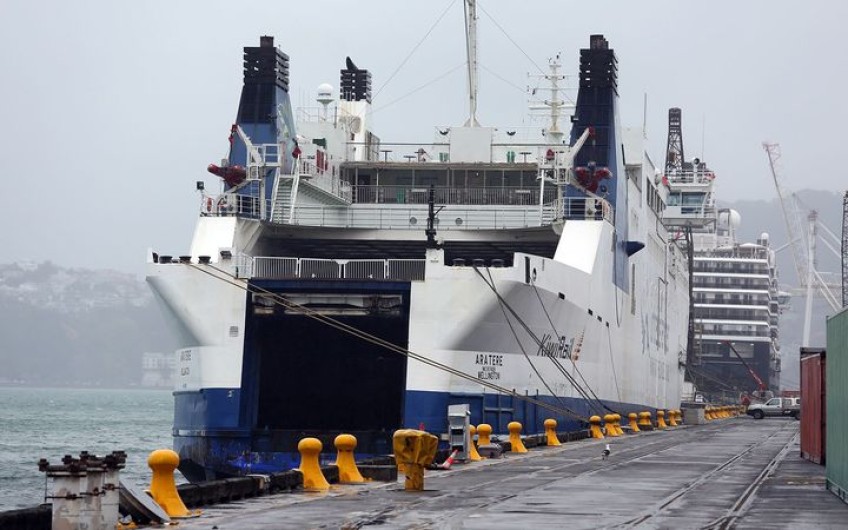 Interislander ferries to be replaced with rail ready fleet

Interislander's current fleet, comprising the Kaitaki, Kaiarahi and the Aratere, is due to be replaced by 2024.

KiwiRail's decision follows a two-year consultation process which found rail-enabled ferries were the most cost effective, efficient and best in the long-term.

The new boats will be able to carry more people and freight, and be faster, making six return sailings a day, the maximum.

The decision represents a shift by KiwiRail, which in the past dismissed rail ferries as "very rare and really expensive".

KiwiRail acting chief executive Todd Moyle said that was a different era, when KiwiRail was comparing the cost of second-hand ferries versus buying new ones.

But investigations found there was little difference in the price of a new rail ferry and a new non-rail ferry.

"These are going to be around for 30-odd years so we need to make the right decision to ensure that we've got that long term resilient outcome.

"We're a rail company we want to grow rail, we see that as being really critical for New Zealand."

Only one existing ferry, the Aratere, can take rail. The other two rely on a system which involves loading containers off railway wagons onto rubber wheeled trailers, then driving the trailers onto the ferries.

This is a lengthier process, which Mr Butson said was also more labour intensive.

"Using rail ferries, you can have three people that load 1500 tonnes of freight onto the ferry. If you use road bridging you've got 30 people doing the loading and unloading.

"Safety issues around [the] interface between the passengers and the vehicles is significantly heightened."

Mr Butson said in recent years KiwiRail had been dogged by short-term thinking, as shown by its decision to close workshops in Dunedin.

"We're now all struggling with the difficulties that the closure of Hillside poses when you're in a KiwiRail that's trying to grow quickly to meet the needs of New Zealand, and also the wishes of the current government for increased wagons, carriages, locomotives."

Mr Moyle said the new ferries would not come cheap, with Mr Moyle estimating they would cost more than $200 million each.

A more accurate estimate will be known later this year.

Any potential job losses could be dealt with by attrition

Mr Moyle denied the decision was dependent on the will of KiwiRail's political masters, saying process began under National.

"The rail-enabled element is only one component of these ferries. We've had the largest tourism season on the Interislander and also commercial vehicles, trucks and other elements, so we've got the three bits that work on the ferry.

"We've had to make the decision based on all the elements."

Both the union and KiwiRail said staff had welcomed the announcement even though it could signal job losses.

But Mr Moyle said reductions in staff numbers could be mostly dealt with by attrition given the new ferries were five years away.

The ships would likely to be built in Europe or Asia.

Mr Moyle said while the bulk of the ferries would be a standard design, there will be elements that are customised for Cook Strait like the lower decks and the passenger areas.

Mr Butson said designing the ferry from scratch had its advantages.

"There are now new hull configurations which are able to deal with the wake issue in terms of the [Marlborough] Sounds."