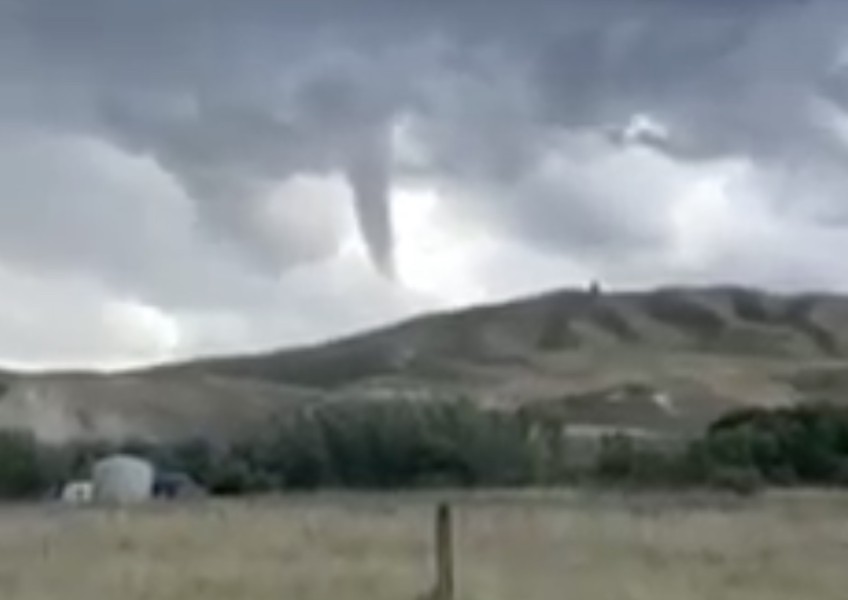 'If you find my roof - please give it back' - Alexandra Tornado

A man who had his roof blown off during this afternoon's tornado in central Otago said he has no idea where it landed.

The tornado ripped through rural Alexandra just before 6.30pm on Saturday and Ryan McDowell said it had caused extensive damage to his property.

"It was scary. Me and my mate were saying it would suck if it got us, but it did. There was all this rubbish in the air so we said, 'we better go!'"

McDowell hid in the hallway under a large beam and braced.

"The windows smashed, a lot of wind and it was just bucketing down with rain."

The roof was ripped off and McDowell said he has not seen it since.

"That's a good question aye, if you find it please give back."

His parents who own the house have yet to see the damage.

"It's pretty bad aye. Most of the windows are smashed, one of the panels from the caravan smashed into my room, and there are shards of glass like bullets in the wall."

Fortunately, none of the occupants were injured.

Hamish Payne was at McDowell's house at the time.

"It started pissing down, we walked outside and then here comes the tornado!"

Payne said he ran into the shed and when he tried to open the door the wind forced it shut.

The tornado quickly came and went, he said.

Emergency crews arrived shortly after and advised the occupants to vacate.

The pair said they were going to put the ordeal behind them with some KFC.

"We are all good, we are tough Kiwi blokes," McDowell said.