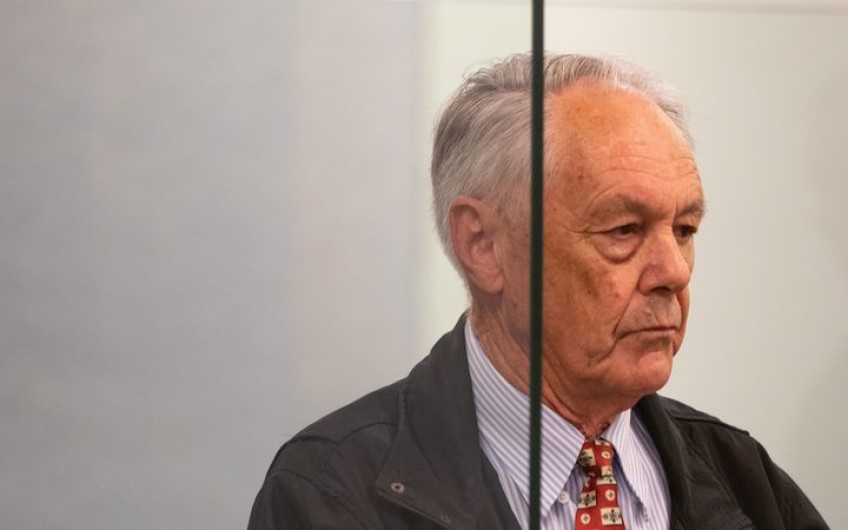 'I am not persuaded that you've shown any real remorse'

A multi-millionaire paid to have impoverished Filipino children treated like toys for his depraved sexual pleasure - while he sat in the comfort of his North Shore home.

Martin Henry Lawes, a former Takapuna Community Board chair and Justice of the Peace, was today sentenced to four and-a-half years in prison for three charges of dealing with children for sexual exploitation and importing and possessing pictures and videos of children being sexually abused.

Lawes paid $45,000 to charities who help child victims of sexual abuse. Today his lawyer asked for the payments to be taken in to account and an additional discount on his sentence.

And while that figure would seem a lot to the children in the Philippines who Lawes watched being sexually abused, it was less than half the amount Lawes spent on live sex videos over a nine year period.

Crown prosecutor Robin McCoubrey put it like this: "When he was interviewed by police and he was asked to estimate how much he'd spent on adult and child pornography in the Philippines, he gave a figure to police. And when it was suggested to him that was a significant figure, he said that he didn't think it was because of the large amounts he had in the bank.

"So if it's not significant at that stage, in my submission, it's not as significant at this stage. That's not to punish him for being successful or wealthy - but as a man of means, the payment of reparation has to be seen in that context."

The 75-year-old made contact with parents in the Philippines, parents who were willing to sexually abuse their own children while Lawes sat in his Takapuna home where he watched the live-streamed videos and directed the children and parents on what to do.

One of the children was just three years old.

Lawes' lawyer, David Jones QC pointed to a psychiatric report that showed his client was a changed man.

"One can see from that there has been a change, a real shift, in terms of insight and empathy and that is important. And so, when one looks at that, you have a man who is doing what he can to look into himself and determine what the drivers for the offending were and trying to address those things."

In sentencing Justice Wylie said Lawes was arrested after an international operation in the Philippines arrested five members of a child sex ring. Lawes had made payments totalling over $2000 to three of the members.

Lawes voluntarily gave his email password to the police which had led to investigators in the Philippines conducting a sting operation, arresting one set of parents and rescuing their three children.

The police found almost 300 videos and images of children on Lawes' home computers.

He admitted what he had done but he also downplayed his offending.

"You also stated that you were helping the people involved by giving them money as they were living in poverty and that you believed you were being exploited by the people in the Philippines, rather than you exploiting the children involved."

Justice Wylie said Lawes knew how young the victims were and that they were living in poverty.

"It is apparent from the examples of the electronic messages set out in the summary of facts that the abuse to which the children were subjected at your direction was very much at the higher end. It was degrading and dehumanising, I agree with the Crown submission that you were paying to have the children used as toys."

He said the online chat sessions showed the children were degraded and dehumanised at the behest of Lawes.

"But for anonymous voyeurs prepared to pay for such services, the trade of dealing in young people and vulnerable children for exploitation would not exist. It makes no difference to the child victims that they were being abused at the direction of a faceless and unknown person in a faraway country, they were still being abused."

Justice Wylie began with a prison term of eight and-a-half years but took time off his sentence for his cooperation with the police, his reparation payments and the full discount for his early guilty pleas.

But the Judge declined to give him an extra discount for remorse.

"I am not persuaded that you've shown any real remorse. Your initial reaction was one of entitlement and self-justification. Your attempts to understand your behaviour, and your payments to make amends, are very late in the day and I suspect result from the distress you are experiencing as a result of your present situation."

Stop Demand works to combat the sexual denigration of women and children. Founder Denise Ritchie was at the sentencing and said outside court that Lawes' fall from grace shows sexual predators came from all walks of life.

"The sexual exploitation, the sexual violation of children, is vile in and of itself but when people are using their wealth to exploit families and children in impoverished countries, it is particularly heinous."

Ms Ritchie said the case sent a strong message to other offenders.