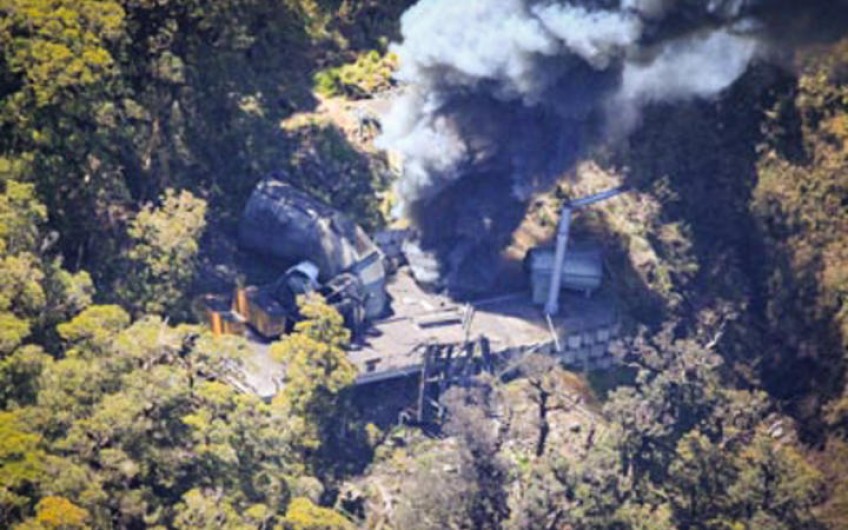 Pike River family representatives say human remains have been discovered as investigations into the disaster that killed 29 miners continues.

Detective Superintendent Peter Read is providing the major update on the Pike River Mine investigation.

Read said that at least two bodies have been seen in the deepest part of the mine and can not be recovered.

Reed said police told families today that they have recovered images from the boreholes which confirm two bodies, and the possibility of a third body as well.

The images were taken from the furthest reaches in the mine, and it is not possible to recover them. The images have been reviewed by pathologists.

Police are working with forensic experts to see what they can do to confirm identities.

Investigations to date show there were six to eight people working in that area.

The November 2010 disaster resulted in the deaths of 29 miners.

Police have been investigating bore holes at the site as part of a criminal investigation to see what evidence can be retrieved from the site.

Two days short of the 11th anniversary, Pike family representatives say the discovery of human remains in the investigation is a reminder of the need for justice in the case.

Rowdy Durbridge, whose son Dan was working in the area of the mine where remains have been found, said it was a shock.

"You know the guys are down there but to know they have been seen, it hits you hard," he said in a statement.

"We've fought hard for years now to get justice for our boys, and this is part of it happening.

"This is why we worked so hard to negotiate these boreholes and we'll be supporting the police in whatever way we can to take this further if it needs to happen."

In March this year, Minister Responsible for Pike River Re-entry Andrew Little said no more government money would be expended on the recovery.

But police have been investigating boreholes from the site as part of their criminal investigation into the tragedy, with the aim of proving or eliminating theories from the Royal Commission of Inquiry on what triggered the first explosion.

Anna Osborne, whose husband died in the mine, said families had seen images from police's borehole project but was limited on what she could say.

"We can't talk about the details of what we've seen because we don't want to put any future prosecution at risk, but we can say that what we've seen is starting to give real clarity about what happened down there," she said.

"This is an incredibly emotional day for all of us."

"It's a really stark reminder of the pain and the loss, but they add to a picture of the investigation and hopefully they'll go towards adding some answers for the families."

Police would not be releasing copies of the images. The drilling programme is expected to be completed by the end of the year.

Reed said police had "learnt quite a bit" from the images, and the information it had provided had been "very, very productive to date".

The images were taken in the auto bolt minor - the furthest away from the entrance portal. It had not had boreholes in it before.

Experts have been pouring over the images over the weekend, and police only got confirmation this morning, Reed said.

"So it's new information.

"We're working towards establishing where the source of the explosion is, but it's an ongoing process and I'm not really prepared at this stage to speculate on it because we still have an awful lot of work to do before we make a final decision in respect to that."

The borehole will be reimaged later this week.