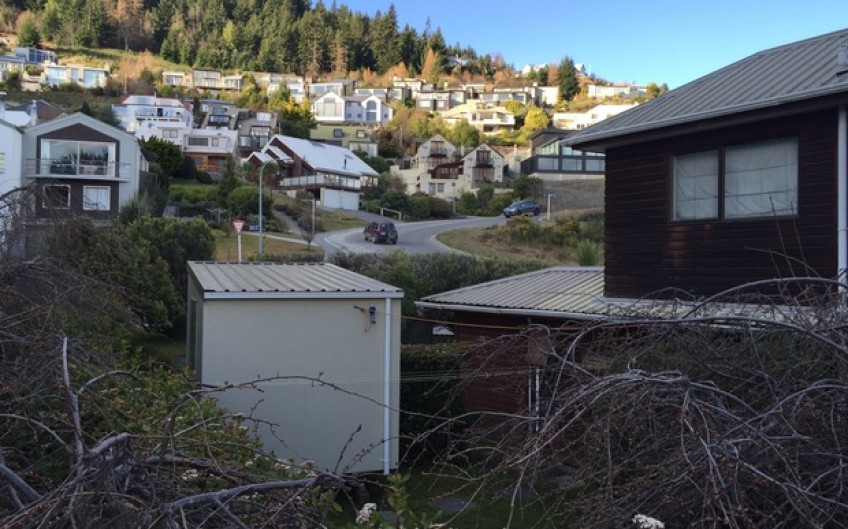 Queenstown's housing affordability crisis is deepening, despite the best efforts of the local council.

Property values have levelled off but the crisis is still growing with high rental costs, low-wage workers resorting to sharing beds and issues for neighbouring Central Otago.

At a recent mayoral debate Queenstown Lakes Mayor Jim Boult told the audience: "This council has done more for affordable housing for permanent people than any other council in New Zealand. I'm regularly told that by other councils elsewhere around the country and by government".

While he was right - the council has done a lot to address the affordability - there remained even more to do.

Property values eased in the past year but the average still sat at $1.175 million and rentals were now over $700 per week.

"We're now at over 600 households on our waiting list so that's probably up around 100 from the same time last year. So that waiting list is increasing at a fairly fast pace."

Rental affordability was compounding the problem.

"We're still sitting around $750 [a week] for a median three-bedroom rental property but I look at what rental properties are available through the flyers that come out and I think $750 is absolutely the starting point for most three-bedroom properties. You see up to $1000 a week easily."

The squeeze was now hurting middle-income workers, and households earning less than $150,000 a year would struggle to afford their own home, she said.

Housing on the hillside above Queenstown's shopping centre. Photo: 123RF

Hospitality New Zealand board member, Chris Buckley, said migrant and low-income workers were doing whatever it took to afford to live.

"Staff often come in sick because they are living in quite densely lived in homes. So there'll be three people or four people to a room. Or they'll hot bed or they just can't find a home so they're living in a van."

For the uninitiated, hot bedding was sharing not only a room but a bed with housemates and sleeping in shifts.

"One person sleeps and when the other person gets home [the first person] goes and that person is sleeping in the bed. So the bed is constantly used up."

The situation was impacting on service industries with staff harder to find and often moving on from the district sooner, he said.

He was even aware of hotels closing entire wings because they did not have the staff needed to operate them, Mr Buckley said.

Central Otago Mayor Tim Cadogan said the crisis was also gripping his district, with many living in the area now working in Queenstown.

As a result there was a lack of rentals and rental prices were being particularly hard felt.

"It's the surety of the tenure that is really, really worrying people because there are just so many stories of where the property has been sold because obviously it's a booming market so we're going to cash up.

"Quite a few are going to Airbnb.

"All of these varied reasons leads to people not knowing whether they're going to be in the same flat in six months' time, but they do know when they are out they've got a real battle on their hands," he said.

"I have heard of one example where a property got sold, the new landlord came in and said 'Your rent's going up $200 a week'. Boom. That's just a complete personal disaster for the family living in that house."

These factors led to the creation of the Central Otago Affordable Housing Trust, Mr Cadogan said.

The trust would be closely modelling its work on that of the Queenstown Lakes Community Housing Trust.

Mr Boult said his council's work would bear fruit in years to come, but there were no easy solutions to problems like hot bedding and overcrowding.

"Council can do a whole lot of things around it but the reality is what are going to do, go and bang on the door at night and see how many people are in the house? We can't do that we're not a police state. So it's very hard to control.

"What I'd rather do is actually address the issue by building proper itinerant worker housing kind of in the nature of student hall of residence style accommodation."

They had a couple of previous attempts to do just that which unfortunately fell over, but work was underway to try again and "that's the model we've got to go for", Mr Boult said.