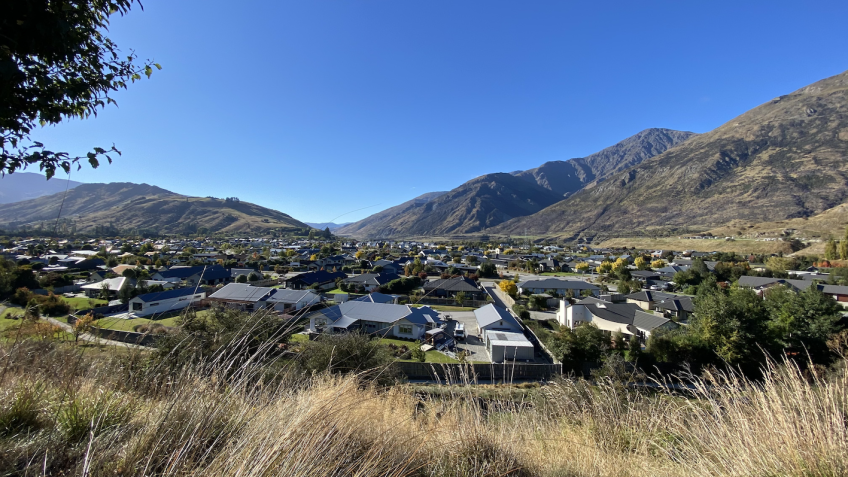 The housing affordability crisis is continuing to grow in Queenstown Lakes, even as property values decline across the rest of the country.

The average home value in Queenstown Lakes now sits at $1.7 million and rentals are rising with a three-bedroom home now a minimum of $800 per week.

The Queenstown Lakes Community Housing Trust's waiting list has now grown to about 820 households - one in 16 of all households in the district.

Trust chief executive Julie Scott said a proliferation of homes on Airbnb was adding to the crisis.

"Some people do use their homes a lot as holiday homes and there's no way they would ever rent it out on the open market, but there's others out there who just have their homes on Airbnb 12 months a year and we would love those homes to come back into the rental market. So we would love to have some incentives to make people put them into long-term rentals versus having them as Airbnbs."

Scott was blunt in her assessment of the housing market in the district.

"I think the market is failing the people of Queenstown Lakes - absolutely."

At $800 per week for the most basic of rental homes, rents were financially crippling for many families.

Among the more than 800 households now on the trust's waiting list was Barbie Hillcoat.

She moved to New Zealand, along with her son, from Argentina in 2020 to find a better life.

They had been living on the West Coast, but at the start of this year the teenage boy moved in with a family friend in Queenstown to go to high school, with his mother to join him once her residency was granted in July.

Hillcoat had also since moved to Queenstown, but they lived apart because finding a place for them both was impossible, she said.

"I've been going to every single viewing. You go to see a house and there's like 20 different people watching the same house and then you find the same group of people at the next viewing. It's horrible."

Her income was not enough even to cover the rentals which were available.

Recently she had seen a basic three-bedroom home listed for $1200 per week.

She would consider leaving Queenstown to find something more affordable, but would likely take a pay cut to do so and her son was now settled in Queenstown.

After the shock of moving halfway around the world, she did not want to have to move him again.

But the housing situation meant for months she had been unable to be there for him in the way any mother would want.

"It's frustrating and it makes me really sad. Like my son has been sick with fever and I couldn't be with him because I live in another house. These kind of things that a normal mother can do - I cannot do it."

Queenstown Lakes mayor Glyn Lewers agreed the number of potential rentals listed as Airbnb and short-term lets was a problem.

He believed the government needed to do more to regulate short-term letting.

Airbnb would not provide data on how many homes were listed on their site.

But data from AirDNA showed there were about 1500 entire homes currently listed for short-term letting in Queenstown Lakes and with an average daily rate of $420, it was easy to see why owners were opting for Airbnb over long-term rental agreements.

Lewers said housing affordability in the district was the worst in the country with homes costing about 17 times the median wage.

"There's a very good argument that it is unsustainable, considering three to five times is what's considered affordable. This is a structural issue that government needs to have a look at and we're in discussions with them to figure out something we can do together," he said.

Hundreds of people were missing out on hundreds of dollars of Accommodation Supplement entitlements, as boundaries which determined entitlement levels had not been updated to reflect current residential areas.

One family, who were living in a backpackers, had to take a funding cut to secure a home, Wilson said.

"They were living essentially in a backpackers. They found a house that came on to the market for essentially the same cost - it was an extra $20 or $30 a week for them. But they were caught out because it was in this area four place, so they lost their accommodation supplement completely."

A spokesperson for Social Development Minister Carmel Sepuloni said the government was reviewing the Accommodation Supplement as part of a wider review of Working for Families.

That review would not be completed until next year.

"Queenstown is a destination that has historically had a high proportion of holiday rentals and it is a world-renowned tourism destination with businesses, tourism employees and short term rental accommodation a crucial part of the visitor economy landscape.

"Airbnb has a passionate community of Hosts throughout Queenstown for whom sharing their home is vital to help them meet the rising cost of living.

"Many of our Host community are everyday Kiwis looking to supplement their income, with a number of Hosts hit hard by the pandemic and related border closures and increasing cost of living pressures."