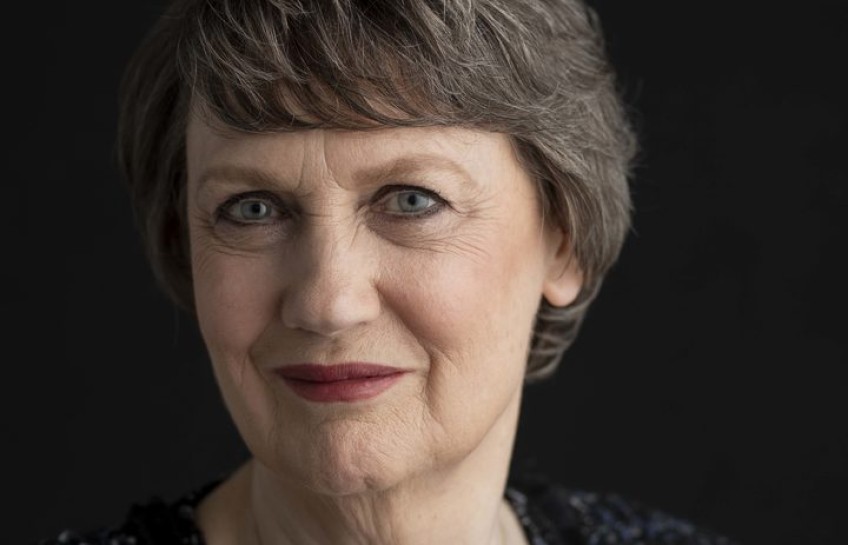 The UN needs a one-term secretary general who is not beholden to the veto powers of the security council if it's to be effective in modern conflicts, former prime minister Helen Clark says.

Helen Clark - former prime minister and head of the United Nations Development Programme, who campaigned to become the first woman Secretary General of the UN, now describes herself as a "freelance public advocate".

She's been in politics and the public eye since first running in local elections in the 1970s.

Just 31 years old when she first entered parliament, she led Labour to victory in 1999 and was prime minister for nine years before leading the UNDP in New York.

She was unsuccessful in her own bid to become the UN Secretary General in 2016, and has been unflinching in her criticism of the selection process and underlying sexism.

Speaking to Nine to Noon's Kathryn Ryan, she says the UN has three parts to its mandate - development and humanitarian work, human rights, and conflict resolution - and it's the last by which people judge it.

She says the veto powers in the security council is "pretty much" handicapping the effectiveness and efficiency of the UN in those types of conflicts.

"It locks us into the post-war settlement of 1945 which looks very different from the world of 2018, and it's proving near impossible to change," she says.

"Poor old UN organisation with its earnest officials and politics and peacekeeping ... somewhat stymied by member states who don't agree on things.

"So many significant issues really don't get dealt with effectively by the security council because there's a major power disagreement."

She says as well as the security council, the UN is facing financial problems.

"The secretary general over the years has found himself - and it's always been himself - somewhat constrained by member states micromanaging the budget.

"It is pretty strapped for cash at the moment, and I think perhaps some of the the relative silence we hear from the UN on some issues is because of its concern that one particular major player - which is the US, the biggest contributor with about 20 percent of the budget - may choose to throw its toys out of the cot again as it did in Kofi Annan's time and refuse to pay."

Along with a change to the system, a secretary general who can front-foot peace advocacy and is prepared to engage directly with troubled or troublesome leaders - like Bashar al-Assad, Muammar Gaddafi, Hosni Mubarak - is what's needed, she says.

"The special envoys obviously aren't cutting the mustard. It's been a long time since the Secretary General went to Damascus for example, or to Sana'a the capital of Yemen.

"The Arab spring quickly became the Arab winter for many: only one country which had an uprising has come out of it in a state of having a democratic constitution, people's rights upheld in the rule of law there - and that is Tunisia.

"With Gaddafi, yes he did fall, but Libya is hell on earth today with so many militias controlling its capital in a state of anarchy.

"Syria now has a number of its cities looking like Flanders at the end of World War One, so if we replay the record - could more have been done to open up a dialogue between these difficult leaders and opposition figures at a very early stage?"

"In my opinion, one way would be for there to be a one-term secretary general who gets on as the tireless security envoy for peace, not requiring the security council to micromanage every bit of movement because the person is not seeking reelection.

"I think if you're determined to only stay one term you can very much get on and do what you thought was right, which is pretty much what the outgoing [UN High Commissioner for Human Rights Zeid Raad Al Hussein] did.

"He made it plain about mid term, and that left him free to call out countries for significant human rights abuses."

She says the IMF has had strong leadership under Christine Lagarde and Dominique Strauss-Kahn before her, having taken a broad view to fiscal monetary policy than their predecessors, but other similar-scale organisations - like the UN, NATO, the EU, the World Bank - do not give their leader enough scope to lead.

"We need some leaders who are really going to put their elbows out and say 'I see a need here and I'm going to really assert myself and use the powers of my office'.

"A lot of the issues she's facing are not dissimilar to the issues I faced, we had the so-called 'winter of discontent', and we worked our way through that by engaging with people who wouldn't necessarily ever agree with us but wanted a hearing, wanted to know that their perspectives were incorporated in our discussions.

"I also dealt with ministers who didn't behave and had to make the odd change, so Jacinda will work through these issues in her own way, in her own style, she has my total support in doing that.

"I think Jacinda has resolve, I think she has inner steel, I think she's grasped the issue of business confidence and said 'I'll address it'."

She says Ms Ardern has made some bold moves like limiting offshore oil and gas exploration.

"Why would new Zealand want to define its economic future there when these sectors are heading for sunset industry status.

"I think there is the capacity with this government for transformational change and making bold plays on climate, very important to keep engaging on climate, put the facts out there and take people with you."

Miss Clark admits it's true that house prices doubled under her Labour government leadership - and although they doubled again under National's following three terms, that ball got rolling with her.

"But we also had a strong state housing stock and we had a sort of ambience where if a single family was living in a car it probably would have ended up as a press conference and a place would have been found - and not just a motel unit."

"I think we [the fifth Labour government] did quite a lot looking at enabling the sectors around ICT, design, creative industries, biotech, but then we seem to lapse back in the following years into just 'ride the dairy cycle, ride other commodities cycles', push for high-volume not high value tourism, high-volume low value education courses.

"This is not a future for New Zealand, we're going to see living standards continue to slide if we go on like that."

The next step for Helen Clark

Miss Clark says she's enjoying being able to direct her own future and is not looking for another high-profile role.

"Actually, at 68-and-a-half I'm not interested in another position.

"I have platforms on a range of issues, I'm deluged with requests to do this, do that, I'm largely focusing on the global platform that I have.

"I'm largely enjoying for the first time in my life since … ever, really, being free of institutions and being able to completely order my own diary and priorities."

She says she's still not looking to write a book - she wouldn't have time unless it was a retirement project, and "that's not in prospect at the moment".