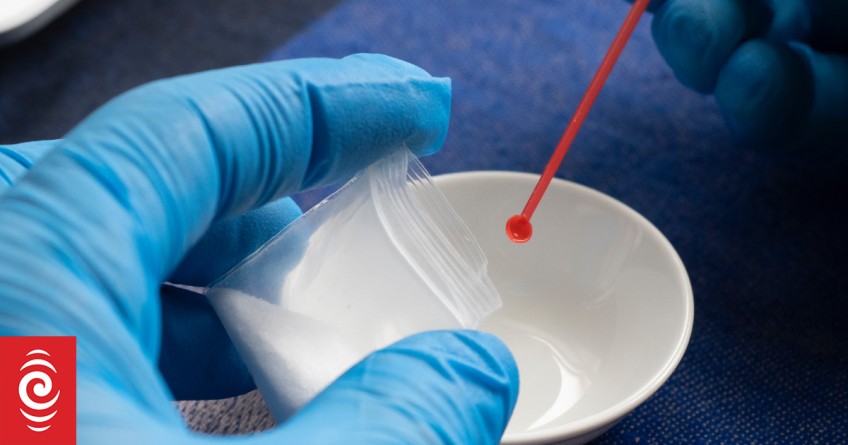 The government says boosting its investment in drug checking services could save lives this summer.

It has ringfenced nearly $4 million to help cover the costs of drug checking services at summer festivals and other events over the next three years.

"It's a health approach to this particular issue. It doesn't judge, point the finger or blame anybody, it just says you're going to use substances and you don't know what they are then please get them checked."

Last summer, testing by KnowYourStuffNZ found one in five drug samples included additional psychoactives and impurities the user was not aware of.

"This has the potential to save lives," Little said.

"We also know that this year there are some new substances circulating, usually components of and end product, particularly synthetic cannabinoids, and they have potential to do real harm.

"So it is important that if people are purchasing substances, casually or informally, and they aren't sure what they are that they that they do get them tested."

"The drug checking scheme in Aotearoa is at its infancy.

"We've got a long way to go but today's announcement is a really great step in the right direction," Helm said.

Drug testing services have been running at festivals since 2015 but were first legalised by the current government in 2020.

They are now run by four licensed organisations: KnowYourStuffNZ, the New Zealand Drug Foundation, the Needle Exchange Services Trust, and the Institute of Environmental Science and Research and included testing sites independant of events.

He says the money will not only reduce drug harm at events and festivals but greater accessibility to testing services was helping people make safer choices throughout the year.

"This is changing peoples behaviour outside of festivals. People are making sure to inform themselves and just being a bit more cautious and that's a bigger benefit of these testing services," Dr Weston said.

Dr Weston says when people discover a substance is not what they thought nearly two thirds don't take it, take a smaller dose, or avoid combining with alcohol.