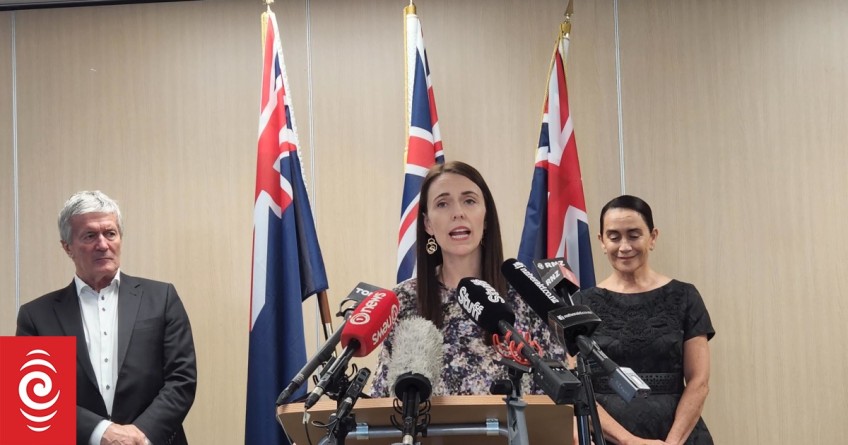 After a huge outcry from farmers the government has made some changes to its proposal to price agricultural carbon emissions.

It has released its response to the more than 23,000 submissions to its plan, though final decisions will not be made until next year.

"After listening to farmers and growers through our recent consultation, and engaging over recent months with industry leaders, today we have taken the next steps in establishing a proposed farm-level emissions reduction system as an alternative to the ETS backstop," Prime Minister Jacinda Ardern said.

Agriculture Minister Damien O' Connor said the government understood the need for greater certainty for farmers and growers in their business planning.

"We have committed to a five-year price pathway for levy rates from 2025, giving farmers the price certainty the have asked for out to 2030," he said.

The plan is similar to the its initial proposal, with emissions counted at the individual farm level, and biogenic methane from animals and nitrous oxide from fertiliser priced separately. Carbon dioxide from things like vehicles is not part of the pricing system.

However, a crucial difference is that instead of using the rising price of carbon to drive behavioural change, as the Climate Change Commission suggested, the government is now going to set the levy price as low as possible.

It will also increase what types of trees and vegetation on farms can be used to offset emissions.

The farming industry and Māori will be allowed to give input on setting the price of the levy.

The question of sequestration

Initially, the government wanted to exclude scattered stands of trees and shelter belts, but there was pushback from farmers who objected to being charged for emissions without being recognised for the full range of sequestration efforts.

Last month the government announced it was having another look at the strategy, and today said it was working on a process to recognise stands of trees that can be quantified in a "scientifically robust".

At a minimum it means that from 2025 management of indigenous vegetation and riparian margin planting done since 2008 will be eligible for offsets.

Initially the system will be managed in the pricing scheme, farmers will fill out a declaration about their eligible land at the same time as they report emissions data.

Payments would be available for the uptake of incentives and eligible sequestration.

Management of the system would transition to the ETS as soon as possible.

This ultimately means the trees and vegetation must be recognised by international methods of accounting for tree planting which counts towards New Zealand's targets and emissions budgets, but for now that higher standard would not be required.

The report said the ETS was the most appropriate mechanism to reward all forms of eligible sequestration from vegetation. Having one system that recognises sequestration for all landowners in Aotearoa is a coherent, efficient and equitable approach.

The government is proposing to reform the Emissions Trading Scheme (NZ ETS) to encourage interested parties to invest in science and research, to include further categories in New Zealand's emissions inventory and the emissions trading scheme.

There has been a change in the approach to driving behaviour change from farmers.

The Climate Change Commission's advice had been to let the rising price of emissions be the engine for innovation and for the take-up of new technology - with government hardship payments to help ease the transition.

But officials said this method would be too complicated to set up by the 2025 deadline.

Instead the government is following what the He Waka Eke Noa industry group wanted, to set the emissions levy at the lowest price possible to achieve the outcome, and to use the revenue generated to fund incentives to drive the behaviour.

In the meantime officials are working with the sector on options for transitional support.

What does the government say?

Prime Minister Jacinda Ardern said: "Our shared goal is supporting farmers to grow their exports, reduce emissions, and maintain our agricultural sectors international competitive edge into the future. By continuing to work through our different positions together, we move closer to achieving long term consensus on a plan that works.

She said our export markets wanted sustainable produced products and without a credible plan to reduce emissions the future of New Zealand exports were at stake.

"Tesco, the biggest buyer of New Zealand products in Britain, wants all their products to be environmentally accredited and reach net zero across their entire supply chain by 2050.

"And Fonterra has warned farmers it risks losing customers and facing trade barriers if it doesn't meet sustainability expectations, prompting the co-operative to look at setting a target for reducing emissions across its supply chain.

Who sets the levy, and how?

As well as hitting reduction goals, factors that will be weighed up to determine the levy include: the availability and cost of current and future mitigation; social, cultural and economic impacts on farmers and communities; and whether it will cause price increases that lead to loss of international market share.

The price of nitrous oxide would be capped for the first five years at a level that the sector would be no worse off than if the sector had entered the NZ ETS at this point.

Government ministers will be responsible for setting the levy with advice from the Climate Change Commission, but a board including agriculture sector representatives and Māori will give input.

It is proposed 'minor-emitting sectors', including swine, poultry, goats, horses, alpacas, llamas, mules and asses, be excluded from the pricing system in 2025. Photo: RNZ / Cosmo Kentish-Barnes

Meanwhile, the sector will help oversee where money raised by the scheme is spent.

Another change is that there are plans to allow groups of farmers to be allowed to band together on reporting and payment obligations.

Who is covered by the scheme?

The proposed farm-level pricing system would capture approximately 23,000 farmers and growers, which is around 96 per cent of the agriculture sector's emissions.

The legal point of responsibility would lie with GST-registered business owners who meet the following emissions thresholds (equivalent to 200 tonnes CO2-e per year):

550 stock units (inclusive of sheep, cattle and deer, calculated on a weighted annual average basis), or 50 dairy cattle, or applying over 40 tonnes of nitrogen through fertiliser.

It is proposed to exclude minor-emitting sectors (including swine, poultry, goats, horses, alpacas, llamas, mules and asses) from the pricing system in 2025. Over time, changes in emissions profiles could be addressed by reviewing exclusions and amending thresholds.

Agriculture is currently the only sector that does not have to pay for its emissions, despite being responsible for about half of green house gases.

Tee sector was allowed to work with the government and Māori to design their own plan which, if the government could agree on it, rather than be forced into the emissions trading scheme.

The agricultural pricing legislation will be introduced to Parliament by the middle of 2023.

He Waka Eke Noa partners, who jointly submitted on emissions pricing, said the report was moving in the right direction on the pricing system, though there was still work to do on the detail.

The partnership - farmers, industry bodies and Māori with the support of the Primary Industries and Environment Ministries - said it showed the government was listening to the sector.

"This is a high-level, direction-setting report and does not have all the detail farmers and growers will need, but it is an important milestone" He Waka Eke Noa Independent Chair Sarah Paterson said in a statement.

"It confirms that He Waka Eke Noa has been successful in putting the case for a farm-level split-gas levy instead of including agriculture in the New Zealand Emissions Trading Scheme."

The partners wanted continued focus on ensuring there is a balanced approach to price setting, and that the farm-level system was up and running by 2025 as they did not support the introduction of an interim processor-level levy.