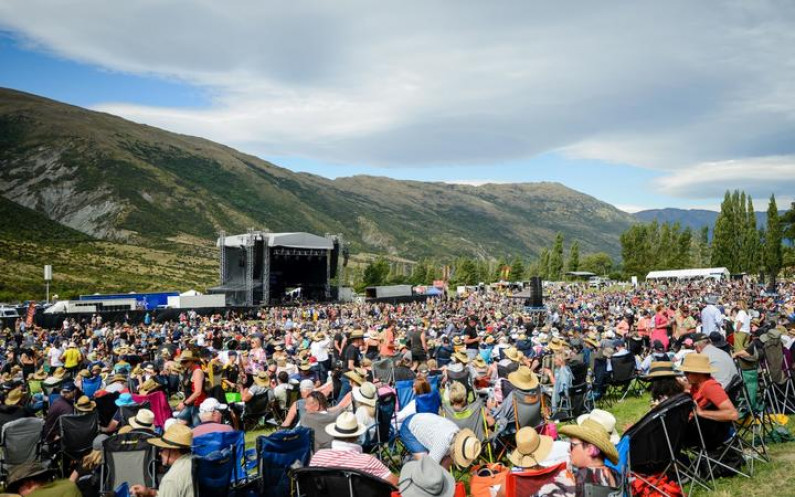 The annual Summer Concert Tour has been cancelled for the first time in 12 years due to Covid-19 and performers not wanting to go into managed isolation and quarantine.

The Gibbston Valley Winery stop on the annual Summer Concert Tour in a previous year.

Greenstone Entertainment had already postponed the usual January dates for the Whitianga, Taupō and Queenstown events out to March but now said it was unable to run the 2022 tour.

Chief executive Amanda Calvert said "with the current border restrictions, and the uncertainty surrounding the new Omicron variant, our international artists are not willing to spend 10 days in a managed quarantine facility".

She was saddened to make the announcement, with "millions of dollars of economic benefit" lost to the regions the tour visited, she said.

Greenstone said delivering the tour was "unfortunately ... simply not going to be possible".

A "fabulous international line-up" had been confirmed some time ago, it said.

However, it was not announced because it did not "feel it was appropriate to go on sale without knowing" where Covid-19 restrictions would be relating to things like the border, managed isolation and the traffic light system.

"Our extensive work to develop a bespoke MIQ solution was unfortunately not successful," Greenstone Entertainment said in a statement.

"We had anticipated that by March (given what was happening around the rest of the world) that we could expect some form of home quarantine to be available, which would have been acceptable to the artists."

The cancellation of popular New Years festival Northern Bass, which was delayed until later this month, was announced yesterday.