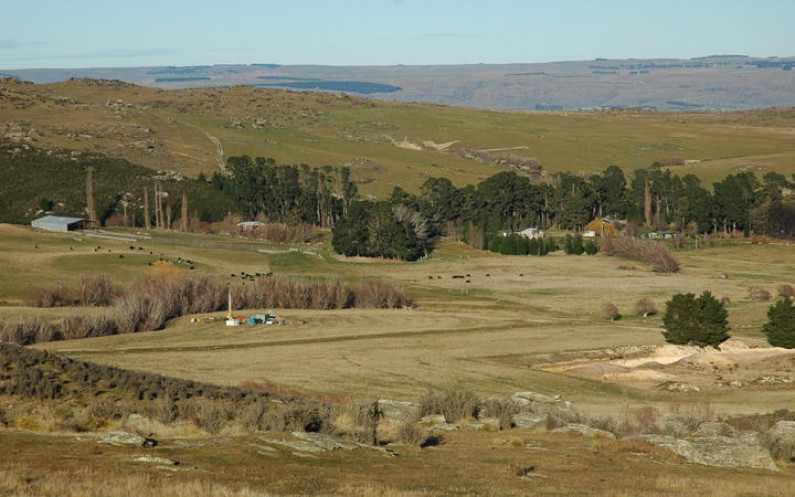 It's been two-and-a-half years since calls to preserve a fossil treasure trove in Otago were first made, but the site's future remains unclear.

Foulden Maar is the site of a crater lake from 23 million years ago.

The diatomite of the lake has preserved a fossil treasure trove and a climate record covering 100,000 years from that period. The maar is unique for New Zealand.

Foulden Maar was to be mined by Plaman Resources, but the foreign-owned company went into receivership in 2019.

The Dunedin City Council then signalled its intent to buy the 42 hectares owned by the company under the Public Works Act in November that year.

The act gives the council a year to follow through.

But more than two years on, the council has still refused to discuss the matter publicly.

The council responded with a two-sentence statement that did not address any of the above matters.

"In response to your questions, all we can say at this stage is the Dunedin City Council remains in discussions with the receivers. We are not yet able to comment on the details, but will have more to say in due course," the statement, attributed to a spokesperson, said.

All that was known of the council's intentions was that a valuation had been sought and provided for the 42 hectares and a report went to Dunedin city councillors in October 2020, but it was not public and was discussed behind closed doors.

A request by RNZ for the report under the Local Government Official Information and Meetings Act was refused by the council.

In response, the council said withholding the information was necessary to maintain legal professional privilege, to enable the local authority to carry on without prejudice or disadvantage, and allow negotiation including commercial and industrial negotiations.

Plaman Resources paid more than $600,000 for the 42 hectares of land and more than $5 million for the mining company associated with the permits to take the diatomite.

The area covered by the mining permit is surrounded by 430 hectares of farmland.

Before going into receivership, Plaman Resources had applied to the Overseas Investment Office to buy the farm so it could mine the diatomite reserves under it.

Plaman had intended to use the fossil rich diatomite as an animal food supplement for pigs, chickens and turkeys.

That plan drew the ire of many, including former Prime Minister Helen Clark, which led to the opposition to Plaman's purchase of the surrounding farmland and ultimately its demise.

It also led to the creation of the Save Foulden Maar action group.

Group spokesperson Shane Loader said the wait for news on the site was frustrating.

"We don't know really what's holding it up - we can only guess," he said.

"We think it's probably a dispute on the value of the land."

In the meantime scientists had been refused access to the site, and the public was no clearer on the future of a site of huge significance, he said.

"I don't know why the DCC is being so untransparent about it," he said.

"They may have their reasons. They're probably a little bit worried about invoking the Public Works Act as you're basically seizing private property ... so I'm wondering if they got cold feet.

Access for scientists was key, especially considering the information it might provide on future climate change, Loader said.