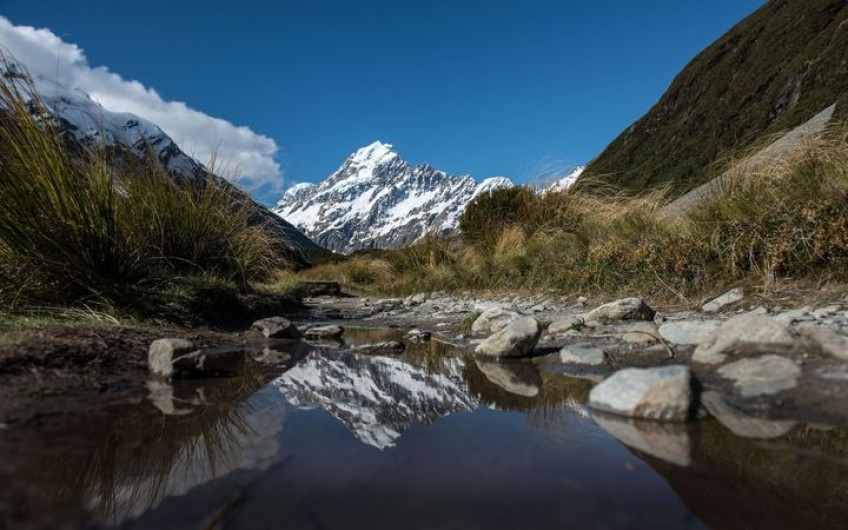 Managing tourist numbers and cutting aircraft noise are among a list of proposals for two South Island national parks, the Department of Conservation says.

The department has just released its draft management plans for the Aoraki-Mount Cook and Westland-Tai Poutini National Parks, which describe how the parks would be managed and take into account the impacts of climate change and increased tourism.

Each plan included proposals to manage high visitor numbers in the parks whose ecological systems and natural features were part of the Te Wāhipounamu World Heritage Area.

A new approach to authorising aircraft activity was also in the draft, Mr Swanson.

"As well as a zone approach for aircraft landings, we have been working with the University of Canterbury to develop a tranquillity mapping tool, to enable DOC and stakeholders to work cooperatively in the conservation of New Zealand's soundscapes and tranquil places."

Westland-Tai Poutini operations manager Wayne Costello said the impacts of climate change would mean changes to the way fragile areas are looked after.

"For example, in the Franz Josef and Fox Glacier valleys, climate change means the glaciers are further back - there's lot of instability, in the Fox valley in particular, and that might change how we have to access the valleys."

Mr Costello said there was a plan to allow people to walk dogs on some tracks in the Westland park.

"One of the points that was really important to locals who live alongside the park in Franz Josef, were some opportunities to walk dogs on a couple of tracks in the national park.

"That hasn't been provided for in the past. In fact dogs are not permitted in national parks."

Consultation was now open for the next two months.

Mr Costello said every bit of feedback would be fed into the draft plans.

"They will ensure the views of New Zealanders and how they want to see the parks managed into the future, are represented."

Public hearings were scheduled at the close of submissions. The revised plans would then considered by the conservation boards before going to the New Zealand Conservation Authority for approval.