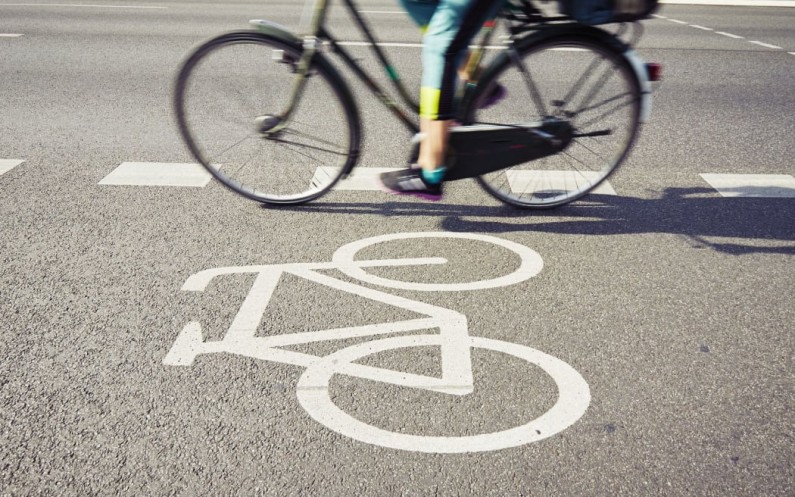 The country's cycleway building programme faces a tough choice to either defer, delay or blowout on projects.

The situation is not being helped by mistakes at the Petone cycleway, which contributed to the pricetag more than tripling to $63m. This has including a million-dollar "clerical error" and planners forgetting to include basic items, such as a contingency.

Little investigation was done at Petone, and the list of nasty surprises include contaminated land costing 10 times more to get rid of than expected.

Waka Kotahi documents released under the OIA, show that in November, nationally, the cycle-walkway programme faced an overspend of almost 10 percent above the target of $618m, to $670m for the 2021-24 period.

"Should the current cost escalation trends ... continue ... without some project delays or deferrals ... it is likely there will be an overspend/breach of the board approved investment target of $618m," a board paper says.

Waka Kotahi said in a statement yesterday it has had to choose which cycle-walkways were a priority to fund. It did not say which were made a priority, except that some were in Auckland and some in Wellington.

The $670m did not account for several projects that were facing cost overruns this year, including at least overruns of $17m in Auckland.

It's not just Covid-19 pressures accounting for the overruns either.

An artist's impression of the next part of the cycleway, from the Hutt into Wellington, beside the harbour from Petone to Ngauranga. Construction has yet to start on this section. Photo: Supplied / Minister of Transport

"An administration error of $1m has been discovered," a report said in February 2022, two months after the project was allocated an extra $24m.

"The error has reduced the project's contingency resulting in a higher likelihood" of even more budget being needed.

"A 'lessons learnt' discussion has been implemented."

Though the cycleway is squeezed between railway tracks and SH2, the first detailed business case in 2017 "erroneously" forgot to allow for coordination with KiwiRail, the papers said.

Getting KiwiRail's engineering and site approvals have slowed work to a crawl since November 2021.

The business case also forgot to allow for quality assurance, managed costs or a contingency.

When Waka Kotahi realised this, it suspended the project to look again its cost-benefit ratio.

Back then, it was put at 1.2, or $1.20 back for every $1 put in. But the latest cost overruns have slashed that in half, to just 0.6. This also fractionally reduces the ratio of the whole Wellington-to-Hutt cycleway, costed at $200m-plus, of which Petone-Melling is just the start.

In 2015, the entire Melling to Bunny St, Wellington, cycleway was forecast to cost just $50m.

The Petone project was restarted by NZTA in early 2019. By then its budget had almost doubled to $33m, with a new $2.8m contingency, but was still badly flawed.

It was "not in accordance with our standards", says a board paper under the title 'Lessons learned'.

"Only five specific risks were captured in the contingency, and no contingency was allocated for unidentified risks, particularly important in a project with a high degree of uncertainty and long duration," it said.

What was needed were "rigorous cost estimation practices", it said.

The impact of a substandard budget soon showed through - from $33m, the forecast cost rose to $39m, then, late last year, to $63m.

A lot of the blowout was "due to ground conditions within the narrow corridor".

There "had been no access to the corridor to complete investigations prior to tendering".

The "consequence of not doing proper investigation prior to construction" include:

having to spend almost $5m disposing of 16,000 cubic metres of "lightly" contaminated soil. Only $500,000 had been allowed for this. having a lot more KiwiRail and Vodafone cables to relocate than expected. Planners had "assumed minimal services"; some utilities were not shown on KiwiRail's plans. a forced redesign because of clashes with railway traction poles.

The project began without knowing who would maintain the cycleway. Hutt City Council looks like it will and without agreement about relocating carparks. Talks with Greater Wellington Regional Council are going on.

Higher costs do not equate to speedier work.

In April, eight out of 12 workstreams were running more than a month late. The completion date is now May 2023.

The delays have sparked noise complaints from residents, it said.

The project has been pruning costs by redesigning a crossing at Marsden St and parts of a ramp at Normandale, reducing resurfacing at Petone Station carpark and agreeing to a less fancy fence.

Even so, the project in April, facing $4.6m in extra Covid costs, was talking about needing more money.

Other complications include a breach of consents pumping water contaminated with heavy metals out of the new underpasses.

Asked for an assurance it knows what it is doing, NZTA said yesterday the Petone project had "proven to be more complex than anticipated", with challenges that "were not known in detail" at the start.

One option last November was pulling the plug. But "no benefits would be realised and the sunk cost is $41m," the OIA documents said.

Delaying it would cut the extra funding to one eighth, but add $10m to overall costs eventually, the advice said.