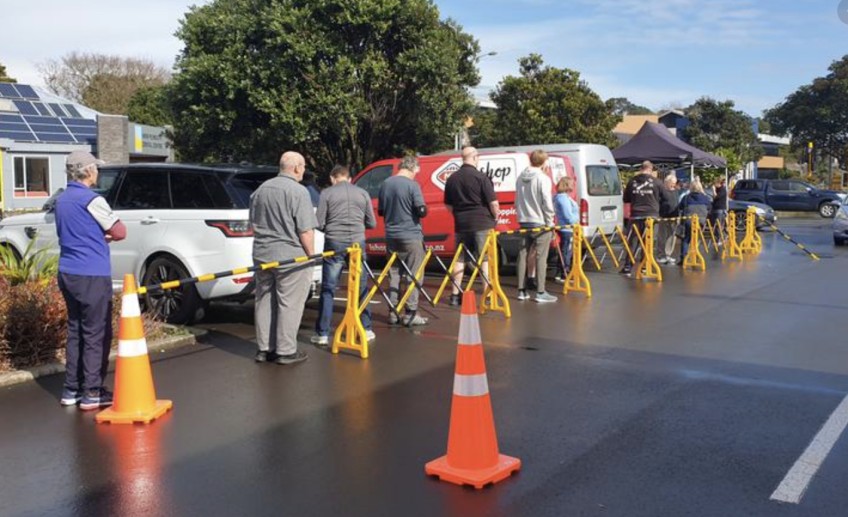 There are 172 new community cases of Covid-19 in New Zealand today.

In a statement, the Ministry of Health said the new community cases are in Northland, Auckland, Waikato, Bay of Plenty, Lakes and the Nelson/Tasman region.

There are no additional cases to report today in Hawke's Bay, Taranaki, Wairarapa, Wellington or Canterbury.

There are 10 new cases in Nelson/Tasman today - including one that will be officially added to tomorrow's figures - this takes the number of active cases in the region to 14.

The ministry said these cases are made up of two clusters, with 11 in one and three in the other. "A possible connection between the two clusters is being investigated."

Two schools in Nelson - Enner Glynn School and Broadgreen Intermediate - have had cases. Both schools have temporarily closed while close contacts are identified.

Two new cases in Northland include one in Kaitaia and one in Kawakawa and both are close contacts of known cases.

There was also an unexpected wastewater detection in a sample from Ahipara taken on 25 November. The ministry said while this may be connected to cases isolating in the area, people living in the area are urged to get tested if they have even mild symptoms.

The 15 new cases in Waikato include six in Kawhia, three in Te Kūiti, two in Hamilton, two in Ngāruawāhia, one in Huntly, and one is under investigation.

The one new case in the Western Bay of Plenty is a household contact of a previously reported case and was already self-isolating at home when they tested positive.

The ministry said 117 of today's new cases are yet to be linked.

There are 86 cases in hospital, including nine in intensive care. The average age of the patients in hospital is 45.

There were also two cases in managed isolation today.

The ministry said there have now been 8745 cases in the current community outbreak and 11,525 since the pandemic began.

Meanwhile, a Nelson school, which closed after a staff member tested positive for Covid-19 yesterday, anticipates up to 40 students and staff may be close contacts.

Some are urging officials to move faster on vaccinating children, but Director-General of Health Ashley Bloomfield said there were no plans at this stage to bring the timeframe forward. Although it was still under advice, he said.