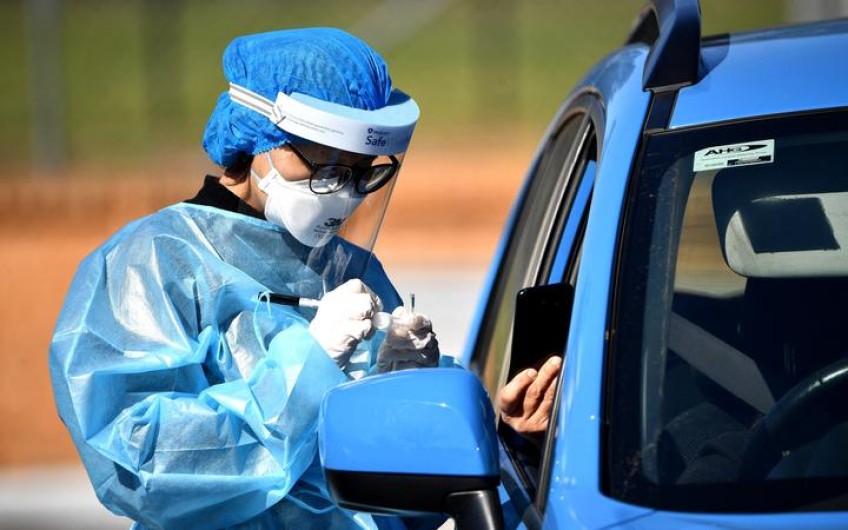 There have been 478 locally acquired cases of Covid 19 and seven deaths were recorded overnight, NSW Premier Gladys Berejiklian said at a briefing today.

Meanwhile, a lockdown in Melbourne has been extended for two weeks beyond Thursday night, and a night-time curfew has been re-imposed.

A 15-year-old boy also died - he was receiving treatment for a serious medical condition and was also a confirmed Covid-19 case.

Today's figures are the highest number of Covid-19 cases and deaths recorded in a single day since the beginning of the pandemic.

There are currently 391 Covid-19 cases admitted to hospital, with 66 people in intensive care, 28 of whom require ventilation.

There were close to 157,000 tests taken during the reporting period.

Sixty-one cases were infectious in the community, and the isolation status of 290 remains under investigation, the premier said.

"We will see the numbers come down when people stay home and when people don't move about unless they absolutely have to."

Tougher Covid-19 restrictions have been announced in Melbourne, including a curfew, the closure of playgrounds, and a two-week extension of the current lockdown.

Premier Daniel Andrews said the new restrictions would come into effect at 11:59pm tonight and be in place until 2 September and come amid concerns about compliance with current lockdown restrictions.

"We are at a tipping point. There's simply no option today but to further strengthen this lockdown and to, on the advice of the Chief Health Officer, extend it for a further two weeks.

An 8pm to 5am curfew was introduced across Melbourne in August last year during the city's second lockdown, and was in place for almost two months.

Victoria has recorded 22 new locally acquired Covid-19 cases, 14 of whom were in quarantine during their infectious period.

The results were detected from 29,986 test results processed on Sunday, when 19,880 vaccination doses were delivered at state-run sites.

Melbourne's Delta outbreak has continued to spread, with several new clusters emerging despite nearly a fortnight of lockdown.

The number of exposure sites exceeds 530, with a Carlton public housing tower and a residential apartment complex in North Melbourne among recent additions.

The ACT has recorded 19 new locally acquired cases of COVID-19, taking the total number of active cases in Canberra to 28.

One of today's new cases was a student at Lyneham High School, who attended classes over four days while infectious.

Another of the cases is a worker at an aged care facility in Tuggeranong who had received one dose of a vaccine and was unwittingly infectious for three shifts at work.

The ACT government has also extended the ACT's lockdown - initially set to end this Thursday - for another two weeks, until at least 2 September.

The Northern Territory has recorded one new case of Covid-19, a man in his 30s who spent time in the community while infectious.

"We are in lockdown until midday Thursday," he said.

"The positive case is a man in his 30s, who travelled to the Northern Territory for legitimate work purposes on Thursday 12th of August.

"As a recent international arrival he had been in 14-day quarantine in Sydney."

Gunner said the man visited "various locations" in Darwin CBD over the next few days and he would be announcing the possible exposure sites shortly.

Elimination not a strategy - Morrison

Morrison said elimination has never been the ultimate goal in Australia, and any state leaders who continue to enforce strict restrictions once a certain percentage of adults are vaccinated are undermining his government.

Queensland to tighten border with NSW

Queensland has recorded no new cases of Covid-19 either in the community or in quarantine in the past 24 hours, Premier Annastacia Palaszczuk said.

Border controls are set to be strengthened from Friday.

Essential workers with an exemption to cross into Queensland - including emergency and health workers - will need to have had at least one dose of a Covid-19 vaccine.

There are 129 active cases of the disease and 3325 people remain under home quarantine orders.

Chief health officer Dr Jeannette Young said it had been 10 days since there was an infectious case in the Queensland community.

There were 9209 tests conducted in the past 24 hours and 6724 vaccines were administered by Queensland Health.

The WA government has expanded its Covid-19 vaccination programme to include anyone aged 16 to 29.

"I know many young people are very keen to get vaccinated and do their part to keep themselves, their families and their community safe," he said.

The expansion coincides with a two-week state government vaccination blitz, where it is predicted more than 160,000 doses will be administered over the fortnight.

More than 1.3 million vaccine doses have been administered in WA, but the state still has the lowest vaccination rates in the country.