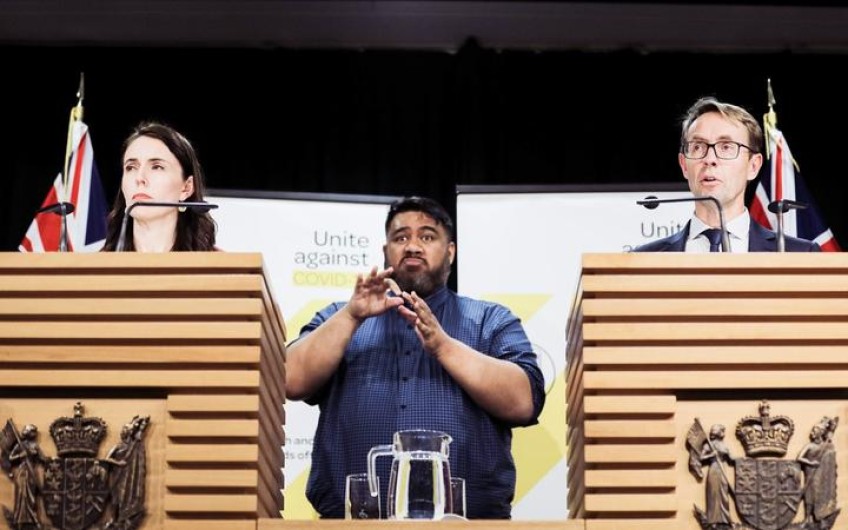 Covid outbreak: Everything you need to know

Ardern and Director-General of Health Ashley Bloomfield briefed media after a Cabinet meeting on the Covid-19 community case identified in Auckland today.

The Ministry of Health today said a link between the case and the border or managed isolation had not been established.

Health officials had been interviewing the case so contacts could be traced and any locations of interest identified.

This evening health officials released five locations of interest in the Coromandel, which has been published on the Ministry of Health website.

In announcing the government's decision Ardern said going hard and early had worked before and that the Delta variant was harder to combat.

Bloomfield said they were assuming it is the Delta variant. The man, a 58-year-old male from Devonport, on Auckland's North Shore, lives with his wife.

She was tested yesterday and returned a negative test.

Bloomfield thanked the person who tested positive for going for a test and emphasised although he wasn't vaccinated, he had booked in to get his jabs.

Ardern said it was not a matter of if but when the variant arrived in the community.

"I want to assure New Zealand that we have planned for that eventuality and that we will now be putting in place that plan to contain and stamp out Covid-19 once again," Ardern said.

"Going hard and early has worked for us before, while we know that Delta is a more dangerous enemy to combat the same actions that overcame the virus last year can be applied to beat it again."

The man is a frequent user of the Covid-19 tracer app.

Locations of interest have been identified in both Coromandel and in Auckland.

Five locations of interest in Coromandel

The contact tracing locations of interest include Star and Garter Hotel, Umu Cafe, BP Gas Station on Tiki Rd and Taras Beads. The man visited them between 13 and 15 August.

Further locations between Coromandel and Auckland are likely to be identified.

There will be additional testing centres in Auckland tomorrow and all district health boards will ensure there is efficient testing capacity.

Dr Ashley Bloomfield said it was reassuring wastewater tests on North Shore had so far not detected any signs of Covid-19. Photo: RNZ / Samuel Rillstone

"This case was identified in Auckland but it is a national issue," Bloomfield said.

New Zealand was one of the last countries to experience a case of Delta, Ardern said.

It is a "game changer" and the country only had one chance to get on top of it, she added.

It will be for three days for all of New Zealand but for seven days for Auckland Coromandel, Ardern said.

"We have made decisions on the basis it is better to start high then go down levels," she said.

We have seen the consequences of not acting quickly enough, she added.

The underlying principal of level 4 was to reduce contact to a bare minimum, Ardern said.

"I ask New Zealanders to please follow the rules to the letter."

People must stay at home in level 4, only leaving for essential services, she said. "And if you undertake these activities, please wear a mask when you leave your house."

Stay 2m away from anyone you pass, don't congregate and don't stop to talk to your neighbours, she said.

"We know from evidence overseas, that the delta variant can spread just by walking past someone.

The public can drive locally to essential services, such as the supermarket, but need to stay 2m away from others and wear a mask. The public are asked to wear a mask when they go out anywhere.

"Remember to always act like you have Covid-19. Stay clear of others and don't put them in harm's way," Ardern said.

The government will provide the necessary financial support over the coming period.

Vaccinations will be suspended for 48 hours.

Bloomfield echoed her warning and said even with high vaccination rates, the country would still need to have public health measures in place.

Health officials will be looking at what extra protocols might need to be put in place before the vaccination campaign resumes.

Bloomfield said it was reassuring wastewater testing in Auckland last week did not show any signs of Covid-19, which indicated infection is not widespread.

Bloomfield says the most important thing is to stop the outbreak, which requires stopping people's movement.

Ardern and Bloomfield will provide another media update at 1pm tomorrow.