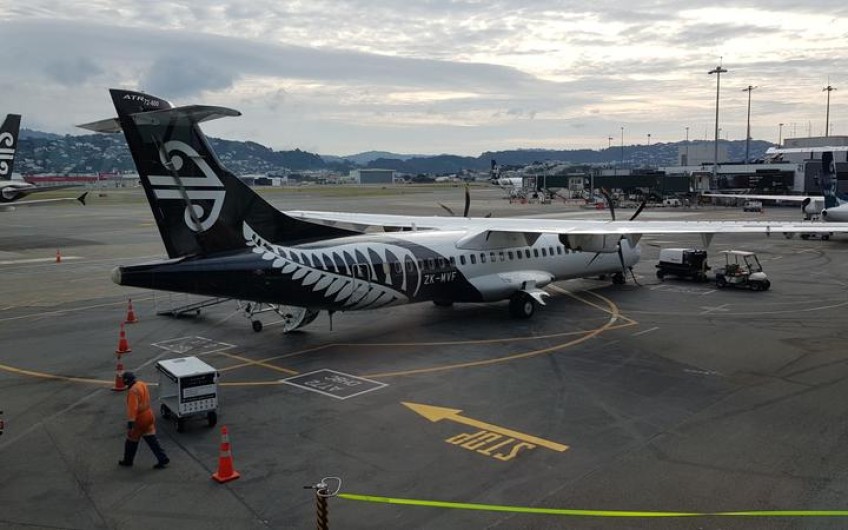 It has told its workers they must take all their leave soon, a move a union says is not in the spirit of the law.

Meanwhile, two other airlines are in crisis talks with one, Virgin Australia, which is just hours away from canning its entire operation here, 550 jobs.

RNZ understands other crisis talks are going on at Qantas-owned stablemates Jetstar and Jet Connect.

Air New Zealand has got a near government loan bailout but still aims to cut perhaps 30 percent of its 12,500 staff.

It had been proceeding by seeking staff buy-in to its cost-saving measures, which "was great", E tū assistant national secretary Rachel Mackintosh said.

"For the next two weeks, everybody will just be paid as normal," she said.

"And then after two weeks, they want people to take all available leave for everybody who isn't required to carry on with essential work."

It was not as if employees were required to use up their leave before the employer could seek a government Covid-19 wage subsidy, Mackintosh said.

"This is out of the blue.

"If people use up all their leave now when they actually don't want a holiday, then it's an issue. It's probably marginally legal because you can give two weeks' notice of annual leave - but [only] when you've tried to work with people on a suitable time for them to take leave and failed."

A staff member at Wellington Airport told RNZ, with tears in his eyes, that the directive had left him questioning what was going on.

Air New Zealand did not respond to a request for comment.

Meanwhile, Virgin Australia expected to wrap up talks with E tū and the Air Line Pilots' Association within 24 to 48 hours.

"We've regrettably had to make one of the hardest decisions anyone would ever have to make - and that is to make our New Zealand-based employees redundant," Virgin chief executive Paul Scurrah said.

"That's the consultation process started today ... we will be consulting with them over the next 24 hours to work out the way this is done."

The airline employs 200 pilots and 340 cabin crew at bases in Auckland and Christchurch.

"I've been made redundant two or three times in my career as well, I know how painful it can be," Scurrah said.

All redundancy that is due would be paid out, he said.

He said he wrote to Prime Minister Jacinda Ardern a week ago to ask how together they might support workers.

"I haven't heard back from the New Zealand government so... I don't know. We tried, and unfortunately, we were faced with this decision."

Virgin said it cut operations here as a priority, to safeguard its Australian business.

Scurrah indicated it could be a long time until the airline returned to New Zealand, as all flyers would be cautious, post-pandemic.

"I think what we'll see is, in many ways, it'll bring us closer together once the restrictions are lifted ... the ties between both countries are very deep and will recover."

Virgin Australia has stood down 8000 of its total 10,000 workers in Australia.

E tū director Alan Clarence is in the talks with Virgin.

He said prospects for cabin crew were "pretty grim".

"It's pretty hard to transfer within the [Virgin] group because it would mean going to Australia which is in lockdown as well," he said.

Crew were "very anxious, they're worried and, and they're upset".

Jetstar and Jet Connect employ another 200 pilots in this country, and like Virgin, are poised to chop international flights entirely on Monday next week.

Virgin said it had approached companies including supermarket major Foodstuffs to see if they had any jobs going.

Ground handlers at airports will also be affected.