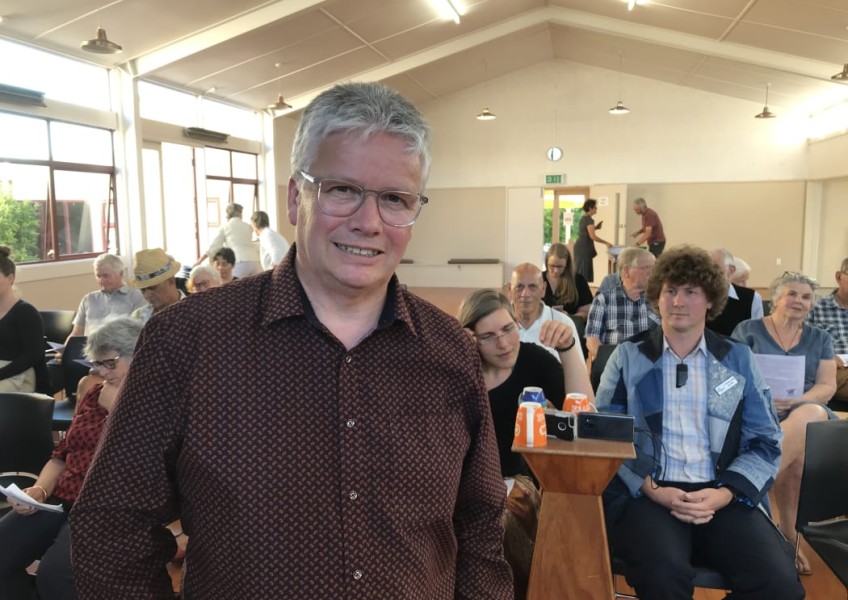 A former New Plymouth mayor has criticised the council for lack of transparency about why its chief executive is absent from his post.

Craig Stevenson, who earns about $370,000 a year, is on leave for an undisclosed period following an emergency council meeting last month.

The behind-closed-doors meeting set up an investigations subcommittee to look into what is believed to be an employment issue.

Andrew Judd who was the New Plymouth mayor between 2013 and 2016 said one of the most important relationships a mayor has, is with the chief executive.

"In my time as mayor and I can only really talk about my time, we always rolled completely transparently because it's not a private organisation it's a public entity.

"And the relationship between a CEO and the mayor is crucial for a council to run in an effective and transparent manner, so to sit back and see all these resignations and changes one would have to question what's going on in that relationship and in that office."

The new deputy chief executive Kevin Strongman has only just started in the role.

Its head of communications Jacqueline Baker has stepped in as interim acting chief executive.

Judd says it would be a difficult time for the council's 700 employees.

"Well certainly all these things filter through the whole team not only politically but in the community and through the staff.

"And it would appear the council through its minimalistic approach to responding to the issue makes it look worse. It makes it look like you're hiding something."

Judd also didn't think much of the interim appointment of Baker to the top job.

"Having your comms person then become the fill-in CEO raised my eyebrows.

"If I was a councillor and not part of the executive grouping who know what's happening, I'd be very put out by that because the CEO is appointed by the full council."

He appreciated the council had obligations to Stevenson as his employer but was concerned issues at the organisation ran deeper than that.

New Plymouth businessman and 2019 mayoral candidate Max Brough said he was worried what the exodus of top talent meant for aspiring councillors at the upcoming elections.

"It indicates something is not quite right down there.

"We've now got the chief executive on leave - can't say anything about that for obvious reasons - but that's not a good sign for an incoming council in terms of what they might have to grapple with," he said.

"It's probably a bit of a hospital pass in some ways because all the technical expertise has departed the building from the top."

He said the uncertainty about the chief executive's role was unsettling.

"And now we've got the number one man - whose also had a very good scorecard - he's up and left or he's suspended or I'm not quite sure what because there's no word coming out, so it can't be a good situation."

Brough said the appointment of the communications manager as interim acting chief executive could be a masterstroke.

"It's definitely good when you're in a bit of bother to have the person whose in charge of the PR being in charge of everything for a while until the dust settles."

The current mayor Neil Holdom declined an interview but in a statement stood behind the council's senior staff.

"NPDC has a highly capable leadership team which has a history of growing executives into chief executives and outperforming many larger councils in terms of quality of services delivered to our people and value," it said.

"Council has full confidence in our Acting Chief Executive Jacqueline Baker and our award-winning senior leadership team to continue to effectively manage the organisation and deliver for our community each day, every day, 24/7/365."

Taranaki Chamber of Commerce chief executive Arun Chaudhari was happy enough with how the council was handling the situation.

"I think council has been fairly transparent about why people have moved on and with the chief executive there's very clearly some internal matter being processed and that's good, it's their problem.

"The business community isn't affected ... for businesses, it's business as usual."

"The council is a very strong body and they've got very strong teams, so there's nothing to be overly concerned about. Council is too strong to rest all its value on just a handful of people."

Stevenson told RNZ he was unable to comment about the situation.

He has been the chief executive of the NPDC - an organisation with assets in excess of $3 billion, an operating budget of close to $180 million annually and 700 staff, since 2016.

He joined from the South Taranaki District Council which he led for 14 years.