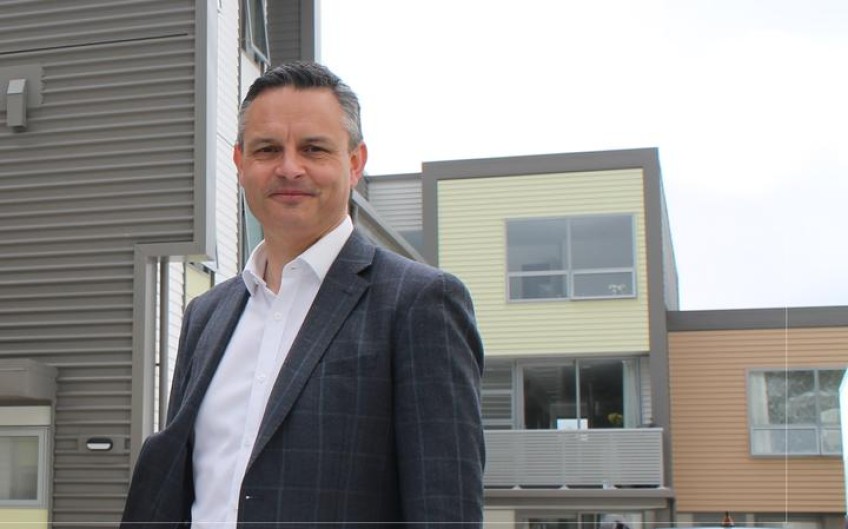 New Zealand is heading for a major upheaval under a landmark plan to combat the climate crisis - but the sectors in line for the most serious change are already showing signs of resistance.

The Climate Change Commission has released a draft blueprint with recommendations on how to slash emissions to ensure the country is carbon neutral by 2050.

Among its proposals: a ban on conventional car imports, slashing livestock numbers by about 15 percent, the closure of Tiwai Point, and a ban on gas hobs in new houses.

The government calls it this generation's nuclear-free moment - radical reform required in the face of rising global temperatures.

"It will be a challenge, but if we rise to the challenge then the opportunity that is in front of us is huge," Climate Change Minister James Shaw said.

A huge opportunity with huge ramifications - and the challenge different for different sectors.

Under the plan mapped out by Climate Change Commission, the coal mining and oil and gas industries will be hit hard - up to 1100 jobs gone by 2035.

"That depends on whether or not you think that the future, that the Commission has painted, will come to pass and I'm not convinced," John Carnegie, head of oil and gas lobby group PEPANZ, said.

By and large, Carnegie said he found the report thoughtful and nuanced.

But its recommendation to stop gas connections being installed in new homes - he calls a distraction - one which would cost consumers a lot for little upside.

"There's a lot of water to go under the bridge between now and 2035, and we're quite confident that there's going to be a role to play for oil and gas in the New Zealand economy going forward," he said.

New Zealand's roads are set for a shake-up too under the Commission's vision, with a proposed ban on any new petrol cars coming into the country at some point between 2030 and 2035.

By that end date, it wants two fifths of the light vehicle fleet to be electric.

"It's a very tough task, but it does start to focus the mind for New Zealanders about what we need to do if we are going to achieve carbon neutrality by 2050."

For Crawford, the timeline for the import ban may be too ambitious - outpacing other countries and car manufacturers too.

He says consumers will need incentives of some sort to shift New Zealanders to electric vehicles - like the feebate scheme spiked by New Zealand First last term.

"If you want to move faster than the market, you need some government assistance to do that," he said.

The agriculture sector, too, is in line for some adjustment.

Federated Farmers likes the Commission's shift away from mass planting of pine - and the way methane is treated separately from carbon dioxide.

Even so, president Andrew Hoggard said the methane targets proposed looks too high.

He also questioned the plan to cut stock numbers - while maintaining production.

"It's not an easy shift, sometimes we don't live in a perfect world and sometimes best intentions, it's not that easy to achieve."

The final report will go to the government before the end of May - then it will need to decide what to do with it.

Climate Change minister James Shaw told Morning Report the biggest challenge the government faced over the report was getting the balance right between different industry sectors.

"Every sector is going to be saying 'it's too tough, you need to go harder on another sector' but then how do you balance it out?

"I think that the Commission has done a pretty good job of that in their draft advice. But it is going to come as a bit of a shock to some people."

Shaw said New Zealand would not meet its targets under the Paris Agreement if it did not enact the Commission's plan.

He said he also took a great deal of hope from what the report said.

"Although it is a very steep decline in emissions over the coming 10,15 years, the report does say that we have the technology available today, it doesn't require any new kind of magic science to show up in the next 15 years, and also, the cost of the transition is far, far lower than we had previously estimated."

Shaw said the government will ensure regions that rely heavily on fossil fuels for employment, such as Taranaki, have alternative options for work.

"That is the importance of having these five year budgets and having three in place at any one time, so you've always got a 15-year forward view, that gives businesses a long enough time horizon to be able to make plans and to invest in alternatives.

"It (also) gives the government enough time to put in place transition plans and work with workers and industries and unions and local communities on those transitions."

Shaw said the report also had good news for farmers as well.

"Up until yesterday, our projections were that we would need about 1.1 million hectares of land converted to forestry in order to act as a carbon sink.

"What the commissioner saying is that we need to press on actual reductions at source much, much harder than on offset forestry, and they're talking about limiting forestry to something like just over 700,000 hectares. That should address one of the key complaints that farmers have had about the plans so far."