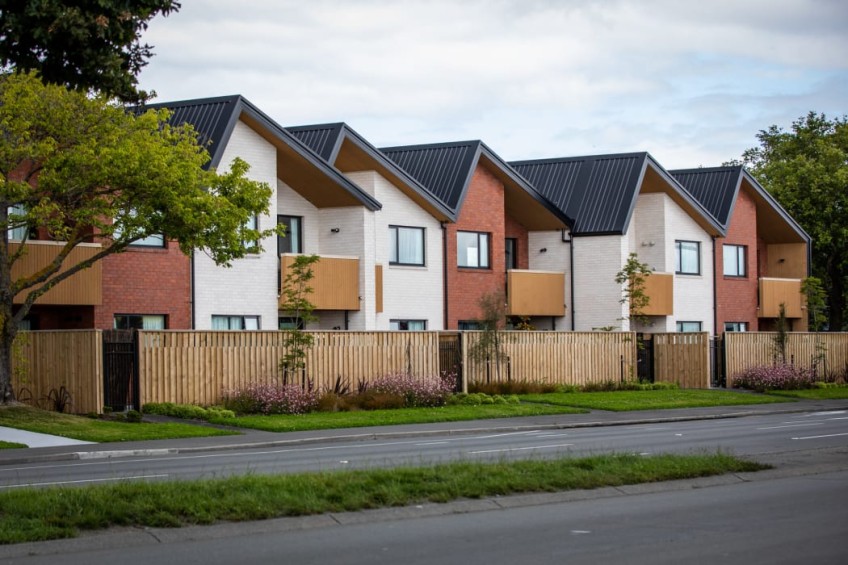 It voted not to introduce the standards 10 votes to five, with one abstention and one absence - even though councillors were told beforehand if they did not pass it, a commissioner may be appointed to do it instead.

The controversial national standards are already in place in Auckland and Wellington.

Inside the council chambers, the room was tense as residents sporting 'vote no' and 'stop daylight robbery' signs clapped, cheered and booed during the council debate.

Councillors were fired up, banging on benches as they made their arguments, egged on by the crowd.

Deputy Mayor Andrew Turner began his remarks with the most popular point of the day.

Central government appeared to be working off an assumption that sufficient housing was not already being built in the city, councillor Pauline Cotter added.

"We know there have been almost 5000 dwellings consented in the past year in Christchurch and that these tiny cramped boxes with no gardens are selling for $600,000 to $700,000 plus," she said.

It was clear what needed to be worked on in Christchurch was housing affordability, not supply, Cotter pointed out.

Linwood Ward Councillor Yani Johanson urged his fellow councillors to stand with their community to stand up to central government.

"This city has a proud legacy of having a strong social and environmental conscience and doing what is right," he said.

"From Kate Sheppard to the nuclear-free movement, to the People's Republic of Christchurch - it is time to do it again. The right thing to do is not to notify this because there is widespread community concern about the impact it will have on the well-being of local residents."

But councillor Mike Davidson said while the council should be wary of the one-size-fits-all approach, there were some good pieces of planning in it which would help future proof the city.

Spreydon councillor Dr Melanie Coker summed up how difficult the decision was for councillors.

"Do we bow down and let the government walk all over us? Or do we stand up for what we believe in?" she asked.

"I want to vote no, not to notify to give the proverbial finger to the government and let them take full responsibility. I also want to vote yes to notify to try our best to protect our character and heritage areas and trees in our suburbs."

Outgoing Mayor Lianne Dalziel rounded out the vote with a warning.

"I have to support us holding onto the process because it will be worse if the council does not," she said.

Riccarton Bush-Kilmarnoch Residents' Association chair Tony Simons has been pushing the council to vote against it, along with 16 other resident associations.

The final vote still came as a bit of a surprise, he said.

"I'm proud of our councillors for having done that."

It is now up to the government to decide how it will respond.

Minister of Environment David Parker said he had been notified of the decision.

In a statement, he said "I am expecting to receive advice from the Ministry for the Environment and Ministry for Housing and Urban Development on this issue, including the reasons for the council's decision".