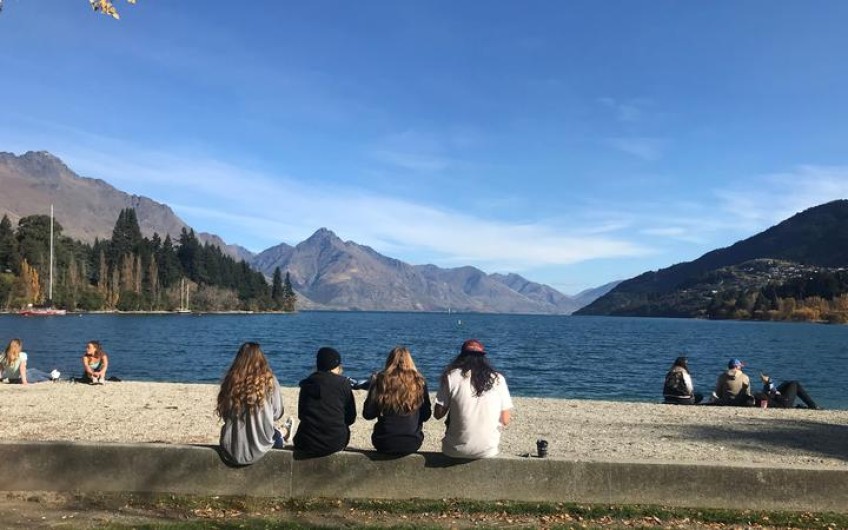 Tourism operators are keen to roll out the welcome mat for international visitors but say the current isolation rules will keep many away.

Tourists from countries apart from Australia will need to wait until October to visit the likes of Mt Cook. Photo: 123RF

On Thursday, Prime Minister Jacinda Ardern unveiled a five-stage plan for reconnecting Aotearoa with the world.

Australians and other travellers who do not need a visa will be the first tourists allowed back in with a promise they would have bags on airport carousels no later than July, while other international travellers will need to wait until October.

As the Queenstown Ice Bar opened its doors for the first time on Friday, the owners had a new spring in their step.

Future Hospitality Group operates several businesses in the resort town and decided to launch the new bar despite the uncertainties of operating in a pandemic.

"It means the world. It's incredible, and having a plan is exactly what we needed all along so we just know where to get to, to stage it out and how to plan our business, and to make sure we're ready for everybody getting back," he said.

Haines hoped it would ease the staffing issues for the resort town.

The announcement meant more certainty, for business and for his staff who have family overseas, he said.

"It's absolutely wonderful and we're all very, very excited."

Pre-pandemic, the majority of Auckland Seaplanes' guests - about 80 percent - were international.

Its chief executive Chris Sattler was glad there was a plan, but said New Zealand was lagging behind when it came to reconnecting with the world.

"I can't understand why Queensland can let New Zealanders into Australia without having to isolate now, whereas the Queenslanders who want to come here have to wait until July possibly."

Travellers would have the same self-isolation period as close contacts, starting with 10 days and transitioning to seven under the next phases of the government's approach to Omicron.

Sattler said European and US travellers often planned up to 15 months ahead.

He was concerned the self isolation rules would stop travellers in their tracks, especially when they could go to Australia isolation-free.

"We've got people who have now rebooked three times. They wanted to come in 2020, in 2021, in 2022. Some of them are rebooking and they're still hoping to come. But the others, they just [are] not making new plans because they don't know what the situation will be."

Australian skiers on the wishlist

He was keen to see Australians on the slopes of Mt Hutt, Coronet Peak and the Remarkables this winter, but said they could be deterred if they had to self-isolate first.

Some large skifields drew 40 percent of their business from Australia pre-pandemic.

Anderson was not expecting the border reopening would make a huge difference to skill shortages this winter.

"Probably the timing for the workers doesn't line up too well because most of our workers would need to get to that visa free travel, which doesn't sound like it will be until July.

"There are critical and skilled workers going to be able to come in, I understand, in March. However, I think the criteria that's been put on those workers is too crude."

Those workers would have to be earning one and half times the country's median wage to be allowed in.

Tourism Industry Aotearoa spokesperson Ann-Marie Johnson said it was progress but some operators might be forced to close if holidaymakers weren't arriving before next summer.

"However, the prime minister did signal that there was the possibility that those timelines could be brought forward if the pandemic progresses to the point that we can reduce the self isolation requirements.

"So there will certainly be some that are hanging out for that to happen and will continue just to hang on by their fingernails."

Long-term planning might be a challenge for international airlines and cruise companies, she said.

"They're planning right now for next summer and if we can't give them any certainty about when we'll be reopening the borders to visitors without self isolation, they may be reluctant to confirm some of those routes and services."

Now they had a plan, businesses were hopeful isolation would be gone before tourists could return.

A welcome sign at Auckland Airport as flights started under the Trans-Tasman bubble in April 2021. Photo: RNZ / Dan Cook