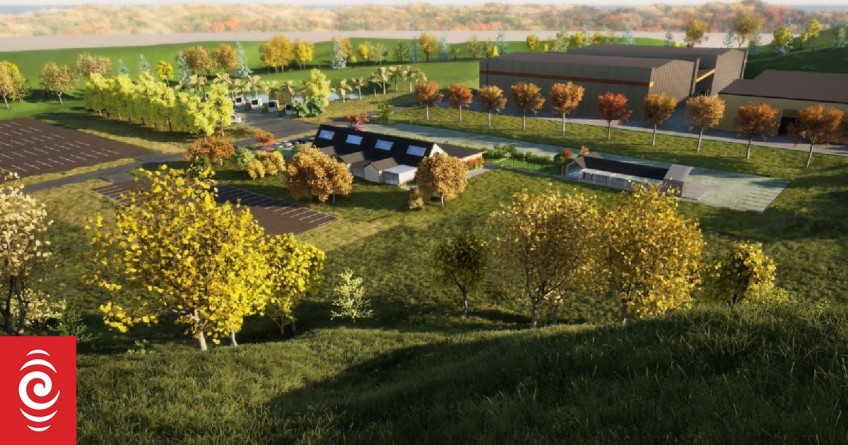 Could Tom Cruise's next stunt see him jumping off Te Mata Peak in Hawke's Bay? It could happen now a new film studio has been given the green light.

Some say it would be the greatest thing ever for the region, while nearby residents have raised concerns.

The $40 million Parkhill Studio would be in Te Awanga, near an iconic Hawke's Bay view of vineyards, rolling hills, farmland and beaches, and close to one of the region's landmarks - Te-Kauwae-a-Māui (Cape Kidnappers).

"One of the big attractions for us is water - water is kind of the holy grail, a beach that you have access to that you can use almost uninterrupted, lakes, rivers, streams."

The development would have studio buildings, construction workshops, a catering cafe, more than 300 carparks and a helicopter pad.

Slade said it was a brand new direction for Hawke's Bay.

"It's an unknown location, really. It's never had any significant filming happen here, so from our perspective it's called a virgin territory. It enables people to come in here and look at different spaces differently."

The studios will also contain campervans for actors to stay in, if need be. Photo: Supplied / Parkhill Studios

There are rumours Oscar-winning director Ron Howard would be interested in working here.

So would this be the spot for the next Avatar, Lord of the Rings or The Power of the Dog?

"I like the way that you've gone top shelf - some of the biggest movies in the world," Slade said.

"This facility for us it's more middle-of-the-road, sort of more The Power of the Dog to be honest, and it doesn't necessarily have to be an enormous production to be incredibly good."

"I'm honestly thrilled, I think this is the best thing that could happen to the region - the jobs that will come from it.''

A group of nearby residents, along with a local kindergarten, expressed concern over increased traffic and noise. Some declined to comment and RNZ could not get hold of others.

But Redstone said the road may become busier over time anyway, as new developments pop up. And the road could become the main access route from Te Awanga to Haumoana due to coastal erosion.

The studio will be close to Te Awanga Estate and Cape Kidnappers, which can be seen here. Photo: Supplied / Parkhill Studios

Slade said Number 8 would work with the council and locals over their concerns.

Richard Gaddum, spokesperson for Save the Plains, said the land was mainly ash which was not very productive, so he was in full support.

This week's approval is just the resource consent - the next stage is getting building consent.

Optimistically, Slade wanted the studio up and running in 18 months.