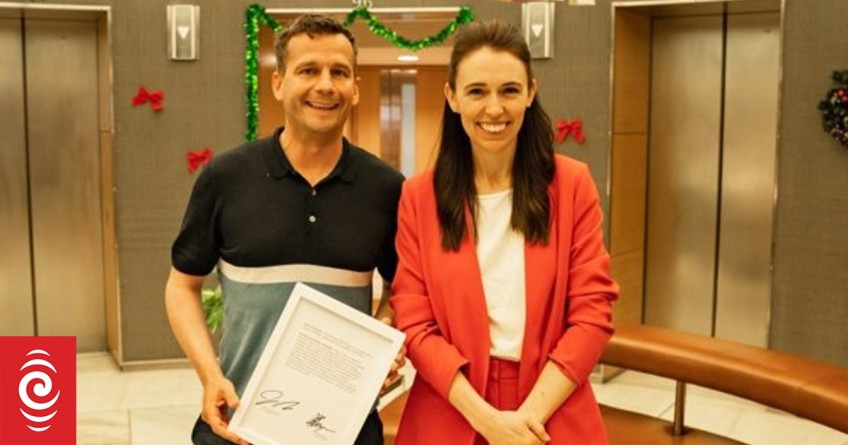 The framed copy of the infamous Parliamentary debate in which Ardern's microphone picked up the words "arrogant prick" directed at Seymour has become one of the most viewed items ever on TradeMe, with nearly half a million views.

More than 280 bids were made on the auction, which closed just after 1pm today.

The remark - muttered by Ardern to her deputy after a combative question from Seymour on the second-to-last sitting day of the year - was picked up faintly by the debating chamber's microphone and preserved in the official Parliamentary transcript.

Seymour said earlier that it was great that political foes can put their differences aside to champion a cause.

"Taking the particular politicians out of it, it makes me so proud to be a kiwi.

"Political commentators have said to me they couldn't imagine this in any other country, not even Australia, and I think that says something special about New Zealand's culture and politics that we should always seek to hold on to."

Before the auction closed, Seymour said the amount raised far exceeded his expectations.