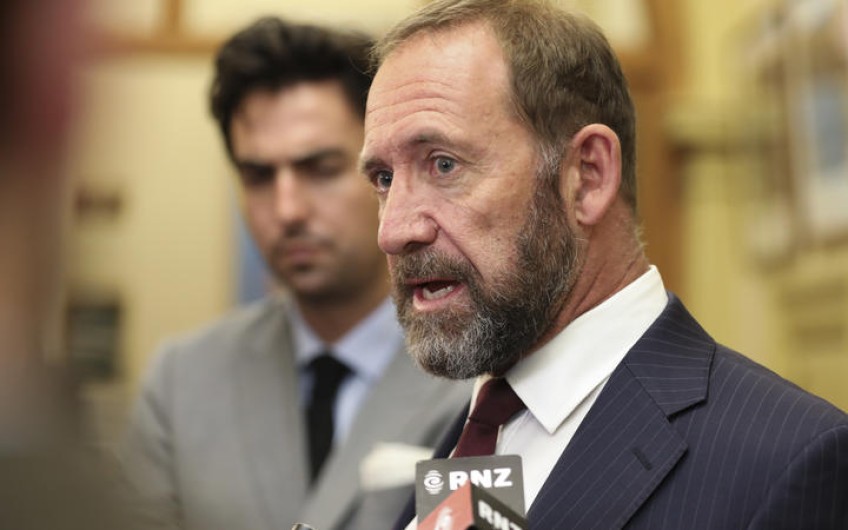 Abortion law would only require a medical test for women who are more than 20 weeks pregnant, in proposed changes announced by the government this morning.

The government has released the details of a Bill which would remove abortion from the Crimes Act and instead treat it as a health issue.

It comes after months of stalling and back-and forth negotiations between coalition partners.

Currently, the law allows for abortion to be performed only to save the life of the mother, or to preserve her physical or mental health, and only if the procedure is approved by two doctors or consultants.

One option was that the decision would be for a woman and her doctor, another that a mental health assessment be carried out for all abortions, and a third would require a woman's mental health to be examined only after 22 weeks of pregnancy.

However, the government has opted for a different option, requiring an examination if a woman is more than 20 weeks pregnant.

After 20 weeks, a health practitioner would need to determine that they reasonably believe the abortion is appropriate with regard to the pregnant woman's physical and mental health, and wellbeing.

Justice Minister Andrew Little said the bill would modernise New Zealand's abortion laws, bringing them into line with many other developed countries.

"Abortion is the only medical procedure that is still a crime in New Zealand. It's time for this to change.

"Safe abortion should be treated and regulated as a health issue; a woman has the right to choose what happens to her body.

"The safe systems and regulation that we need to do this are already in place through other health legislation and codes of professional practice within the medical profession. Oversight of abortion services would be transferred from the Abortion Supervisory Committee to the Ministry of Health", Mr Little said.

The Bill, which will have its first reading on Thursday will:

Remove any statutory test on the health practitioner for a woman who is not more than 20 weeks pregnant. For a woman who is more than 20 weeks pregnant, require the heath practitioner to reasonably believe the abortion is appropriate with regard to the pregnant woman's physical and mental health, and well-being. Ensure that health practitioners advise women of the availability of counselling services if they are considering an abortion or have had an abortion, although counselling will not be mandatory. Ensure that a woman can self-refer to an abortion service provider. Enable a regulation-making power to set up safe areas around specific abortion facilities, on a case-by-case basis. Ensure that practitioners who object to providing services on the grounds of conscience must inform the pregnant women about their objection, and that the woman can obtain the services elsewhere. Retain the criminal offence for unqualified people who attempt to procure an abortion on a pregnant woman or supply the means for procuring an abortion. Retain the criminal offence of killing an unborn child for any person who causes harm to a pregnant woman and in doing so causes the death of a fetus.

The Bill will be treated as a conscience issue, meaning MPs will be able to vote independently at each stage.

More than 200 people marched to Parliament late last month calling for reform of New Zealand's abortion laws, on the day ministers in Cabinet's legislative committee considered draft legislation that would remove abortion from the Crimes Act.

A petition posted on the Parliament website in May gained 37,856 signatures before it was presented in July asking MPs to remove abortion from the Crimes Act.