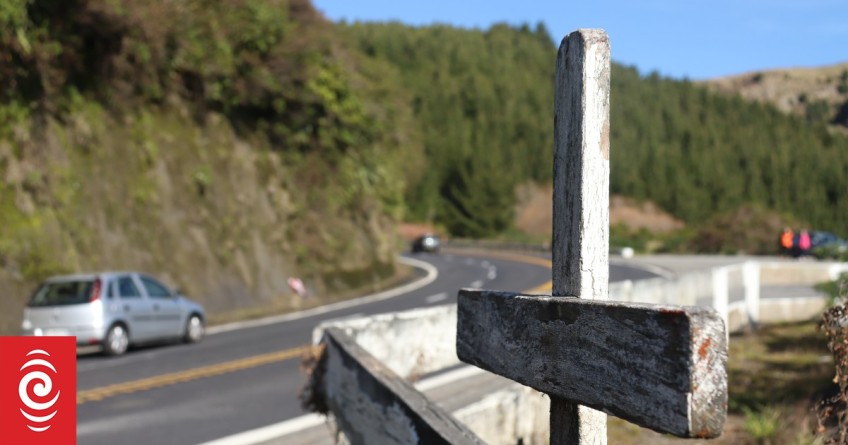 As 2022 came to a close, the Ministry of Transport's road toll count reached a provisional figure of 378 people killed on New Zealand roads during the year.

The 2021 and 2020 final road tolls both reached 318 road fatalities in each year - meaning this year's toll surged 60 people higher.

That increase in deaths is equivalent to about two classrooms full of people more who were killed on our roads in the last twelve months, compared to the previous years.

However comparing annual tolls year-on year was not particularly helpful, because of "natural variation year-on-year", Sherritt said: "What you should be comparing is more around like a five-year average, how we're tracking against that ... a longer term approach."

The final road toll five years ago (2018) was finalised at 378 deaths in that year, meaning at this point the 2022 provisional tally eerily mirrored the same figure.

Sherritt said the speed and geographic spread with which the country improves roading infrastructure and enforcement and policing of road rules were key to reducing the number of people killed on the roads in the future. As is improving the policies surrounding roads.

With four days left in this holiday period, by the last day of 2022 the Waka Kotahi provisional toll had reached 14 people killed.

The official 2022-23 Christmas New Year holiday period began at 4pm on Friday 23 December and ends at 6am on Wednesday 4 January 2023.

Five years ago, over the 2018-19 holiday road toll period, there were nine deaths. The tally then dipped lower in the year after that (2019-20), to five deaths.

Acting Commissioner of Police Glenn Dunbier said the roads were expected to be busier than usual in the next few days, and called for drivers to focus on safe driving.

"As families start heading home to go back to work or relocate to another holiday location, we remind all drivers to be patient, keep calm and expect delays," Dunbier said.

"If you're feeling fatigued take a break.

He warned travellers to expect delays, and recommended allowing extra time for travel and making stops along the way to enjoy the journey and break it up.

"Make the most of summer and get home safely."

Two pedestrians died after a one vehicle crash about 9.15pm on 31 December, north of Gisborne, close to the Rhythm and Vines festival site.

One person died and three others were injured after a car rolled in Sefton, north of Christchurch, just before 8pm on 31 December.

One person died after a crash on State Highway 1, near Brynderwyn, north of Auckland, about 2.30pm on 31 December.

Two people died after a car crash in Massey, West Auckland, reported to police shortly after 4am on 31 December.

Two people died in a single vehicle crash on Evans Street in Timaru on 29 December. Police were notified of the crash about 7.45pm.

Two people died after a two vehicle crash in the Wairau Valley of Marlborough, on 29 December. Police were notified of the crash about 6pm.

A youth died in a single-car crash in Whangārei on Puna Rere Drive. It was reported to police just before 9pm on 27 December.

Edendale-Woodlands Highway, it was reported to police about 7.20pm on 26 December.

A person died after a car fire near Mimi, north of New Plymouth, in Taranaki.

A 19-year-old woman died after a single-vehicle crash and what police described as a 'serious incident' on State Highway 20 in Māngere, Auckland, leading to the arrest of a man. The crash was reported to police about 3.20am.

One person died after a single-car crash in Rongotea Road, Manawatū, which was reported to police about 12.20am.

One person died after a car crashed on Kotata Rise in Whangārei. It was reported to police shortly after 10pm on 24 December.

The Transport Agency Waka Kotahi noted its figures for 2022 and 2023 were provisional - ie, in some cases investigations were still ongoing as to how the deaths occurred, and figures could be adjusted later.