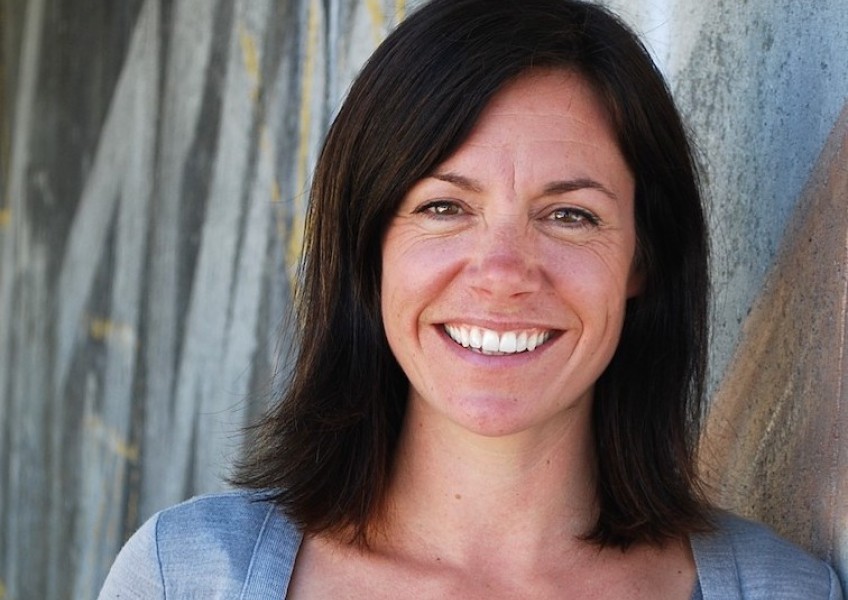 Taking the cliche out of sustainability

Cliches, ideologies and buzz words are rife in our everyday workplace meetings. Take innovation or sustainability for example, both are overused to the point where we don’t always understand the connotations with which they are received.

This sustainability thing seems to get good airtime, and is most definitely a buzzword, so what does it look like in a growing antipodean town in New Zealand? To understand this we have to look at our economic models as well as our cultural references. So let’s give it a bash:

Firstly, before jumping to definitions, it’s crucial to explain our current economy where, by-and-large, we extract natural resources, we make stuff and dispose of said stuff to landfill after its use. Think plastic spoon/furniture/mobile phone etc. This is often referred to as the Take-Make-Dispose Economy, or the linear economy. The linear system is not sustainable as it's heavily resource-dependent, highly wasteful in its processing and there are no plans for the products’ end of life. This waste created during processing is known as an externality, and externalities are paid for by society, by way of dirty rivers, dirty air, toxic landfills, loss of habitat etc. The externalities are not paid for by the corporate which profits from the manufacturing process. They are paid for by us and earth’s flora and fauna.

A different view of our economy is one which is restorative by nature, a circular economy, a regenerative system. The goal is to minimise leakage and the negative externalities (previously paid for by society in the linear model). The vision is to see the capital value in products and recover that valuable resource within a loop. Its success is measured by how efficiently it recovers resources back to the loop. Our current global recycling model is built on this concept but fails massively. In over a 40-year period of recycling, it’s predicted that only 14% of material has been fully recovered back to the loop. The rest falls out of the loop or is downcycled only three or four times before it reaches its end of life. Fast forward to today, we see ocean gyres of plastics/waste, where the only (short-term) winners are the producers of this stuff, and the longterm losers are everyone else, including those who consumed the stuff.

Sustainability as defined by Brundtland (1987) is “meeting the needs of the present generation without compromising the ability for future generations to meet their own needs.” A circular economy is about measuring the success of economy on more than just money and GDP.  When we hear the word "economy" we often think of money. Economics is not about money. Money is a tool to help evaluate something, but it can also be a veil. Take the notion of the Native American proverb “only when we can’t eat money”, only then will we understand the value of natural resources for natural resources' sake. Can we live with natural resources and not with money? Yes. Can we live with money and no natural resources? Um, we struggle to know how! To date, The West has lived on an economy of abundance, based on exploitation of labour or natural resources elsewhere. There are predictions that this may be flipped, as developing countries may leap-frog The West into the next "industrial revolution".

Climate Change is the game-changer because as soon as we start talking about scarcity, the balance tips. Jeremy Rifkin, adviser to the European Union leadership and the People’s Republic of China, as well as adviser to German Chancellor Angela Merkel on the Third Industrial Revolution, depicts our future economy well.

Rifkin points out that the current industrial age is totally dependent on carbon, everything from pesticides, to construction materials, to power, transport, heat and light. When oil goes up to US$115 or more a barrel, everything increases and, in turn, everyone’s purchasing power stops. Our whole infrastructure and food networks are reliant on carbon and when that is threatened, markets crash and people have insecurity with food, heating and mobility. New Zealand’s recent move away from further exploration of fossil fuels is smart because it’s the start of greater resilience, economic diversity and, as Rifkin says, “a new infrastructure”.  The United States, in particular, doesn’t understand its own infrastructure, which is overwhelmingly carbon based. By international standards, our commitment to sustainability could be regarded as high. For example, over 70% of our electricity is generated from renewable resources which makes them sustainable (though not necessarily environmentally friendly).

Let’s talk now of sustainability within culture. In New Zealand, it’s a custodial responsibility enshrined in the Maori concept of kaitiakitanga (pronounced kay-tee-AH-key-tung-uh — translation: guardianship). It’s a concept that has become mainstream throughout New Zealand government and the big players in the business community. Yet kaitiakitanga is not front and centre within our community. There are challenges as non-Maori engage with kaitiakitanga and how land owners and regional authorities work to link and embed differing world views. To date, the driver in our community has been around pushing tourism as the commodity and delivering tourism through the linear model, where the responsibility for managing our cultural and environmental assets, on which it relies, is somewhat absent.

It’s not to be sniffed at by Queenstowners. Kaitiakitanga is included in legislation. The Resource Management Act 1991 aims to enable sustainable management of environmental resources. It states that people managing resources under the act must take kaitiakitanga into account.

Indeed in New Zealand we’re setting world precedents, the provision of the Whanganui River’s legal status as a living entity was passed into law last year. “We have fought to find an approximation in law so that all others can understand that from our perspective treating the river as a living entity is the correct way to approach it, as in indivisible whole, instead of the traditional model for the last 100 years of treating it from a perspective of ownership and management,” said Gerrard Albert, the lead negotiator for the Whanganui iwi.

“We can trace our genealogy to the origins of the universe,” said Albert. “And therefore rather than us being masters of the natural world, we are part of it. We want to live like that as our starting point. And that is not an anti-development, or anti-economic use of the river but to begin with the view that it is a living being, and then consider its future from that central belief.”

We’re seeing grassroots leadership by many of our owner-operated companies, many charities and many individuals who are exploring ways to "close the loop", identify gaps and address issues of waste, or environmental degradation, whilst making moves to create greater positive social impact.  Social impact would refer to real or perceived impacts that are measurable, such as traffic congestion. We also talk about social capital. This is, for example, the sense of interpersonal trust between residents of a community that facilitates co-operation.

The cultural impacts of tourism have been thoroughly researched globally, but not locally. When we discount social and environmental indicators at a business level, we automatically discount them at a community level. It would seem savvy to start to look at social indicators in Queenstown, such as, "sense of community", "community wellbeing" (recently brought back into legislation through the Regional Amendment Bill), as well as levels of crime and levels of poverty. These may start out "fluffy", but take a look on social media or how many residents join community groups which seek solutions and we have indicators right there.

It would also seem savvy to start to look at environmental indicators such as the health of our water, usage of trails and outdoor pursuits by residents and protection of natural assets, for example. When socio-environmental-economic indicators are available, they provide a benchmark against which to measure change. In order for indicators to be successful, they have to reveal the causes not the symptoms, i.e. traffic congestion is a symptom not a cause. When cause-effects are better identified, we are better able to rate specific impacts and our need to address them, based on what matters to us. This allows individuals, community groups and businesses to interact with a framework, which is more objective than simply our own personal perceptions.

The companies and individuals ahead of the game understand it’s not if they choose to be more savvy, it’s when. If the conversation of social and environmental impact is happening at a community level, that’s indication enough that businesses should listen carefully.# 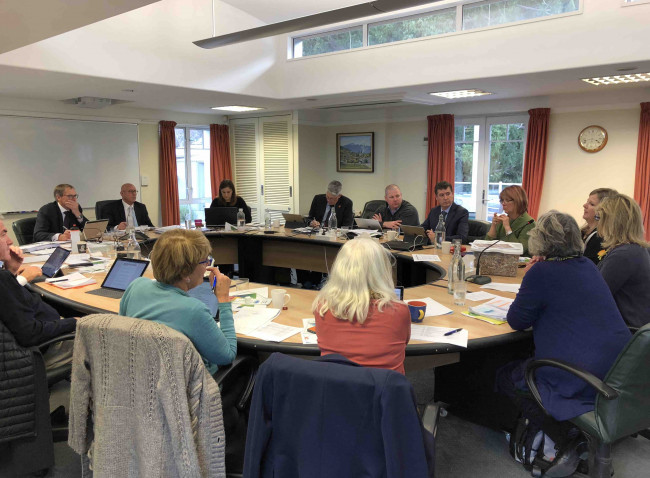 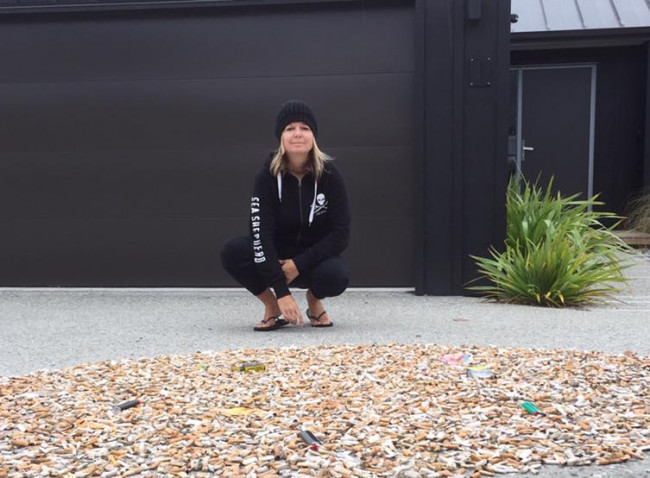 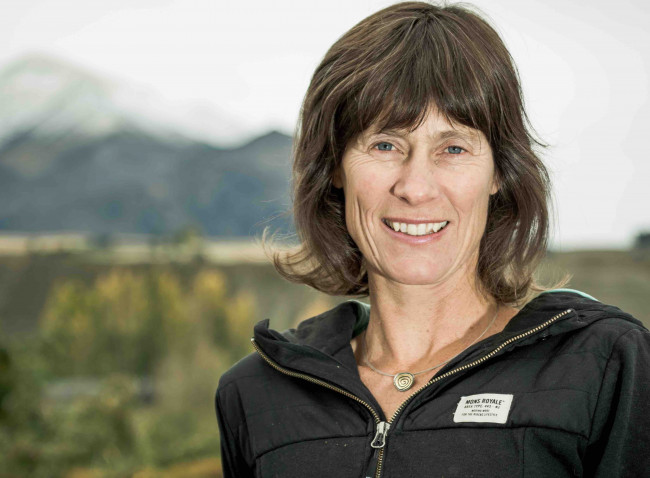