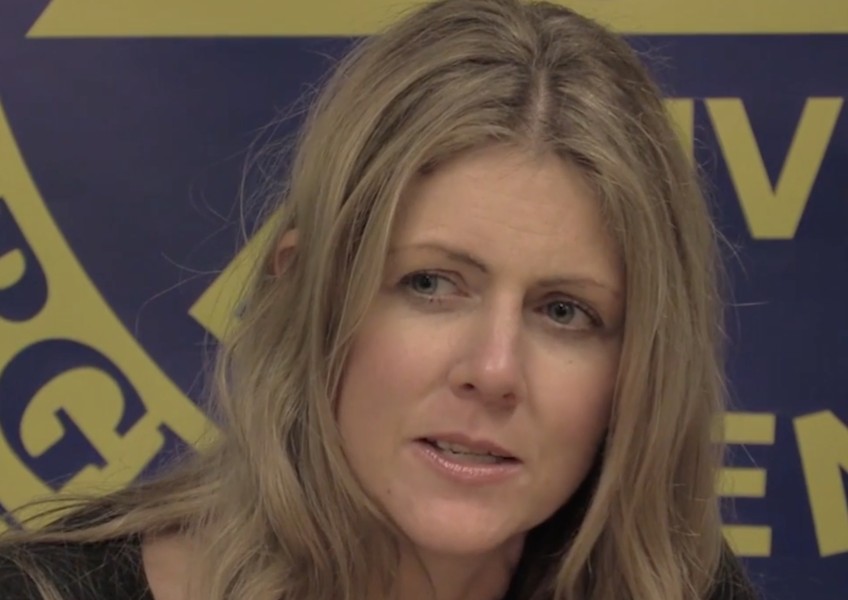 The Queenstown Lakes District Council has refused to supply details of $505,000 of payments to a previously unknown consulting company - ZQN.7.

The company has produced for QLDC an 82 page appendix on speed limit changes, mainly written by a long term family friend of Mayor Jim Boult, Jendi Paterson. At the same time as working for ZQN.7, Ms Paterson is also working as the City Parks Manager for Hamilton City Council. It is not suggested that Mayor Boult was involved in the QLDC contracting of ZQN.7 (see comment from him below).

Public documents from Auckland and Hamilton Councils show payments in late 2019 to ZQN.7 of $59,110 and $150,000 respectively. The Hamilton payment, for a “Parks Review” is understood to be in addition to the City Parks Manager role – but this is not 100% clear from the publicly available documents. It is noteworthy that both Auckland and Hamilton councils make their contractor and consultant information publicly available, as opposed to the QLDC position of withholding this information. This is how Jendi Paterson currently describes her roles on LinkedIn. 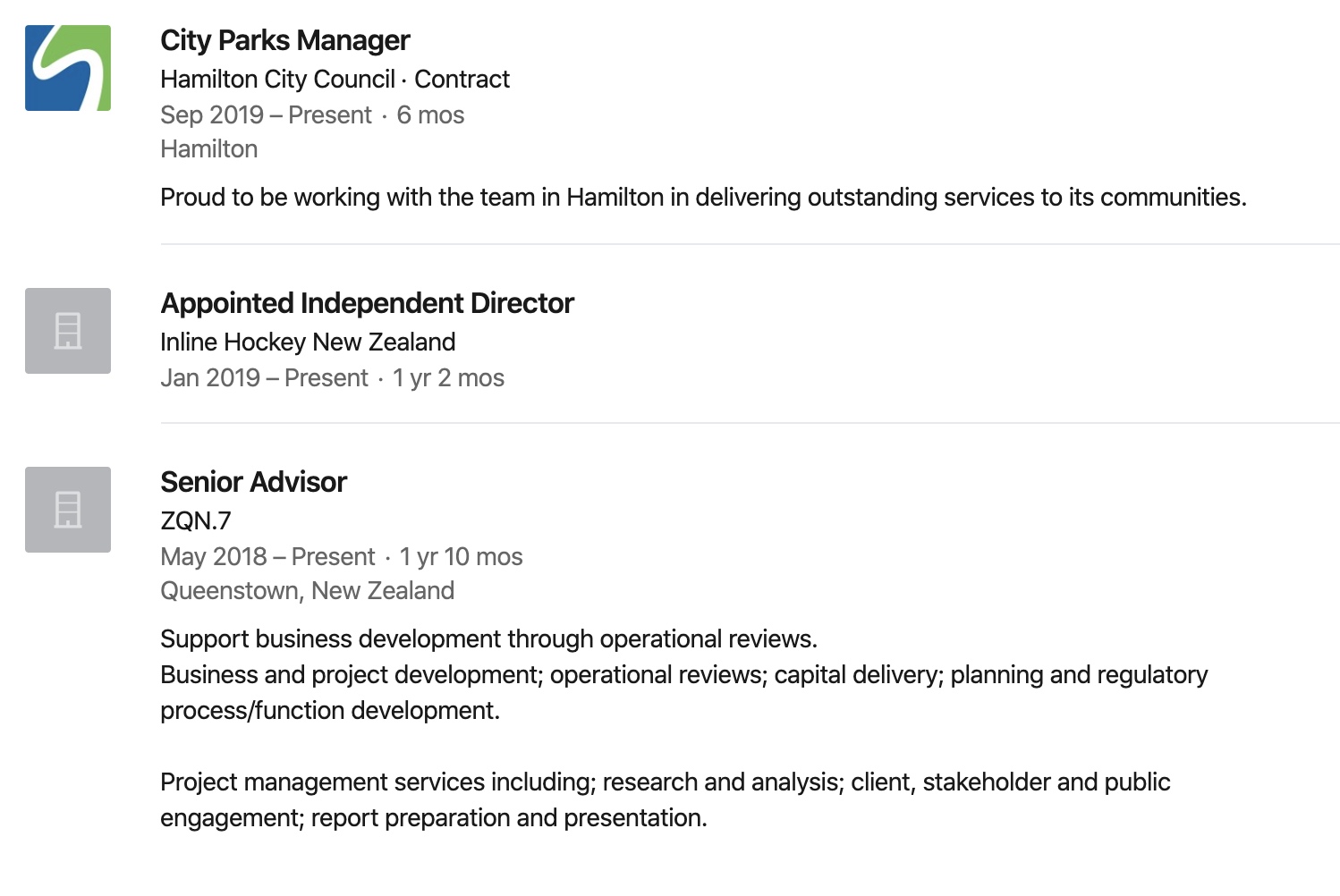 ZQN.7 is owned by Ruth Stokes and her husband Antony. Mrs Stokes is a former QLDC senior manager. In addition to the ZQN.7 consultancy work, Mrs Stokes is working as a Senior Associate for Wellington consultancy RDC Group. 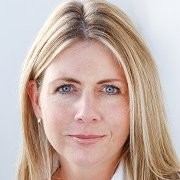 It is not clear why QLDC did not use an established traffic management company to produce the speed limit document, especially as it seems to be an update on a previous council document on the same subject.

Responding to a request from Crux on Friday, February 8th, the council's marketing, comms and governance team said that no details of the ZQN.7 work would be released and the request would instead be treated as a Local Government Official Meetings and Information Act (LGOIMA) matter. LGOIMA gives the council 20 working days to respond and opens the way for refusal and delay via a number of reasons including privacy and commercial sensitivity.

ZQN.7 was selected by Crux at random from a long list of QLDC council consultants that took a three year LGOIMA battle to obtain. The list shows that the QLDC ratepayers have funded $388 million for all council contractors and consultants between 2016 and 2019. 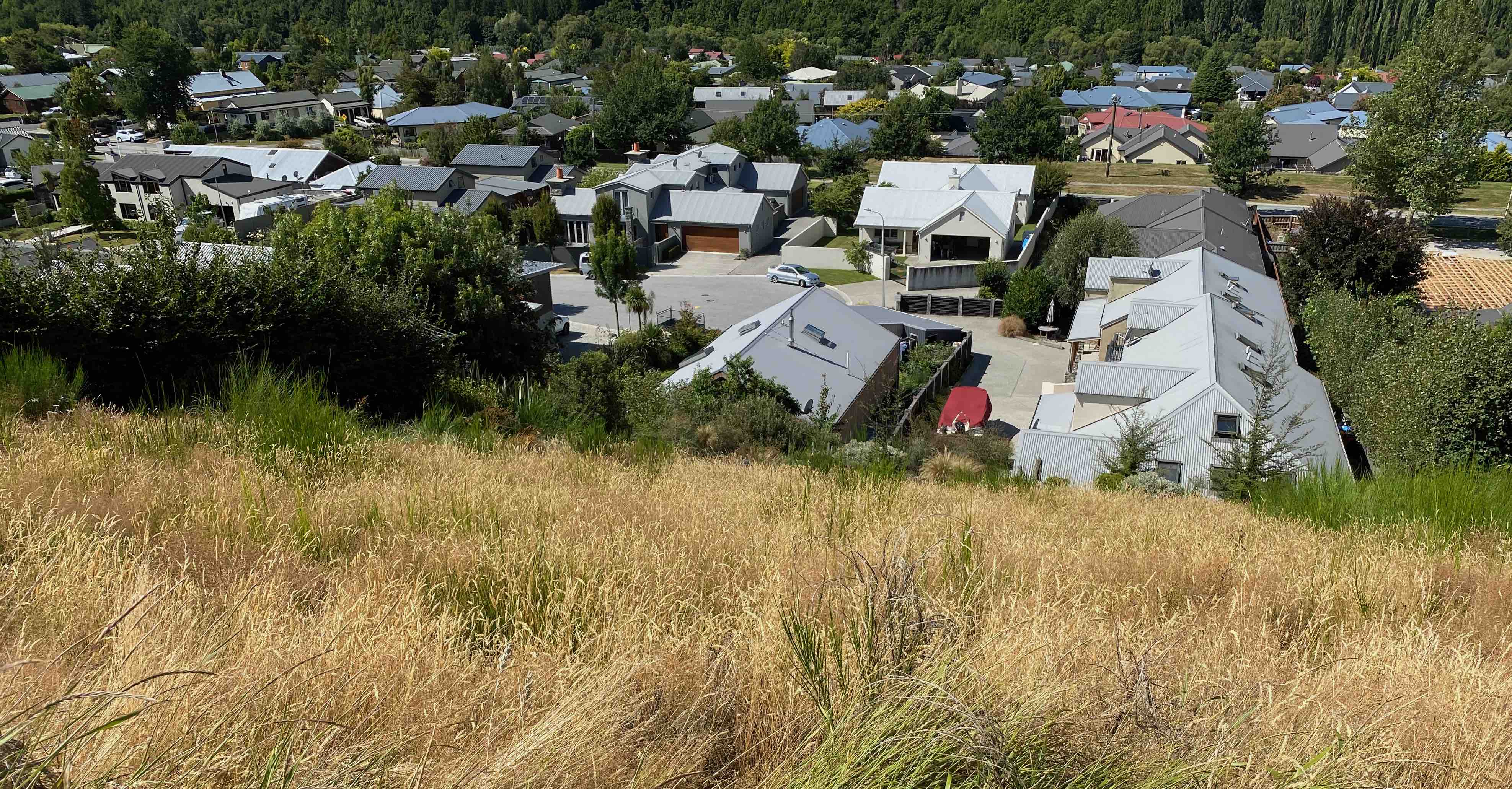 15 Advance Terrace Arrowtown. An empty paddock, owned by Jendi Paterson, that is the registered office address for ZQN.7 Ltd

The company details for ZQN.7 gives the residential address of Ruth and Antony Stokes, the two 50% director/shareholders of ZQN.7, as 37 Suburb Street, Queenstown. When Crux visited that address this weekend, new occupants said that the Stokes had sold the property last year. 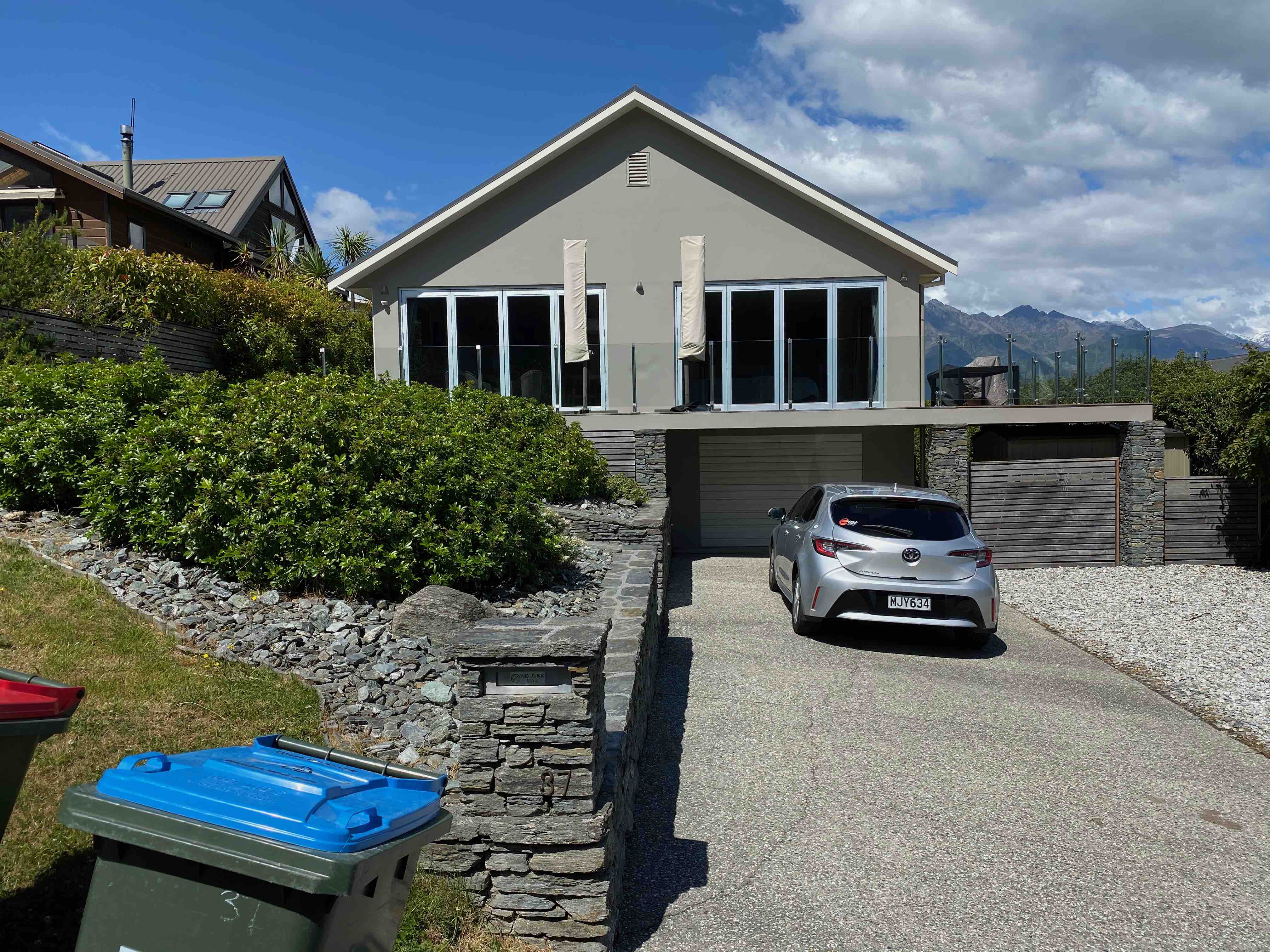 37 Suburb Street, Queenstown - sold by the Stokes in 2019 for $1.7 million. The new occupants say Ruth and Antony Stokes are on holiday in Noosa. The house is still listed as the Stokes' official residential address on the Companies Office website.

Even though Ms Paterson is not listed as a director or shareholder of ZQN.7 - the company's registered address - 15 Advance Terrace, Arrowtown - is owned by Ms Paterson. It is a steep, vacant paddock above the Arrowtown town centre.

Speaking to Crux, Ms Paterson said that she had done most of the work on the 82-page QLDC speed limit appendix, with Mrs Stokes editing and polishing the final draft. Ms Paterson told Crux that “writing is not my strong point” and that Ruth Stokes was a “very good person and very close friend.” Ms Paterson said she often worked until the early hours of the morning on the speed limit document. She and Ruth Stokes had also done some consulting work on QLDC parking issues and were currently assigned to an unspecified infrastructure project.

Jendi Paterson told Crux that she is currently on a 6-month contract to the Hamilton City Council as their Parks Manager, flying up to the Waikato for three days each week, in addition to the QLDC/ZQN.7 work. She did not mention the Hamilton Council $150,000 “Parks Review” payment to ZQN.7.

Ruth Stokes has worked alongside Jendi Paterson for many years. Mrs Stokes was CEO of QLDC owned Lakes Leisure when Ms Paterson was also working with QLDC often on the same projects.

When Mrs Stokes left Queenstown in 2015 to work for the Dunedin City Council, after resigning as Operations Manager for QLDC, Ms Paterson also moved to Dunedin. 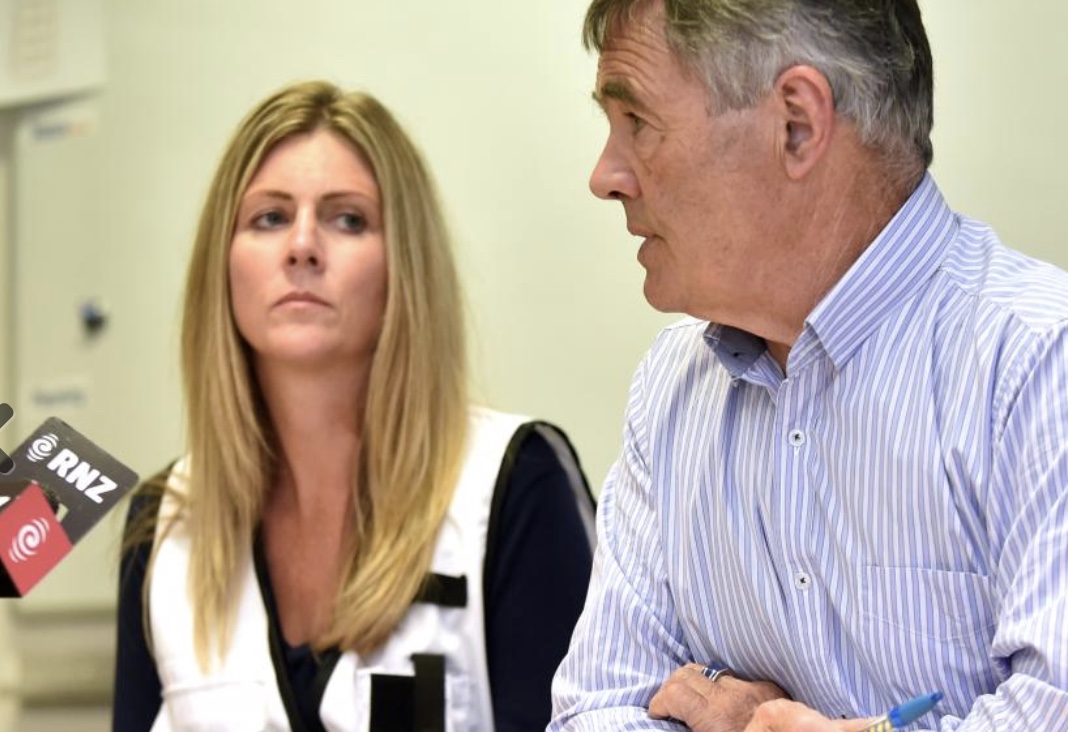 Ruth Stokes and Dunedin Mayor Dave Cull. Mr Cull said he "felt sorry" for Ruth Stokes as she earned the nickname "Ruthless" while "doing a difficult job under difficult circumstances."

Mrs Stokes left DCC under controversial circumstances in late 2017, leaving behind a trail of staff complaints over her tough management style, Ms Paterson left a few weeks later – with both women returning to Queenstown.

Ruth and Antony Stokes then formed the new company ZQN.7, which was immediately retained by QLDC for consulting projects totalling $505,285 between 2017 and 2019. 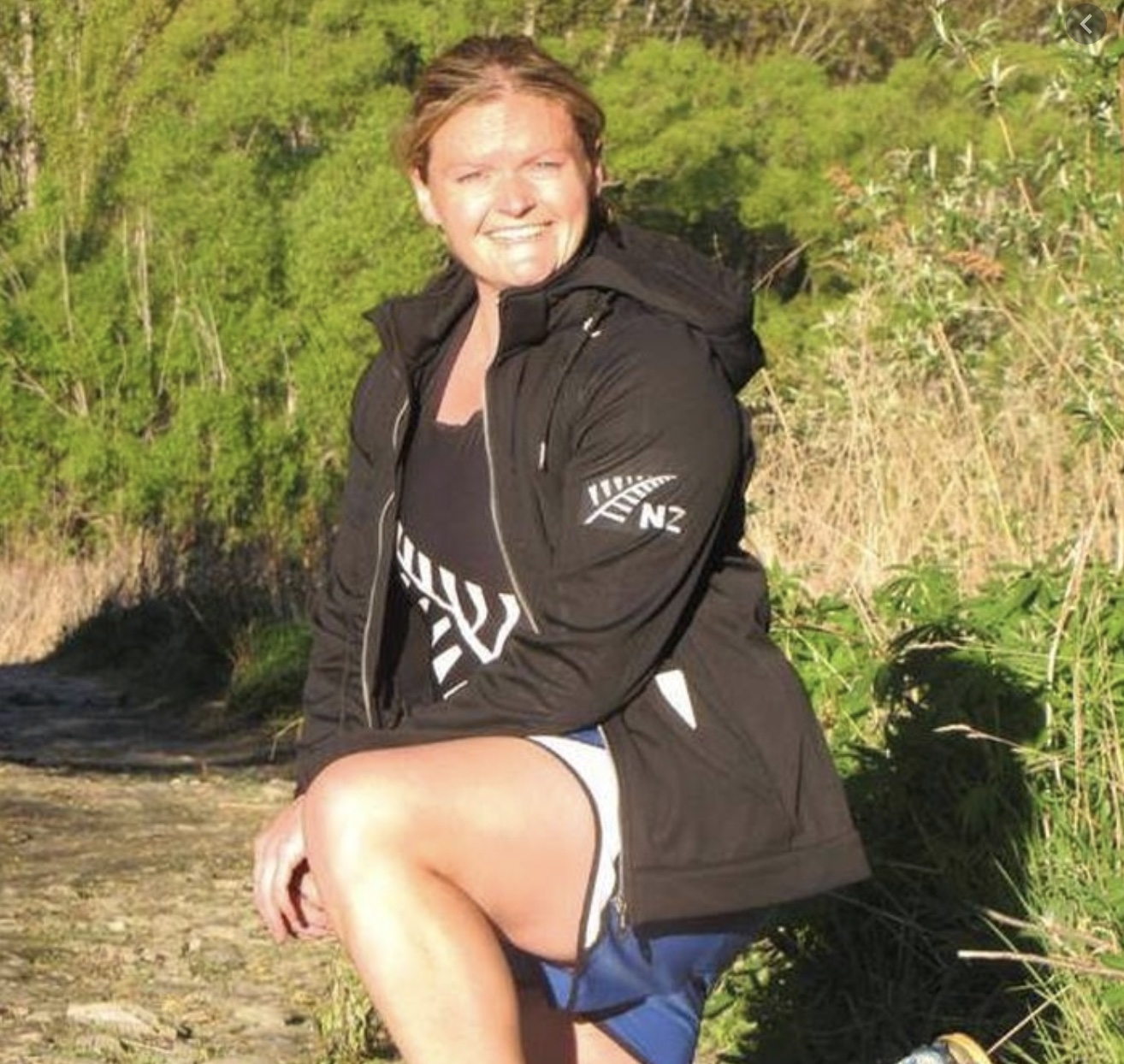 Jendi Paterson - working for ZQN.7 Ltd, but is not a director or shareholder.

The company has no website and when asked about this Ms Paterson told Crux “We don’t need a website, we only do work for QLDC.” Asked about the unusual company name, Jendi Paterson said that she and Ruth Stokes liked the Queenstown airport call sign “ZQN” and 7 was the Stokes’ lucky number, as well as the size of their family – two adults and five children.

The 82 page QLDC speed limit document produced by ZQN.7, that includes a ZQN 7 logo in the top right hand corner, details “findings” on proposed speed limit changes for the district and in many ways is an update of a previous council document on the same subject, produced in 2009 and then updated in 2015.

Ms Paterson told Crux “You may wonder why council staff did not do this work themselves. The fact is that they were understaffed and had no resource available in-house.” Antony Stokes (left) and Jendi Paterson at the 2015 opening of the Cardrona ski season. Image: ODT

Sir Eion Edgar himself resigned as a director of Benmore/Aoraki Smokehouse on the 18th of April 2018, leaving Antony Stokes as the sole director.

The registered address of all these related companies is the same lawyer’s office at Level 3, Remarkables House, 26 Hawthorne Drive, Frankton.

By contrast 15 Advance Terrace – the registered office address of ZQN.7 – is a parched, empty piece of land.

The Property Deals behind ZQN.7

ZQN.7 is the holder of resource consent for the development of a boutique 20 guest hotel at 3 Turner Street, just 30 metres from the QLDC’s headquarters building in Gorge Road, Queenstown. The consent was granted last year, and construction equipment is currently on site. The project is at an early earthworks stage. 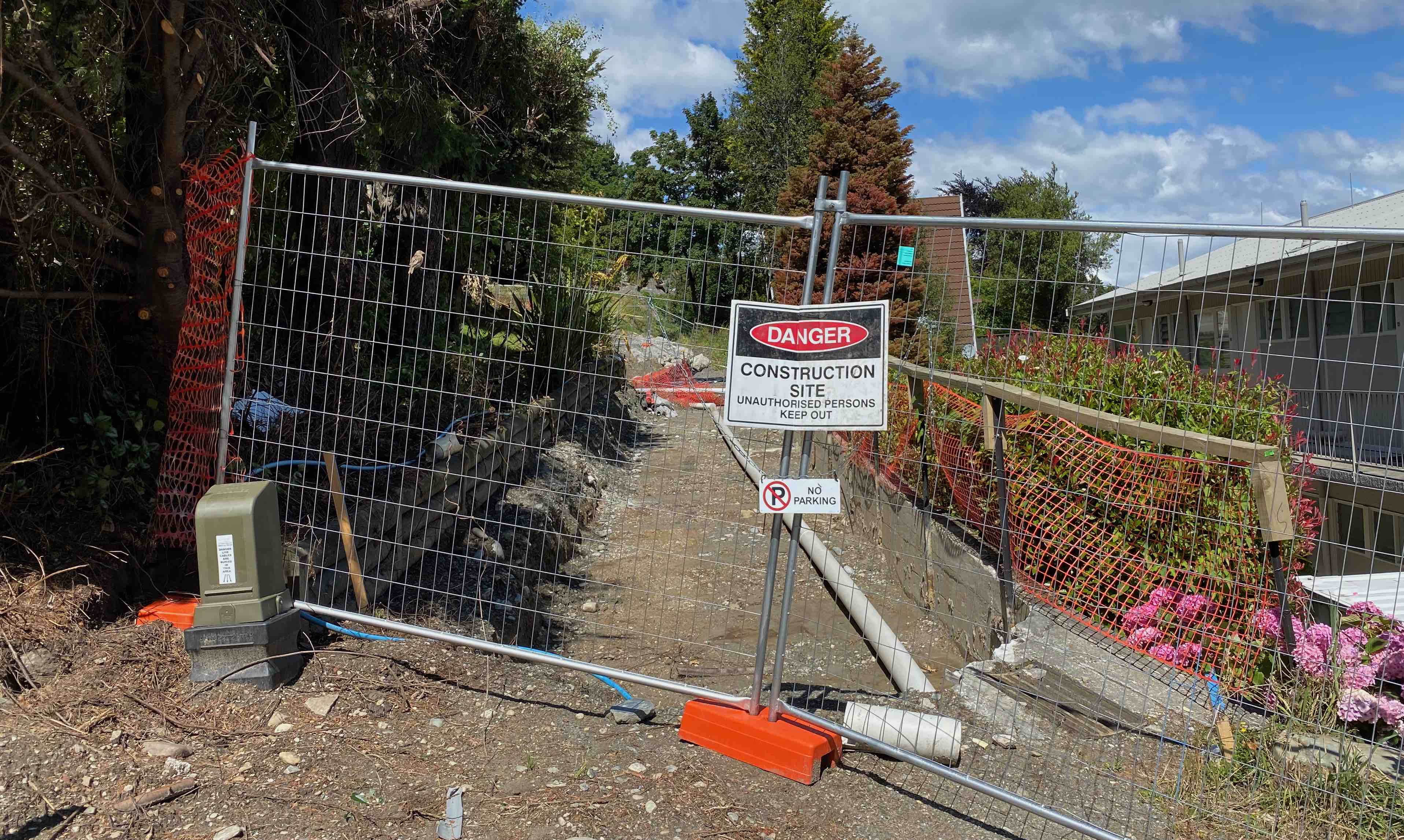 The 20 guest hotel being contructed by ZQN.7 at 3 Turner Street, Queenstown - jsut 30 metres from the QLDC's main office in Gorge Road.

According to Jendi Paterson, Antony and Ruth Stokes are partners in the development of 15 Advance Terrace. Ms Paterson owns the property but told Crux she needs external funding from the Stokes to complete a planned duplex/townhouse on the land. Asked why ZQN.7 did not use a lawyer or accountant's address as the registered office Ms Paterson said that as Mr Stokes was "a CFO" he did not need to use accountants. 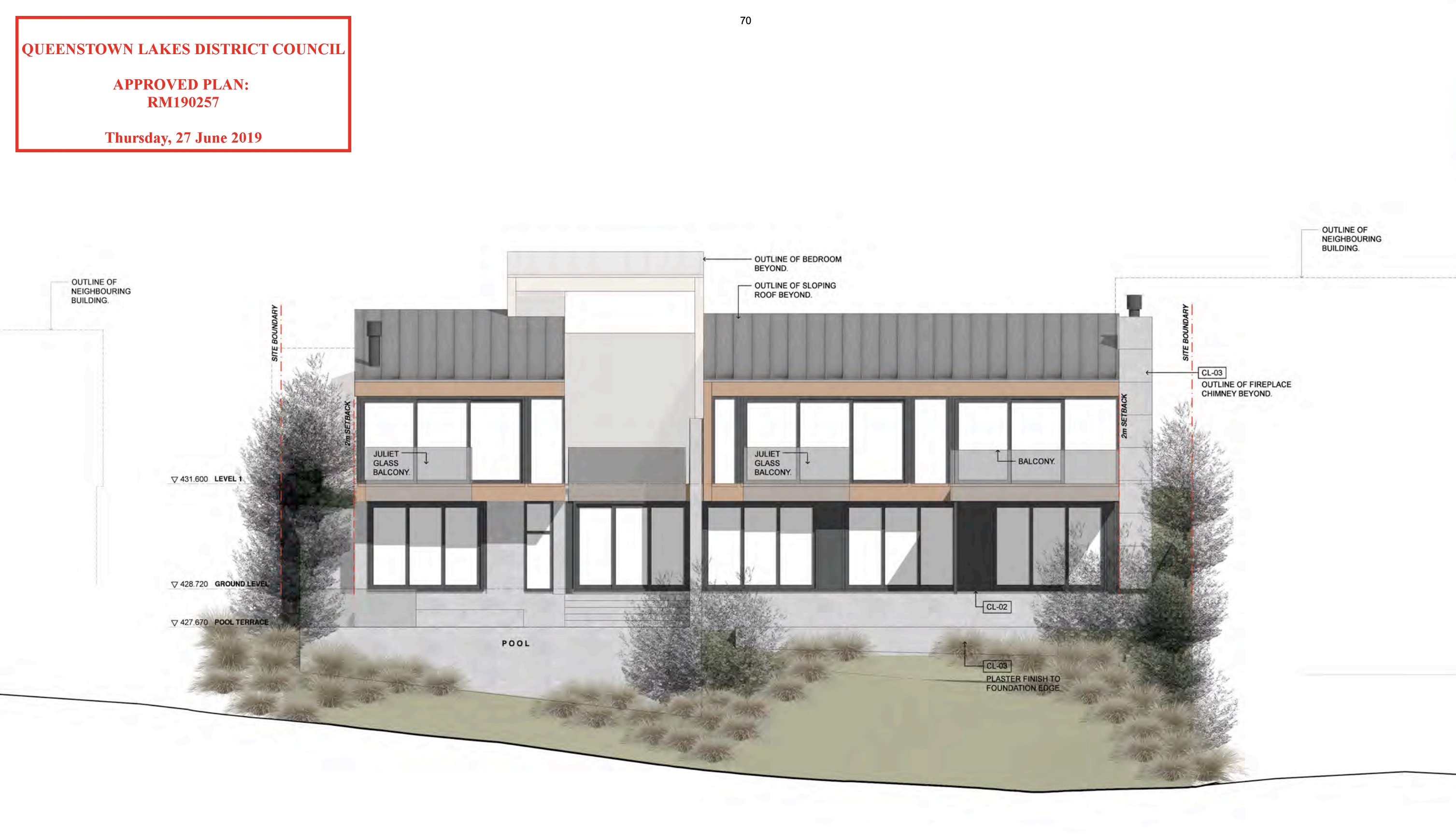 There is no sign of any construction activity at 15 Advance Terrace. A neighbour told Crux that he had trouble contacting Mr Stokes about resource consent and other issues connected with the property.

Mayor Jim Boult "plays no part in the selection or appointment" of council consultants.

When approached by Crux for comment on the contracting of ZQN.7 by QLDC, Mayor Boult supplied this response.

“Jendi Paterson was our children’s nanny. She is now an employee of ZQN7. I play no part whatsoever in the selection or appointment of contractors, so no conflict exists. It is also a long bow to draw to think that a conflict extends to employees of contractors. Further, after close to 40 years in the town I know many of the contractors council uses. That is the nature of a small town. I repeat that I play no part in their selection or appointment. That is management not governance. “

QLDC and their contract with ZQN.7

Crux has asked the QLDC for all documents and records connected to the hiring of ZQN.7, the scope of the contracted consultancy work and the measures applied to delivery and measurement of the quality/value of the work.

If the 82-page report on speed limits is the main work undertaken, then that project will have cost over $6,000 per page – including photographs and source material that already appear have existed from previous reports on the same subject.

The new lower QLDC speed limits, being introduced on Monday February 10th, have attracted criticism on social media as being a move to reduce the danger from tourist drivers, further inconveniencing local drivers.

Crux has also asked for details of other work undertaken by ZQN.7 – including the current infrastructure project.

It is important to note that ZQN.7 is one of hundreds of consultants listed by QLDC that have cost the ratepayer over $388 million since mid-2016. Crux selected ZQN.7 at random from the list, having no previous knowledge of the company or who was involved. It took three years of difficult attempts to extract the consultant and contractor list from QLDC.

Crux will continue to report on this story as new information is received.

Main Image: Mrs Ruth Stokes at a media conferecne during her time with the Dunedin City Council. Image: DCC.