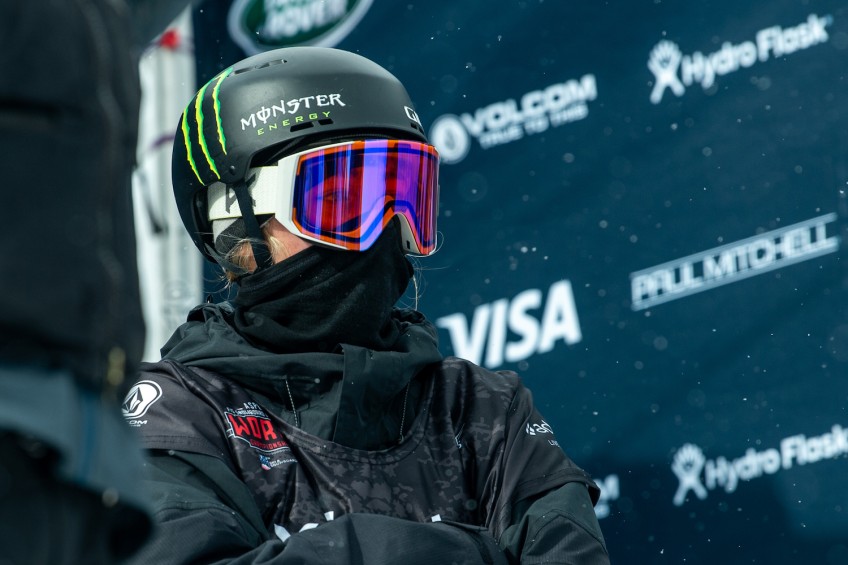 It was a clutch performance which saw Zoi jump from dead last into the top spot on the very last run of the competition. The pressure was on right from the start with Kiwi coming into today’s competition, not only as the defending champion but as the top qualifier.

The last of the eight finalists to drop in to the three rail, three jump course, Zoi struggled to land clean runs on her first two attempts with stumbles on the top rail and first jump. However, with stomped landings on her switch back 900 and backside 1080 it was clear a podium run was ready and waiting if she could link it all together on the third and final attempt.

“I knew if I landed my run I had a good chance of taking the top spot,” said Zoi. “It was all up to me, I knew I could do those tricks, I was just trying to get it done so I could defend the title.”

Double Olympic gold medallist Jamie Anderson (USA) was once again the woman to beat. The second to last rider to drop and sitting in first place on 81.10, Jamie was tantalisingly close to claiming her first Slopestyle World Championship gold medal but it was not to be.

Zoi signalled that she was setting up for a high score with a technical rail run at the top of the course before lacing together a stylish switch back 900, frontside 720 and backside double 1080 on the jumps for a score of 85.95.

Australia’s Tess Coady rounded out the podium in third place.

Also amongst the top eight competitors in the women’s snowboard slopestyle finals was 18-year-old Queenstown rider, Cool Wakushima, making her World Championships debut and with only one World Cup start to her name. Cool put together a promising performance, upping her score on each of her three runs and finishing in eighth place.

The 2021 FIS Freeski & Snowboard World Championships were rescheduled to be held in Aspen after initial plans for the event in China were shelved back in December due to COVID-19 restrictions in the nation.