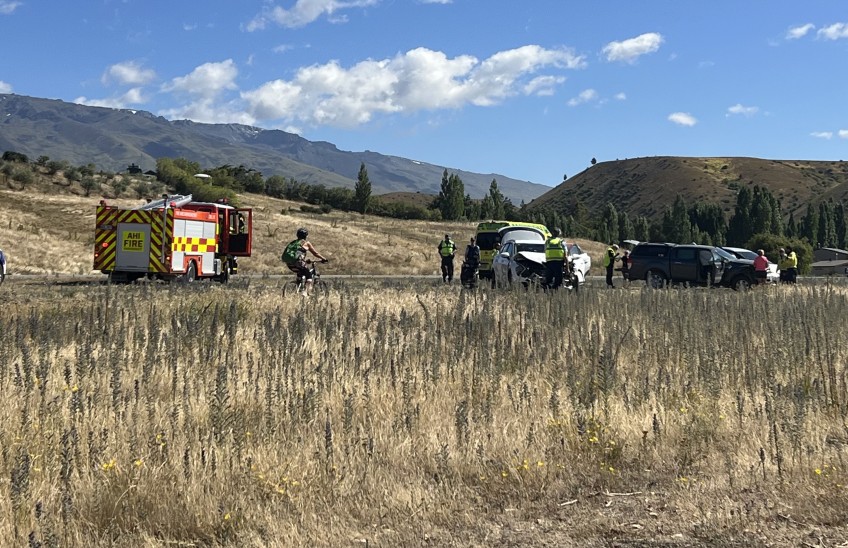 Two vehicles have been involved in a head on collision near the water park on Lake Dunstan at Lowburn.

Both vehicles in today's crash were badly damaged.

Police at the scene say the accident victims have received minor injuries that are being treated by ambulance staff.

In December, a new turning lane was completed at the entrance to the public reserve at Lowburn, where water park users are advised to park and walk along the lake to the attraction.

The crash occurred on the state highway between the water park turning bay and the no stopping area adjacent to the attraction itself.

The water park operators have tried to mitigate traffic problems by installing their own signage warning cars not to stop on the main road.

A 'No Stopping' sign erected by the water park operators (Photo taken January 4, 2023).

The popular attraction often involves hundreds of cars parked at or near the water park.