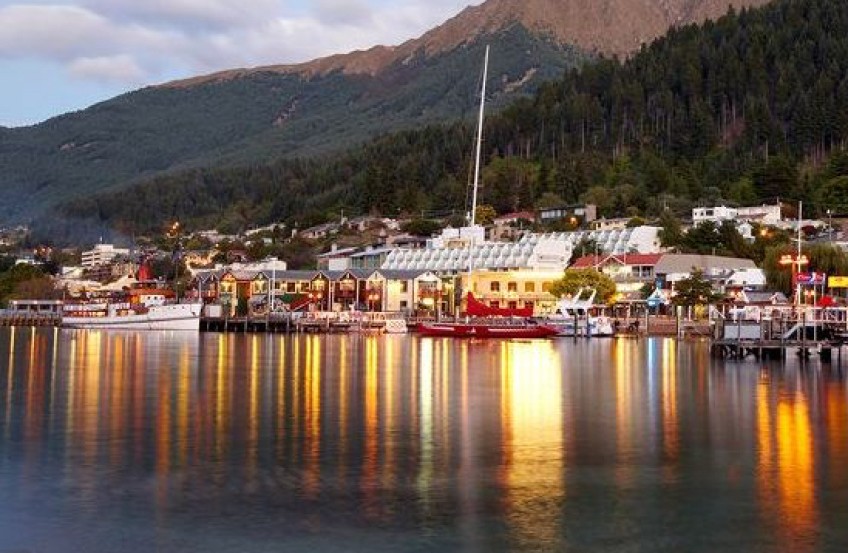 Editor's Note. June 30th. This story has been updated with some additional comments from Skyline Chairman Mark Quickfall - well worth reading. See **

Two of Queenstown's most powerful tourism chiefs have raised the stakes in what is shaping up to be a titanic battle between Mayor Jim Boult and the Government over tourist taxes.

Former mayor Sir John Davies, chairman of Trojan Holdings, the group that runs many of Queenstown's top tourism businesses, says tourists will stop coming to the district unless we fix our infrastructure. "I've never felt less positive about Queenstown," he told Crux. "Our infrastructure is so poor that I think people will stop coming here. That won't just be bad for Queenstown but it will bad for tourism throughout New Zealand." Sir John Davies - "We can't carry on like this."

Sir John went on to throw down the gauntlet to the Government. "I think Jim Boult has been doing a good job and I have joined him in lobbying the Government. I think a bed tax is the only answer. Basically we have to accept that the ratepayer base is too small to support the demands produced by tourism. The one thing that all visitors do is sleep. We have to clip the ticket. Virtually every tourist town in the world has a bed tax."

The likelihood of things getting very ugly between Queenstown and Wellington was highlighted by the Trojan Chairman who says that the Government will try, and possibly succeed, in blocking the introduction of a local bed tax. "I don't think we've got a dog's show of getting a bed tax because the politicians in Wellington are not going to make themselves unpopular by giving Queenstown a bed tax and then letting the council decide how that money is spent." 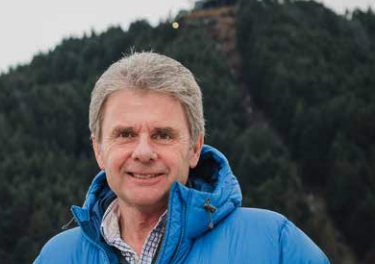 The Chairman of Skyline Enterprises, Mark Quickfall, is equally adamant that extra tax revenue is necessary to fix infrastructure and protect tourism. "Visitors need good infrastructure and I'm sure they are happy to pay for it. It's going to ruin their holiday if they come here and it's second rate."

Mark Quickfall also identified Queenstown's housing crisis as being a threat to the tourism industry. "Anything the Government can do to ease the speculation factor has got to be sensible. It is a shame when people start investing in residential property, when that same investment could be going into businesses, export businesses in particular. There's not a lot of value in continuously ramping up the price of property to the point it becomes absolutely unaffordable."

**Mark Quickfall has contacted Crux since our story was published, with the following additional comments.

"I believe we must address short and long term planning and learn from other destinations' successes and mistakes e.g Noosa, Aspen, Dubai. Investment in quality infrastructure is paramount. A vision for the area which has the buy-in from all stakeholders including central, regional government and QLDC and is parallel to that of industry and residents is paramount. Ad hoc development will create tension.

Whose job is it to provide the vision? This is difficult to answer however it is the key to success. NZ at this time suffers from a confused vision and has challenging  processes that are not enabling.  We used to have a 'can do' attitude, this has changed. It is easier to conduct business in other destinations around the world and in a competitive environment NZ must act smarter.

Successful businesses deliver benefits to all stakeholders. While I fully appreciate concerns about affordability to live in Queenstown, housing is a worldwide problem and there is no easy fix. The fair transfer of benefit from successful businesses is step one.

This must take into account the various demands on profits such as reinvestment back into businesses as we must remain competitive with other destinations. Without loyal and skilled staff who feel valued businesses will fail to succeed.

Bottom line is we must all subscribe to a vision that sets quality, high standards and a sense of belonging for residents, the workforce and visitors alike as the most important goals. One community where we can all live, work, participate in and enjoy."

Sir John Davies, has a similar perspective on many of these key issues. "At the end of the day, the problem with Queenstown's development is accommodation for workers. That's part of the infrastructure picture. Land is so expensive that accommodation is never going to be cheap or affordable."

Pressure from massive companies like Skyline and Trojan will make it more urgent for Mayor Jim Boult to find a way to make a local bed tax happen.

Skyline Enterprises employs hundreds of workers and its payroll will double after it has spent $100 million expanding its Queenstown gondola and restaurant operations over the next two years. Skyline Enterprises made a pre-tax profit of $85.1 million in 2016/1017. Trojan is likely to be in the same league although, as a private company, financial information is not made public. Trojan owns NZ Ski which operates Coronet Peak, The Remarkables and Mount Hutt ski fields, as well as owning Ultimate Hikes (the Milford and Routeburn tracks), The Hermitage Hotel at Mount Cook, and a major stake in A J Hackett Bungy. The NBR Rich List estimates Sir John Davies as being worth $115 million.

Sir John works from a modest office in Queenstown's Gorge Road and has lived in Queenstown since 1963. He was mayor between 1983 and 1986. He says that tourism has now reached a crunch point. "It can't keep on going like this. For 20 years we had too many beds and not enough tourists. Now we've got too many tourists and not enough beds. It's just not possible for it to continue like this ... we're just completely gridlocked because of a lack of infrastructure."

Both Sir John Davies and Mark Quickfall claim their own companies are already making a sufficient contribution to the local economy. They both are also clear, however, that their own businesses are booming. The Queenstown Lakes District Council has told Crux that Trojan Holdings pays $291,000 a year in rates and that Skyline Enterprises pays $150,000. No record of rates payments from other major tourism operators could be identified by the council's finance team from a list that included Real Journeys Ltd, Tourism Holdings Ltd, Southern Discoveries Ltd and Ngai Tahu Tourism Ltd. It's possible that these and other companies do pay QLDC rates via renting property from a third party or paying rates directly via another trading entity.

Mayor Jim Boult recently told Crux that he was very disappointed by a Government decision to develop a proposed national border tax that may be "worthless" for Queenstown and Wanaka. He vowed to carry on with his fight for a local bed tax and this position taken by our biggest tourism operators will increase pressure on him to find a way to get that bed tax in place, either via the Government or a local targeted rate.

Read: Crux editorial on the issue of who should fund tourism infrastructure.

Read: Government report warns that the costs of tourism could outweigh the benefits.