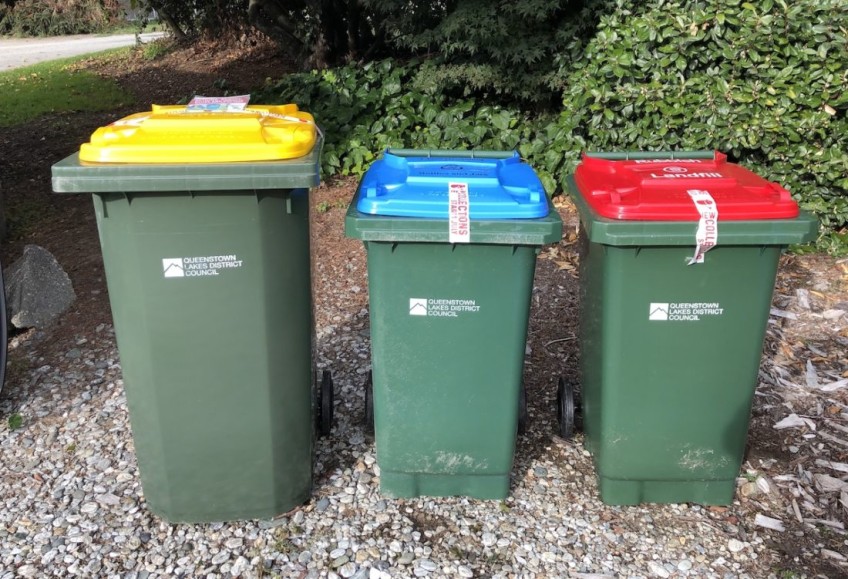 Under the new system these bins all go to different places. Rubbish goes to landfill, glass goes to the O-I factory in Auckland to be made into new bottles and jars, and mixed recycling is taken to the big Materials Recovery Facility (MRF) in Queenstown to be sorted, baled and sold to the commodities market.

There’s currently a big shake-up in recycling worldwide, resulting in the need to reduce contamination in our recycling to much lower levels. Our new approach is that real recycling is about quality, not quantity. With the commencement of the new contract we’re making changes to the plant at the MRF to enable us to meet the new, very high quality standards for recycling.

We were intending to store recyclable materials on the MRF site until these changes were complete and it became operational again. However, these changes have taken longer than first thought and the MRF is not expected to be operational again until late next week. QLDC and Waste Management will sort these recyclables at an alternative site next week; however, while work has been progressing on the site we have had to send approximately 25 tonnes of recycling from the yellow-lidded bins to the landfill.

As there is now a separate glass bin our glass recycling hasn’t been impacted by the plant upgrade, and approximately 25 tonnes of glass have been consolidated ready for shipping to the O-I factory.

QLDC recognises this isn’t an ideal situation. Yet it is important that we set ourselves up well for the future and ensure we’re able to have clean, uncontaminated recyclables that reach sustainable markets for the long term.”