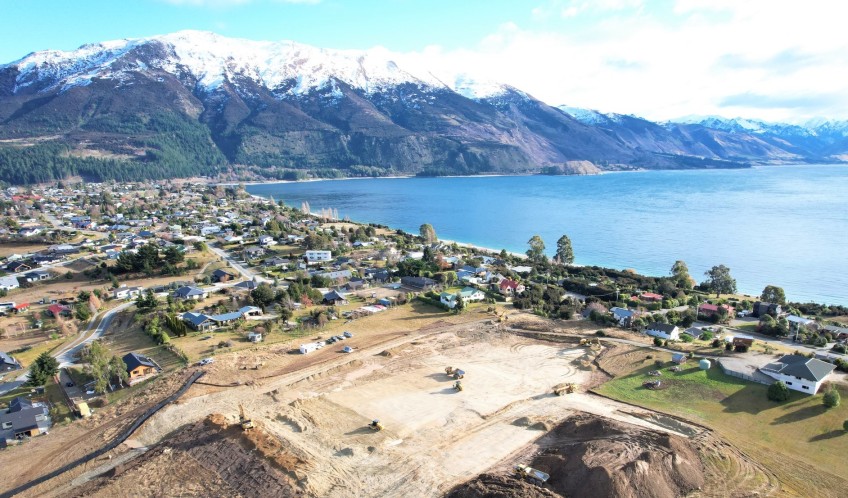 The treatment system it’s got, upgraded two decades ago, can’t cope with current and growing demand in the township.

But a spokesperson for local residents says, while she welcomes the investment, three waters isn’t the only infrastructure deficit the community’s facing as it grows. 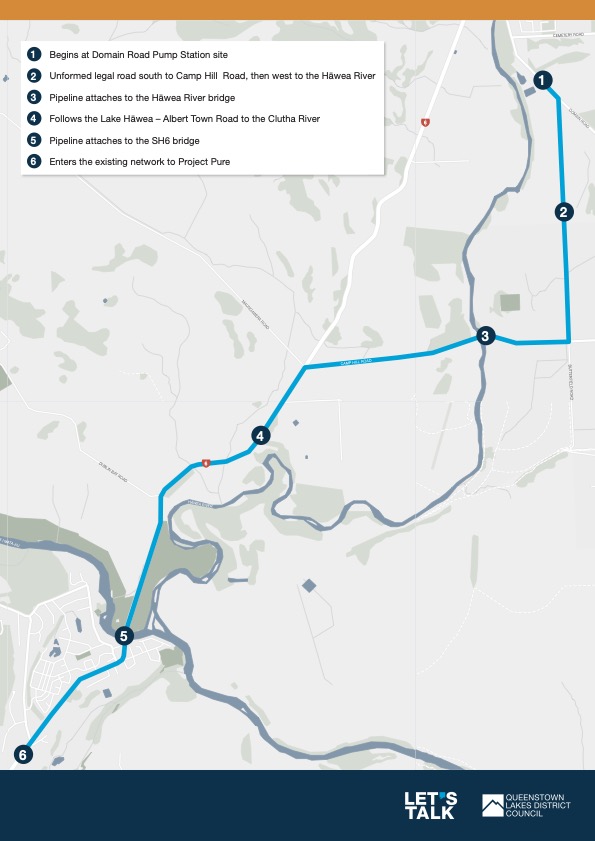 Taxpayers will close a funding gap for the 'poo pipeline', as dubbed by the chair of a local community group, designed to sort Hāwea's wastewater woes (Image QLDC).

Its best plan to futureproof Hāwea’s wastewater needs: a new pipeline from the township to Albert Town, and upgrades beyond that, to connect into Wānaka’s wastewater scheme.

And, while that’s happening, the council will improve things at the existing plant in Hāwea to provide the best band-aid fix it can for immediate issues.

Cherilyn Walthew, the acting chair of the Hāwea Community Association, says it’s good news the Government’s “helping out” with some of the infrastructure issues her community and others like it around the country are facing.

But is also raises some questions.

In a statement yesterday announcing the funding, Minister Woods says the money earmarked for Hāwea will “ultimately enable around 880 new homes”.

Some will be within the Longview Special Housing Area, while others will be general housing stock, and the number includes more “affordable housing”, the statement says.

For Ms Walthew there's "a little bit of a lack of clarity in terms of what the 880 refers to," and whether it's extra capacity beyond what's already been consented.

Residents in the community have rallied in recent months to present their own masterplan for growth.

The Government’s funding has the potential to “change the whole conversation around development and what can actually happen”, Ms Walthew says.

Sorting three waters infrastructure deals to just one of the township’s growing pains.

Ms Walthew says people worry about losing a sense of community if development happens in an ad-hoc way: “Hāwea has consistently put forward that one of our aspirations is to remain connected as a community…so having spaces and facilities to come together.”

Potential commuter bottlenecks and a lack of sustainable travel options are another concern: “The difficulty is the more houses that come out this way the more commuters you have going into other areas to work, or going to get shopping, or going in to drop their cars at the mechanic.”

If the Government funding allows for the breaks to come off development, local authorities will need to step up their game to address these other concerns.

“Basically, it is great that we're getting some support on that (three waters) side of things…but it doesn’t actually address everything that the community has in terms of concerns around development and what it actually means for us.”

The $23 million will be delivered to the QLDC. Speaking to Crux today, council spokesperson Sam White says the money won't enable growth that isn't already being projected and planned for in the area by the council.

The Government money won't save locals having to cough up to pay for upgrades. Instead, it closes a funding gap, Mr White says.

"The...support won’t result in direct savings for Lake Hāwea residents, QLDC ratepayers or developers. Instead, it closes the gap between the estimated total cost of these projects and the funding QLDC has available via the 2021-2031 Ten Year Plan."

In addition to the wastewater pipeline, the money's earmarked for a "minor capacity upgrade" at the Scotts Beach bore field and implementation of a "water demand management programme". 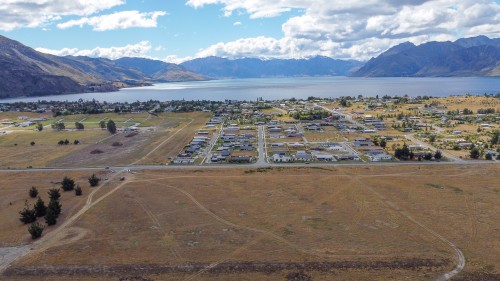 The QLDC says the funding boost allows for an investment in infrastructure to meet already existing growth projections for Hāwea (Image Southern PR).

Hāwea residents use plenty of water - how much more growth the water supply solutions will be able to support depends on how successful the "water demand management programme" is, Mr White says.

For now, planning's underway on the two projects the Government's millions will enable, and on-the-ground construction work is expected to kick-off in 2024, he says.

In a statement, QLDC chief executive Mike Theelan says the funding will make a “significant difference” to the council’s three waters programme.

“Being one of the fastest-growing districts in the country has naturally put pressure on local infrastructure and housing affordability in recent years, especially for some of our smaller communities like Lake Hāwea.

“Our current investment programme is the largest ever undertaken by this council and this additional funding will allow us to continue improving network capacity and resilience.

“In turn this will create more opportunities to increase the affordable housing our community so badly needs."

Responding to questions from Crux, a spokesperson for the Housing Minister says all applications for the available infrastructure funding went through a "robust" evaluation process, led by Kāinga Ora.

"The proposals were assessed against criteria set by Cabinet, including expected housing outcomes, impact of funding, cost and co-funding, and project capability and readiness."

The council is now responsible for delivering the projects, working in partnership with developers and iwi, and the Government's funding will be made available as the projects reach key milestones, the spokesperson says.