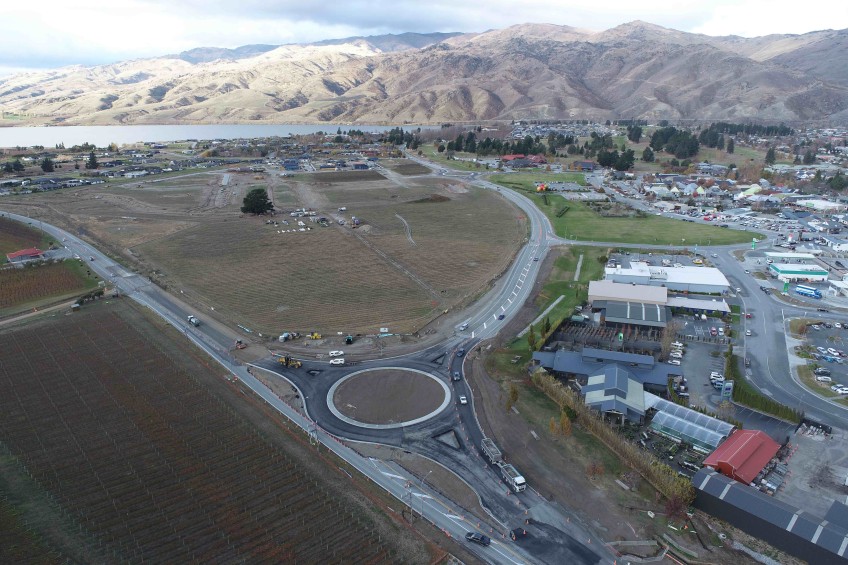 After months of detours traffic will be able to travel through a new roundabout at a busy intersection on the outskirts of Cromwell later this week, but here's a heads-up: some detours will return when the warm weather does.

The roundabout at the intersection of State Higways 6 and 8B will be operational by 5pm, Thursday June 2, according to Waka Kotahi NZ Transport Agency (NZTA).

NZTA project manager Brendon French says a temporary seal has been laid with line markings in recent days to ensure the roundabout is safe to use over winter.

It joins another new roundabout in the town, further along State Highway 8B at its intersection with Barry Avenue, which partially opened earlier in May and is funded by the developer of the Wooing Tree Estate. 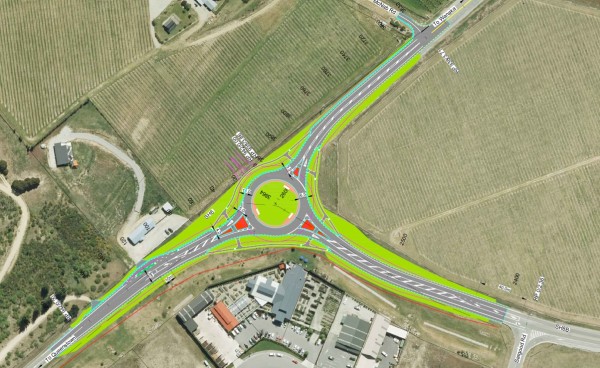 Prepare for a new road layout at the entrance to Cromwell.

Contractor Fulton Hogan has been busy on the two roundabouts since February this year, with sunny, warm weather contributing to good progress, Mr French says.

The NZTA roundabout, which cost approximately $5 million to design and build, is funded through the Government’s NZ Upgrade safety programme.

The aim is to make this increasingly busy intersection safer for all Cromwell residents, visitors and daily commuters, Mr French says.

Some traffic detours will need to be re-introduced in spring, when final sealing work around the two roundabouts will be done.

“We know local people will be happy to see the end of the local road detours around these two sites for a few months at least.”

An official opening is planned for before Christmas.

Meanwhile, construction work will continue over the winter months and will include building footpaths and preparations for planting and landscaping.

A pedestrian underpass between the Wooing Tree Estate subdivision and the town centre will begin in spring - a project also funded by the developer.

Main image (NZTA): A drone photo taken mid-May showing the SH6/SH8B roundabout in the foreground and the Barry Avenue roundabout towards Lake Dunstan.