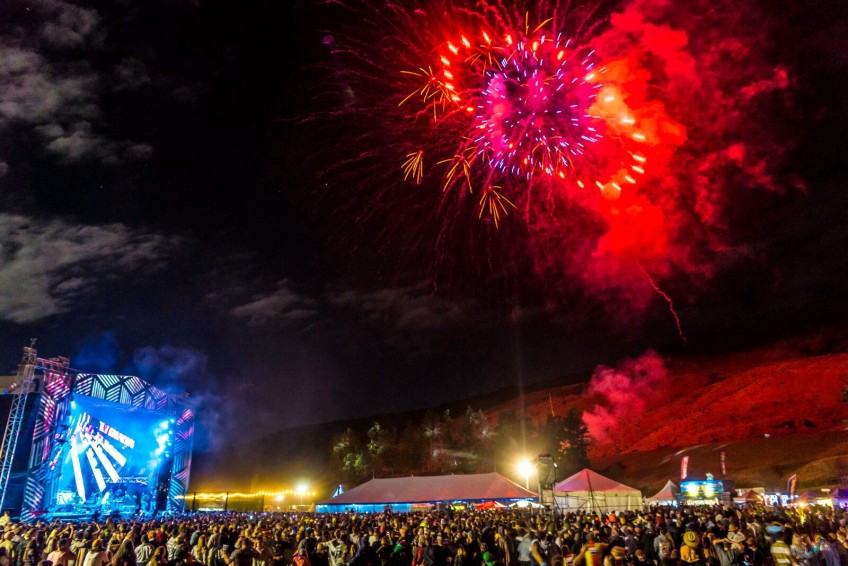 Rhythm and Alps has announced their full 2018 line-up. Here's the details direct from the organisers. Rhythm & Alps 2018 has also secured top Kiwi acts including THE BLACK SEEDS, who are performing as part of their 20 year anniversary tour, plus JULIA DEANS brings her band to Wanaka hot on the heels of her We Light Fire tour. Homegrown electronic rising star BAYNK returns to R&A with his immaculately presented show and Christchurch band-of-the-moment THE BUTLERS play for the first time. Wellington band ORCHESTRA OF SPHERES, who channel ancient future funk, orgasmo brain wave and costume rock will welcome party revellers also on NYE.

“We are showcasing some of the best festival acts that we have hand-picked from around the globe,” Rhythm & Alps festival director Alex Turnbull says.

“It’s an exciting line-up that offers something for everyone. Its general appeal is reflected in the record ticket sales we’ve had so far.”

Also joining the line-up on December 30 are UK vibe master NIGHTMARES ON WAX and US funk musician DÂM-FUNK, who both play at the festival for the first time. Today’s announcement adds to the Australian powerhouse acts of MATT CORBY and CAT EMPIRE already confirmed for Rhythm & Alps. More acts will be announced in the coming months.

Rhythm & Alps will also be hosting an exclusive warm-up gig at the Lake Hawea Hotel on December 28 featuring DRAX PROJECT. The limited-capacity show traditionally sells out well in advance every year and more acts will be announced shortly.

“Rhythm & Alps is the best place to be in NZ for New Year’s,” Turnbull says. “With awesome music, immaculate stage production, amazing weather and a relaxed atmosphere, we’re proud to deliver a world-class festival in Wanaka’s spectacular Cardrona Valley.”