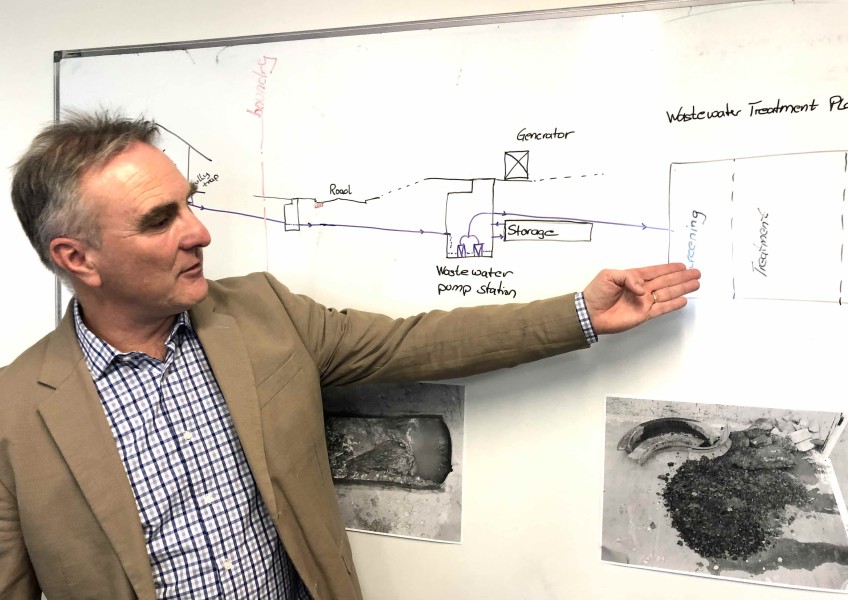 There's rarely been such an explosive reaction to a resource consent application than when the QLDC recently announced it was applying for what appeared to be clearance to discharge waste water into our lakes.

Today we spent time with the QLDC's Chief Engineer, Ulrich Glasner, in an attempt to understand what the consent application really means.

In short Glasner presents the council's move as a technical requirement, under the Resource Management Act, to achieve a number of goals.

The problem with the QLDC consent application, which amounts to almost 300 pages, is that it appears (in Clause 2 of the main application) to be asking for the Otago Regional Council's permission to discharge "accidental" wastewater for the next 35 years.

In truth, the answer is so deeply rooted in the Resource Management Act that it makes little sense in isolation and is almost impossible to understand outside of the act framework. The "permission to discharge" clause has to be read, according to the QLDC, in the context of all the other clauses. Much of the problem centres on having two agencies - QLDC and ORC - both being responsible for water quality. Ulrich Glasner argues that this consent application, if approved, will make the boundaries and responsibilities clearer. He also argues that it will hold everybody, including the QLDC itself, to account in a much better way than is currently the case.

Ironically, in spite of a large amount of public outrage, there have so far only been 20 submissions made to the ORC in connection with the QLDC's application. Submissions close on July 12th.

Crux asked the ORC how it would take the submissions and strong public opinion into account, during the decision making process.

We received this statement for Peter Winder, the ORC's acting General Manager of Regulatory.

“The consent application and submissions will be heard by ORC-appointed commissioners in a hearing panel. In considering the application, the commissioners will need to apply current ORC policy and rules as set out in the Regional Policy Statement and the Regional Water Plan. They will also need to apply the relevant provisions of the National Policy Statement for Freshwater Management.

The hearing panel will only be able to consider the formal submissions; this is a process which is set out in the RMA and one which to which we must adhere as the decision maker.

Watch: QLDC's Ulrich Glasner speaks with Crux about the resource consent application and what it means - apologies for average sound quality, we were in a room with a bit of an echo.

Background to the Resource Consent Application.

How the QLDC wastewater network functions.

How QLDC deals with overflows.

Pipes - and the pressure they are under from blockages.

What not to put into the wastewater network.

Listen: RNZ's Nine to Noon interview with the Guardians of Lake Wanaka's Don Robertson and Ulrich Glasner on the controversial consent application.