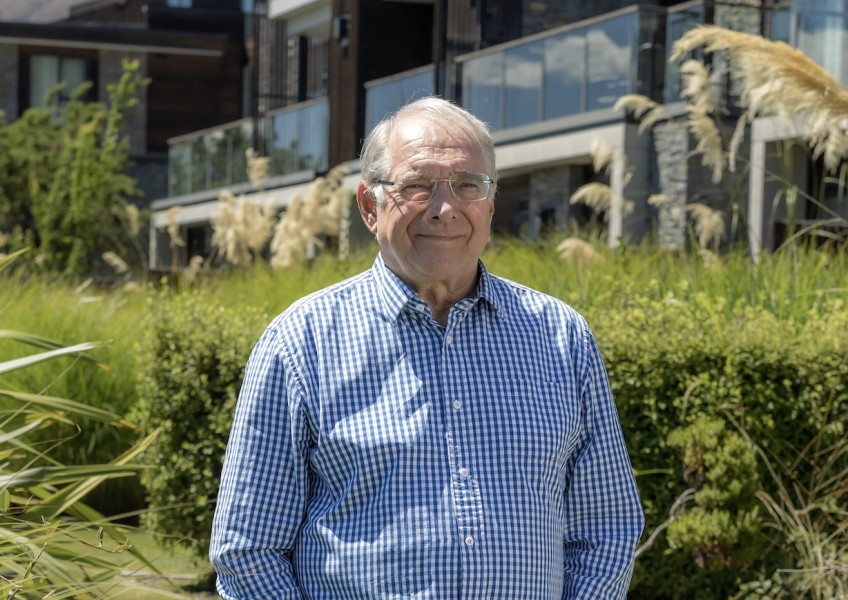 QLDC elections: Why I’m standing – and why it matters

Crux managing editor Peter Newport explains the background to standing for election as a QLDC councillor.

As an experienced journalist I’ve been busy covering this year’s local elections – rather than campaigning to win a seat as councillor. I also realise it’s an advantage in terms of profile to edit one of New Zealand’s leading local news platforms.

So, this is probably the only time I’ll write something that backs my bid to join the Queenstown Lakes District Council as an elected member. I’ll write about why it matters and how it will work, rather than any views I may have of economic diversification, climate change, three waters or any of the other issues that have dominated the seemingly endless parade of town hall style debates.

The fact of the matter is that I’m standing for only one reason, only one cause. That’s openness, truth, and transparency from our local council.

As a journalist I have unique skills and training that will help me, if elected, avoid getting pushed into the “institutionalised” role that QLDC managers seem keen for councillors to adopt. They have their reasons for doing this and I think it’s important to explain why (even though it’s a bit dull – it is still important!).

Local councillors have two jobs – one is to govern, or act as the employer of council staff via the chief executive, and the second is to represent the community. As you’d expect, I’ve researched this carefully before deciding to stand for council. Long story short, local government reforms in the 1980s shifted the focus from representation to governance.

A respected local government academic, Dr Jean Drage, wrote a book about why this change is problematic – saying that a dangerous imbalance between governance and representation had crept into local democracy:

“The governance tag has enabled this inequity to develop as it connects the elected council too closely to a board of directors model. Councillors are not directors of a board making decisions about their local communities. They are representatives of their communities elected by their communities, advocating for them and representing them. The other big difference between an elected council and a board of directors is that councillors are directly accountable to those who elect them."

It's easy to see why council managers are keen for councillors to govern more than represent. Governance is tied to a set of rules, and bureaucrats like rules as they can be interpreted in all sorts of different ways, and can only be fully learned over many years. Many mere mortals don’t have the time or the appetite to learn the nuances of complex rules. Council staff are generally well paid to learn the rules and it's only human nature that they would use those rules to their own advantage.

Representation, though, is what I believe being a councillor is all about.

Wānaka residents asked for the truth over airport expansion, but a High Court judge ruled that the truth was not delivered by QLDC.

I can understand why senior council managers often feel unloved and misunderstood. They run a monopoly based on rates – a form of tax. Nobody, really, is a fan of monopolies or tax.

That’s not to say that most council staff are not working hard and being motived by a public service ethos. It’s the top managers – those on $100,000, $200,000 or even $300,000 + a year that sometimes figure that they know best. Local democracy is such a messy business that they think they can do a better job without the complications of genuine consultation and without the inconvenience of elected members actually representing the ratepayers who elected them. In their minds nothing would ever get done if everyone had a say.

But that’s, in my view, the precise job of an elected councillor. To make sure everyone has a say, via their elected representative. Governance is important but it can easily be used as a distraction from representation.

As a journalist I’ve spent the last four-and-a-half years covering the QLDC. I’ve worked all over the world in a variety of very senior news roles. Sadly I can say that the QLDC is one of the most dysfunctional bodies I have ever come across. Senior managers, and the chief executive, hide behind relatively junior PR and communications staff, the council tries to bend official information legislation to avoid accountability, and even a High Court judge has labelled this council evasive and misleading.

No wonder community trust is at an all-time low.

Whoever our new mayor is, they will need support from strong councillors to make necessary changes to both the culture and practice of the QLDC. It won’t be easy and the newly elected team will have to pull hard and pull together to pivot this council back towards being representative of this amazing community that we are all part of.

Governance should come second to representation in my view. That does not mean that governance is any less efficient. I would argue that good governance is pointless unless it accurately reflects the core interests of the community that pays for our council to exist.

There’s no conflict in a journalist being a councillor. I will ask other Crux journalists to cover issues that I will vote on – without any influence from myself, with formal editorial separation. It really is that simple. This position is based on numerous conversations and research articles from lawyers, local government experts and case studies from overseas.

My focus will be on reporting what goes on within the QLDC and the progress that is being made towards openness, truth and transparency.

In one word - representation.