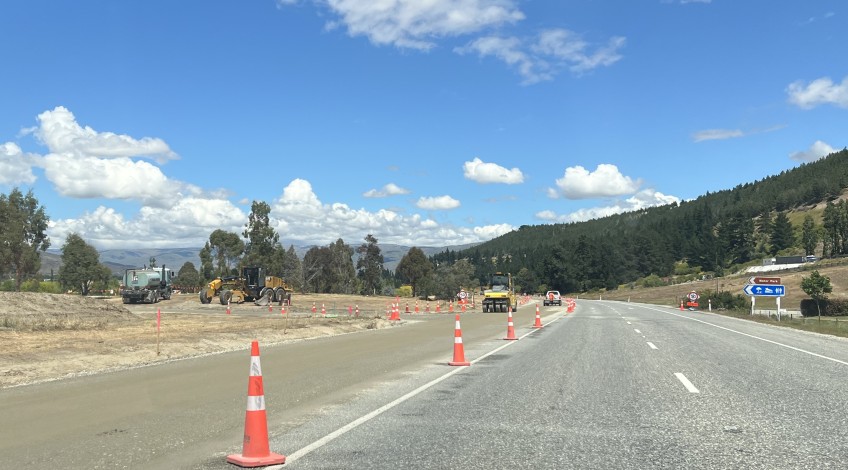 The public’s footing the bill to realign a section of state highway near Cromwell to safely deliver traffic to and from a carpark and public reserve used by freedom campers and a commercial water park.

Roadworks are currently underway on State Highway 6 at Lowburn to separate vehicles turning into the popular lakeside spot from the main flow of traffic.

Toitū Te Whenua Land Information New Zealand (LINZ) head of Crown property Sonya Wikitera says the estimated cost of the project is “in the range of $325,000 to $375,00”, although the exact cost will not be known until it’s complete. 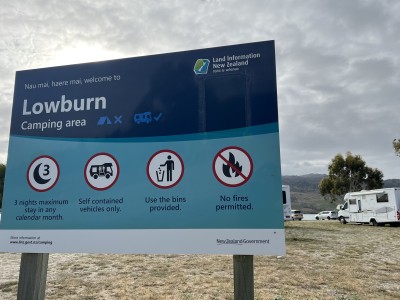 Campers, boaties and water park users have competed for space at the Lowburn camping area.

The turning bay’s been a sticking point for Kiwi Water Park co-owner Emily Rutherford, who’s inflatable playground has been floated over the summer months at Lowburn for the last two summers.

Her customers need to park at the reserve and walk several hundred metres to the water park, set up in a sheltered public swimming bay.

In September, she said her business was caught up in “bureaucratic red tape” as LINZ, Waka Kotahi and the Central Otago District Council grappled with how traffic in and out of the reserve should be managed.

The park’s now open for business, with speeds on the highway dropped to 50 kilometres an hour past the construction work and carpark entrance.

Over summer, in addition to the hundreds of people parking up to access the water park, the reserve is teeming with boaties and boat trailers, cycle trail users and self-contained campers, who are allowed to stay overnight there for free.

The Lowburn freedom camping site is one of four available on the edge of Lake Dunstan, all within 20 minutes’ drive of Cromwell.

Crux asked LINZ how much it spends on the free-to-use camps, but the information’s unknown.

“There is no specific line item for the management of our camping areas in the budget allocated each year,” LINZ land and property manager Kate Whittle says.

“The costs of managing our camping areas is included in the overall costs of our land and property management.”

Last season, the freedom camping sites around Lake Dunstan were more popular than ever.

“We have considered introducing a fee for these camping areas in the past due to the cost of managing these sites. We are currently not exploring this option.”

The Central Otago District Council chips in to help LINZ with campground costs.

In a statement to media last week, the council says it’s received another funding injection from the Ministry of Business, Innovation and Employment to help with those costs again this summer season.

There's $110,000, and it will put it towards “education and enforcement” of campers at freedom camping spots.

CODC parks and recreation manager Gordon Bailey says camping continues to be a popular touring method and “it’s important we continually educate people using these areas to leave them in great condition for the next occupants”.

Parked up but who pays? Freedom camping at Lowburn, December 7, 2022.

The Government is in the process of making proposed changes to how freedom camping works.

The Self-Contained Motor Vehicles Amendment Bill has been introduced to Parliament and is currently being considered by the Economic Development, Science and Innovation Select Committee. 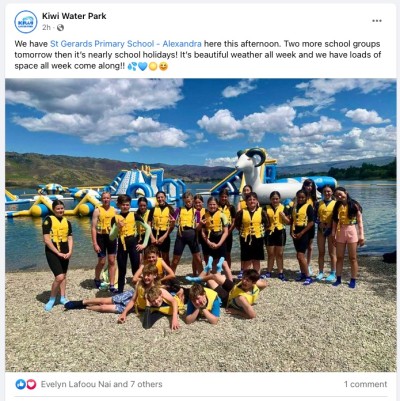 The proposed new legislation is aimed at creating a regulatory system for central and local government to reduce the negative effects of freedom camping on communities and the environment.

If it passes into law, the CODC may be required to have a responsible camping bylaw, which it doesn’t currently have.

The government’s $110,000 will also be put towards creating that bylaw.

The transition period is expected to take two years.

The operators of the Kiwi Water Park do pay LINZ an annual lease fee to use the lake and lakeshore, plus a percentage of ticket sales.

Earlier, Ms Rutherford told Crux the right-turn lane "was needed irrespective of the water park", so she's not paying for the install of it.

Last season, from Ms Rutherford's count, the water park had 30,000 customers - double the number that came through the park in its first season.

There's also been a new fence erected adjacent to the highway, where the water park operates.

Main image: Work is underway to create a turning lane at the entrance to the Lowburn camp area and Kiwi Water Park, Monday, December 12.