Plenty of choice for Cromwell voters in board by-election

There's more nominations for one vacant seat on the Cromwell Community Board than there were for the four original seats up for grabs in October's local government elections.

Nominations for the board by-election closed at 12pm today, and seven people have thrown their hats in the ring for the job. 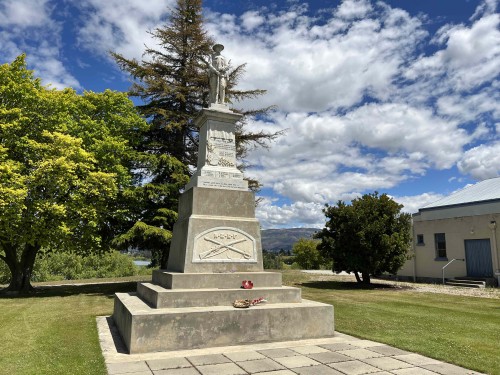 Cromwell Community Board hopeful David George has made a public campaign of his dislike for the proposed relocation of the Cromwell war memorial as part of the town's hall rebuild project.

Ms Blaikie, who runs a local recruitment business, isn't new to local governance, and is a former Cromwell Community Board member, while Mr George stood unsuccessfully for election to the council earlier this year.

Mr Horton, a Cromwell-based developer, whose company Horton Developments Ltd started the Gair Estate development, is also in the mix.

In October, there were just four takers for the four available spots on the community board, and one of them - Sarah Browne - was successfully elected to the Cromwell Ward of the Central Otago District Council, forcing the by-election.

This time, residents and ratepayers will have the chance to vote for their preferred candidate, with voting papers to be mailed out from late January and voting closing mid-February.

Earlier in the month councillor Browne predicted a flurry of last-minute nominations, in "true Cromwell style", and she was right.

Whoever joins them is in for a big three years - there’s already millions of dollars put aside for a revamp of the town's central mall and the demolition and rebuild of its memorial hall.

Crux has asked the council for an update on both projects. 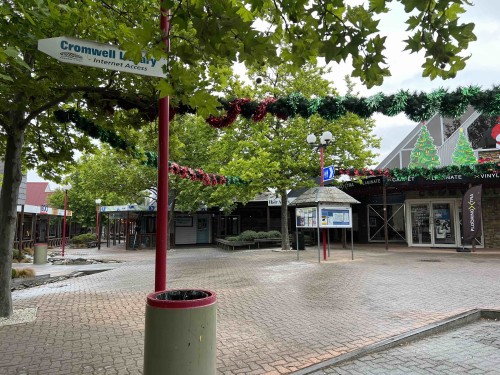 On the agenda: breathing some life into the closed-in Cromwell mall.

Property and facilities manager Garreth Robinson says consultants are being used to come up with options for a redesign of the central mall, to include a town square and civic precinct.

They've been talking with those who own buildings in the space, with a plan to create "a vibrant commercial town centre that will encourage people into the mall by opening it up", he says.

"We’ll be keeping the public updated with what’s happening."

Down the road at the old memorial hall, which has now been shut up for months awaiting demolition, design work also continues.

A "preliminary design phase" has just been completed, the next step after concept designs had been made public in September, with "key stakeholders" in regular contact with the project drivers, Mr Robinson says.

"One of our aims, in what is a huge project for this community, is to keep people informed each step of the way, and to help achieve this the council is launching a website before Christmas, which will include a full background of the project and a detailed timeline showing all the stages and dates.

"After the community board meets to discuss the project again in February, there will be drop-in sessions to give the public the opportunity to have a more detailed look."

He says the RSA has been involved with discussions and is fully supportive of the project - this comes after by-election hopeful Mr George has raised concerns publicly that some returned service personnel are unhappy with plans to shift the town's war memorial.

"A report will be referred to the community board recommending demolition of the hall in the first quarter of next year."

However, he says the project remains on schedule.