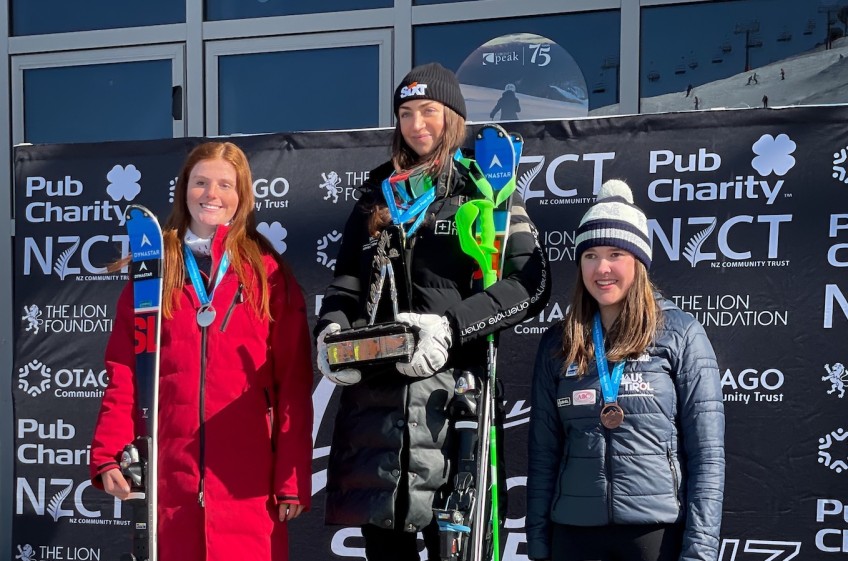 Hudson explained “I am just happy that I was able to charge today and not let the pressure of the National Title get to me, I just wanted to ski well and go for the win, so I am glad that is how the race turned out!”

Slalom requires aggressiveness, agility, quickness and combines relatively high speed and technical difficulty. Slalom events are held over two runs on separate courses and the skier with the best combined time from the two runs is declared the winner.

The race today included athletes from over 10 nations and overall race podiums, as well as National Championship podiums, were awarded.

Hudson, a slalom specialist, put down a solid first run to take the lead by over half a second. Although her nearest competition had a slightly faster run two time, Hudson’s lead from run one was enough to secure the New Zealand Slalom National Championship title for the sixth time in her career.

Hudson said “It’s always nice to get the cup back, I am just glad to get the cup and the win on home soil. My first run was really good, second run I was charging and made a mistake but I had done enough in the first run to hold on, so I am happy.”