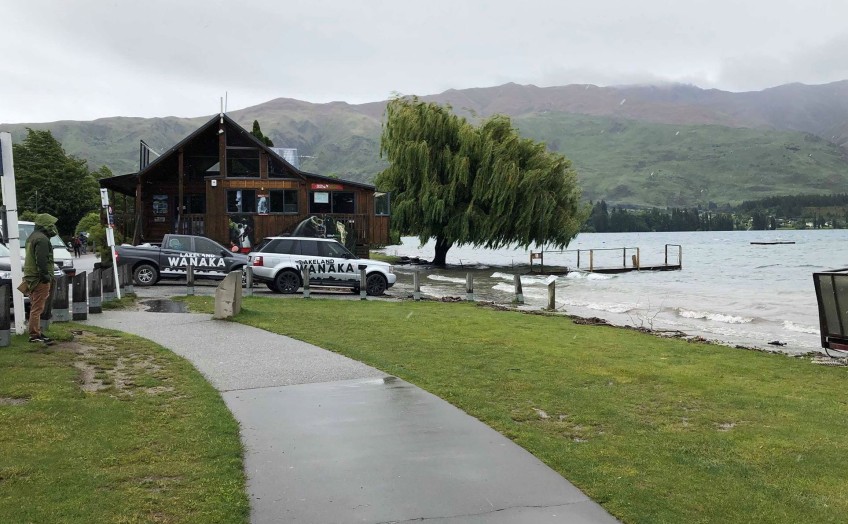 The following statement has been issued by the Otago Regional Council at 12.30 pm today - Tuesday, December 3.

"A MetService severe weather warning for heavy rainfall for Otago’s headwaters is currently in place.

There is a strong potential for high lake levels this week, as further periods of significant heavy rain follow the heavy rainfall experienced overnight and in the last few days.

The observed rainfall has so far been consistent with MetService predictions.

Headwater rivers feeding into lakes Wakatipu and Wanaka (such as the Dart River and the Matukituki River) have risen significantly during the night.

The water levels for Lakes Wakatipu and Wanaka are also rising. Modelling by ORC’s flood management team shows that the lowest-lying parts of Ardmore St are likely to be affected by the lake by Wednesday morning, which is likely to lead to some localised road closures.

Lake Wakatipu is likely to be close to the level where water levels can inundate low lying lakeside reserves (including in the vicinity of Glenorchy) and enter the stormwater system in Queenstown from Wednesday morning or midday.

Strong winds are also forecast, which may cause waves and floating debris to impact the shoreline, and any boat users during that time should take additional caution in case of submerged logs and other debris.

More rain is expected later in the week which is likely to raise the lake water levels further.

Rivers at the outlets of the lakes (such as the Clutha River and Kawarau River) are starting to rise and are expected to continue to rise during the day as the water levels in the lakes increase.

Due to the rainfall from the previous days and further rain predicted in the headwaters, water levels and flows in the whole Clutha River catchment are high or will rise and are expected to remain high during at least next week.