The Mountain Scene's editor, Paul Taylor, has resigned from his job and is due to leave the local newspaper at the end of this month. Crux understands that no replacement has yet been hired and that senior reporter Daisy Hudson has left her role in Queenstown to work for the Otago Daily Times main office in Dunedin.

The Mountain Scene has recently advertised for a new reporter. 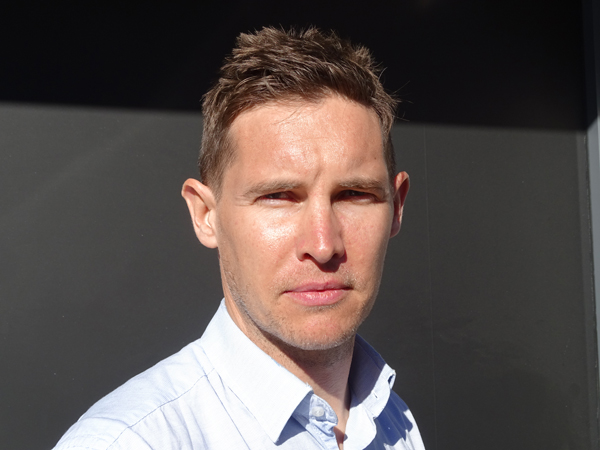 Paul Taylor took up his Editor role in October 2017, replacing former editor David Williams who left to work with Newsroom in Christchurch. This was his opening article as Editor for the Mountain Scene - including the line "this is a place (Queenstown) with a few problems, obviously."

The news comes as the owners of TV3 have announced they have put the TV station up for sale and it may cease broadcasting before the end of the year due to the difficulties of operating in the current media market. Global giants Facebook and Google now dominate the New Zealand digital advertising market.

The Mountain Scene is owned by Allied Press, the publishers of the Otago Daily Times. Paul Taylor did not reply to a Crux request for comment or further information.

Barry Stewart, the Editor of the Otago Daily Times, provided Crux with this statement.

"We are advertising for a replacement to ensure the Mountain Scene and the Queenstown bureau of the Otago Daily Times maintains its position as the leading source of news and information in the region. Paul is an outstanding editor but we obviously support his decision to move on.  In regards to your other questions, Daisy is being replaced and we remain committed to serving the needs of the Queenstown region."

Last year Fairfax closed the Queenstown Mirror as part of the sale or closure of 28 community and rural newspaper titles. The Mirror had a claimed circulation of 23,356.

New Zealand newspaper circulations have been dropping steadily over the past 10 years. 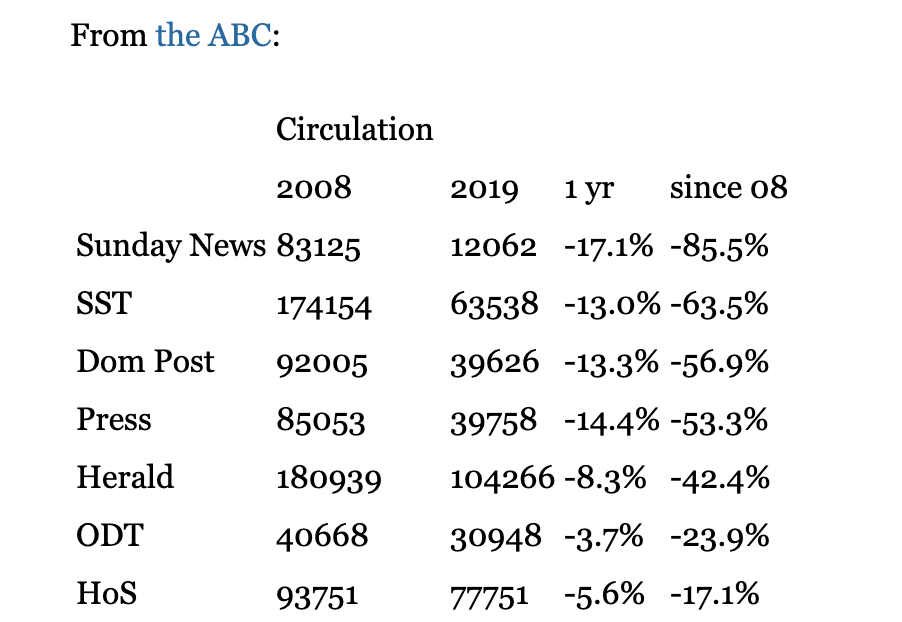 The Mountain Scene is described on the Allied Press website as being "independently locally owned" and established in 1972.

"Mountain Scene is an independent locally owned newspaper established in Queenstown in 1972. Mountain Scene has created its own unique identity and style and made a reputation that sees it continually dominating the fiercely competitive Queenstown media 'battleground'. Mountain Scene is the number one broker of mass attention in the Wakatipu and is recognised as Queenstown's most powerful media vehicle by readers, advertisers and independent research - with a 90% plus readership of 15+ Wakatipu residents."