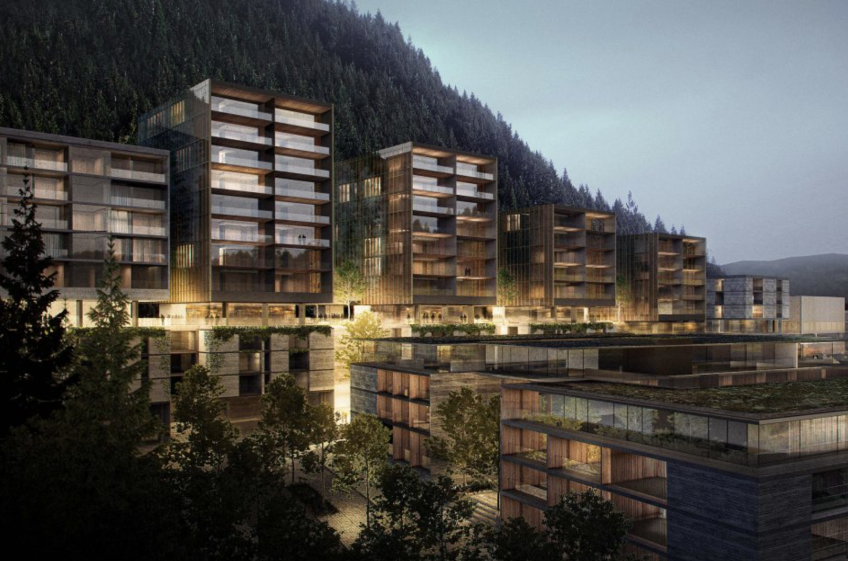 Lakeview's towers: how low will the developer go?

The developer behind the billion-dollar Lakeview precinct is willing to amend plans for its tall towers at the base of Ben Lomond in order to move the project forward.

But how low it's willing to go, and whether it will be enough for the panel deciding its future, is not yet known.

A trio of appointed decision makers has the authority to push play on the controversial downtown development by granting resource consent under the Government’s fast-tracking legislation.

However, current plans show the first five buildings to go up will tower over any other in town - two are close to double what’s even allowed in the area - and that’s been a sticky point for those considering the application.

With the buildings at their current height, the decision-making panel's told the developer it's a 'no' from them.

However, the developer's been offered another shot at getting it right and is taking it.

On Monday, in response to a deadline from the panel, the developer has confirmed it’s willing to lodge amended plans for consideration.

A spokesperson for the Environmental Protection Authority, the administrator for fast-track consenting, says it’s now waiting for an indication from the developer on when it will submit the amended plans.

And, the clock’s ticking.

In August, at the request of the panel, urban design expert Dr Lee Beattie gave his verdict on the original design: too tall, and too bulky, better suited to downtown Auckland than Queenstown, he had said.

Given the opportunity, the developer first pushed back at Dr Beattie's critique, before opting to amend its original designs.

The panel has said it’s “satisfied” the new look adequately addresses Dr Beattie’s concerns regarding bulk, but not height.

“The height of the buildings is the single outstanding issue in our consideration of the application,” panel chair Phil Page says in a minute dated November 16.

“We are satisfied that all other matters have been resolved by the applicant’s amendments to the proposal.”

In the minute, the panel provides the developer with two amended sketches, with towers reduced in height, that are “potentially grantable options”. 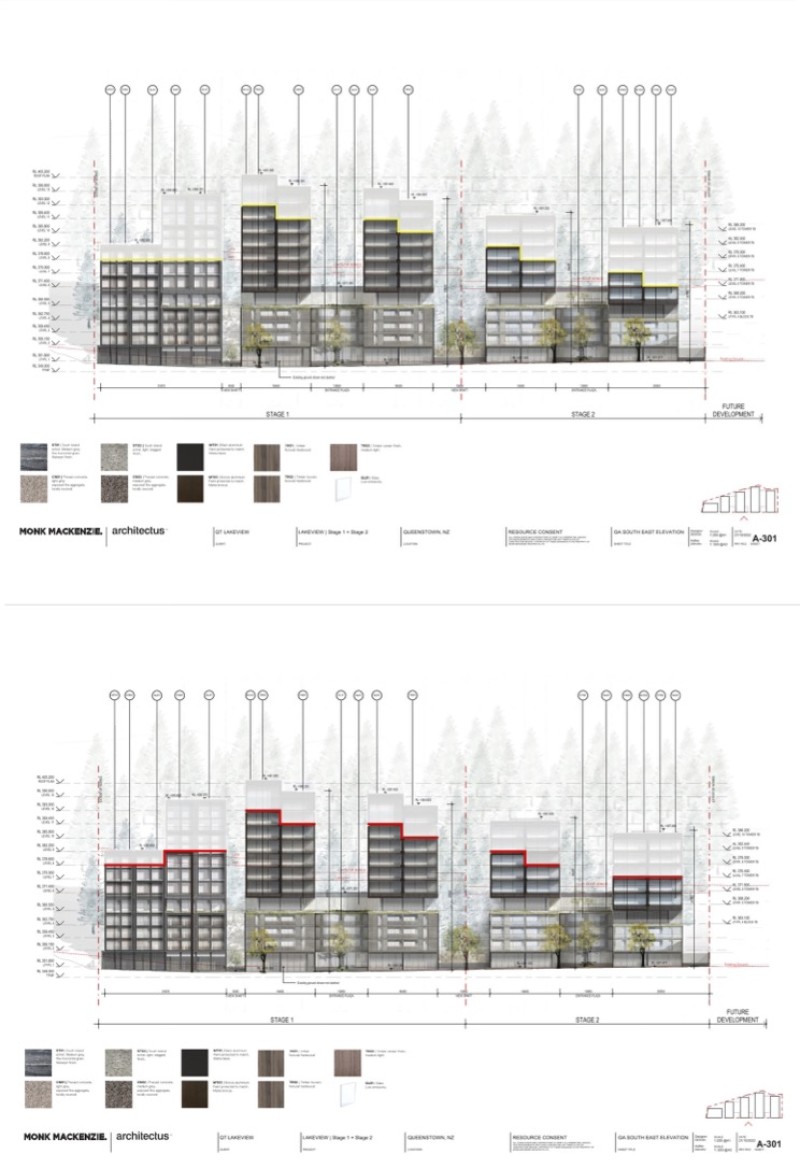 The panel's two alternate options for the tower block heights - but will they suit the developer?

“Both options substantially exceed the District Plan height limits but that we may find that they achieve acceptable townscape integration with adjacent land.

“We do not know whether something of that kind is economically feasible, nor does our expertise extend to engaging in a redesign exercise for the applicant.

“Nor do we know whether such an outcome is legally possible as between the applicant and the Council under their contractual arrangements.”

For now, it’s wait-and-see as to whether the developer is able to compromise to move forward.

The Lakeview is owned by the Queenstown Lakes District Council and is being developed by a consortium including Ninety-Four Feet, Centuria Capital (formerly Augusta Capital), and Britomart Hospitality Group.

The set-up is not without controversy - the QLDC chose to broker a deal with the developer rather than sell the land, valued at approximately $42 million, to them outright.

But cost blowouts as the council has contracted out construction work to prepare the site for the developers mean ratepayers may well lose from the arrangement, rather than make any financial gains.

There's also been concerns the project may not deliver on some of the social outcomes that motivated the council to retain some control of the development by entering into the agreement, as well as debate on how hands-off or not elected member of the council should be in regards to the agreement.