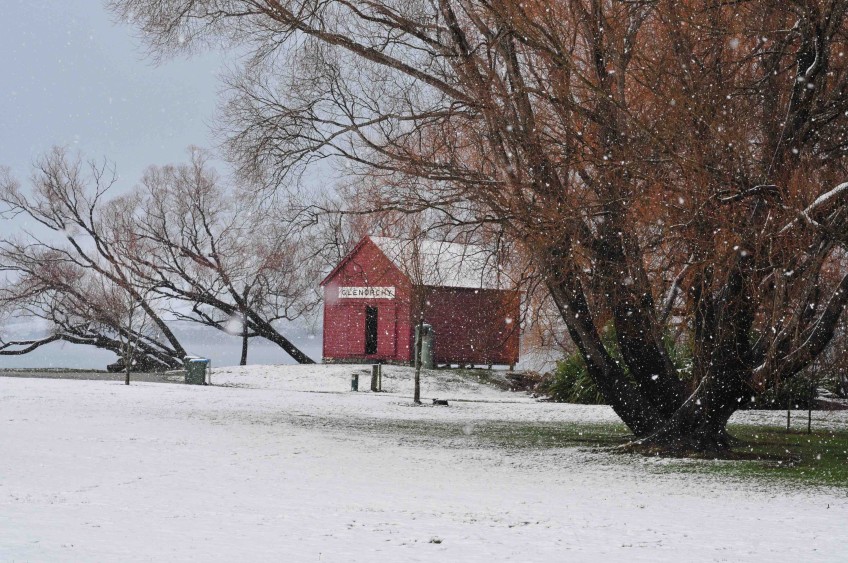 Glenorchy - a blast from the past

On July 29th 1863, just two months after the debut of the Lake Wakatip Mail in gold rush Queenstown, the first article written from the Head of the Lake appeared under the byline “From a Correspondent.” Our anonymous writer chronicled rain that had bucketed down overnight at such a terrifying rate, “exceeding everything of the kind that has yet been witnessed in these rather wild regions”. When the skies cleared and the damage was surveyed, it would come to be known as the flood of ’63 where countless miners were swept away by their gold fever into rushing waters never to be seen again. The flood of ’63 is probably news to you, as it was to me when I first began looking into the old newspapers to put together a history of the Head of the Lake. Maybe you knew about the flood of 1878 that took out the wharves, or the fire of 1887 at Kinloch, started by not terribly bright cattle thieves trying to burn their hides at the height of a dry summer. Do you remember the winter of 1968 with its 40 consecutive days of frosts? Or maybe, just maybe, the past doesn’t really register too much because we’re all living right here and right now and these stories, like those old gold miners swept out into the lake, are ancient history. 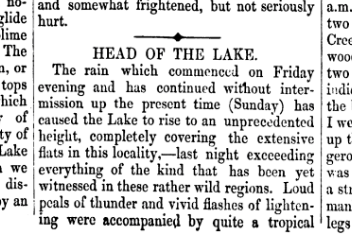 That first 1863 report from Glenorchy - history repeats itself. National Library.

The old “our correspondents” of the past, who chronicled life at the Head of the Lake for over 80 years in the Lake Wakatip Mail, had the luxury of anonymity, though I’m sure back in the day, when GY’s population could be counted on one set of fingers and toes, it would have been pretty obvious who was scribbling off reports and posting them down the lake on the boat. I don’t have that freedom here and I ask that if you are reading this, please know there is no definitive voice of Glenorchy and if there is, it isn’t mine.

Reading the first few years of the news from the Head of the Lake, the news stories seem to fall into the following categories:

Celebrations: balls and dances and school picnics, sports days and tales of dancing until dawn
Tragedies: drownings and accidents and more ways to die than you can possibly imagine today
News about mining ventures of all kinds
News about farming
Weather reports and the progress, or lack of progress, on killing off “bunny”
Community vs council
School and other committees

If you look at the news stories involving the Head of the Lake over the last few years, they seem to fall into not too dissimilar categories.

1.    Celebrations: balls, midwinter dinners, tree plantings and race days
Tragedies and losses of members of our community
Weather reports or what extreme weather has done
Threats from outside
Disagreements from within
Community vs council

All newsworthy subjects and, if names are easier, think of these stories as The Tunnel, the 150th, the Campground, Sewage, Water, Midwinter Dinners and Balls, and then the funerals both expected and unexpected and how we have all gotten along when the power’s gone out. 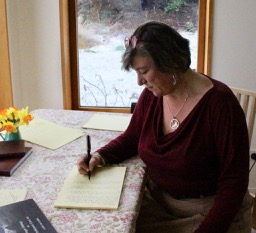 Outside, the press has seen us as united in the tunnel fight; divided over the campground; recalcitrant, demanding and sometimes begrudgingly correct when working with council; awash in development that has encompassed both the most expensive houses in New Zealand and many choosing to live off the grid, and stories of people who miraculously get to live in the most beautiful place on earth and strangely seem to know it and want to care for its future.

We have been the photographic face of 100% Pure New Zealand and Destination Queenstown and yet have had to fight off our own government to preserve the Routeburn Valley from development. We are endlessly busy, even though most of us are generally asked “what do you all do up there all day?”.

I would argue that what the outside world often miss about those of us who live at the Head of the Lake is that we function more like an extended family than a community in the traditional sense. By that I mean that we talk to each other at pizza night and at Mrs Wooly’s. We disagree completely at a meeting and then still say hello when we run into each other at the library, the pub, or at Smithy’s getting the mail.

We try to take each other down at quiz night and show up for the school prizegiving even if we don’t have kids. We go to playgroup, brew club, book club, church, pony club, rugby club and Rural Women. We sing in the Swandri’s and solve problems with a phone call to the right person instead of a policy. And, as just about anyone who’s been in trouble knows, someone always comes to help. Maybe not who you expected, but someone. In other words, we do the very un-newsworthy business of getting along and caring for the places we all call home.

Does that mean we don’t have newsworthy stories to tell? Just the opposite. Hopefully in the coming months, our correspondent from the Head of the Lake will have stories to share of our lives and challenges and what we see as the future - even if, strangely enough, it often bears a striking resemblance to the past. #