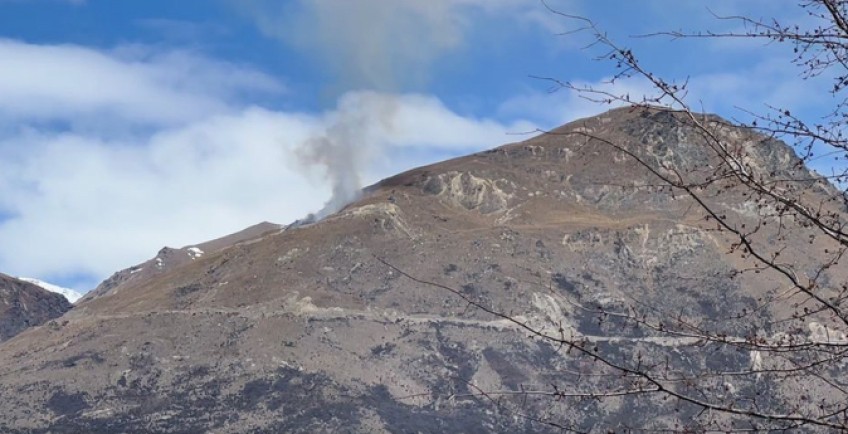 Fire that trapped skiers on Remarkables brought under control

A fire that closed the road up the mountain to the Remarkables ski area is now under control.

Earlier this afternoon those at the ski field were forced to stay put as emergency services worked to fight a fire along the access road.

A Fire and Emergency spokesperson says two helicopters that were being used to control the blaze were stood down just after 3pm.

One crew from Queenstown remains at the scene "mopping up", the spokesperson says.

The fire started earlier this afternoon in a car before spreading to vegetation.

The spokesperson could not confirm how far the fire had spread before it was brought under control.

Earlier, two firefighting crews from Frankton and Queenstown were at the scene and tankers travelled from Arrowtown and Kingston to deliver water to them.

The mountain access road was closed to traffic, but a ski field user has told Crux traffic is now moving back down the mountain.