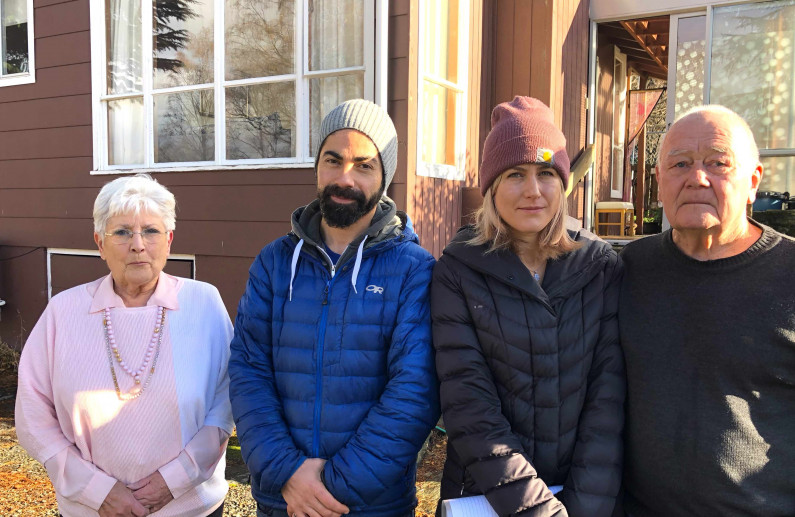 Residents living in Queenstown's Lakeview camping ground say that they were deceived into gifting their cabins to the QLDC and now have been abandoned as their tenancy is being withdrawn.

Two long term residents, Phebe Darkin and Doug Harrap, say they were forced to "gift" their cabins to the council four years ago. Both were worth around $90,000, including improvements, for the cabins that were on council leasehold land. Phebe Darkin - had to gift her $90,000 cabin to QLDC for nothing and then pay rent to live there for the past four years.

They then had to pay rent to live in what had been their own house - in spite of receiving nothing for the handover. The only options were to remove the cabins, gift ownership to the QLDC or pay the council $10,000 to have them demolished. Previously the cabin owners had been paying $5,200 a year in rates and ground rent.

Other campground residents who are paying between $200 and $ 300 a week in council rent via Harcourts rental management, say they are being pressured to give up their tenancy with nowhere to go and no clear details on what is happening to their accommodation. With much of the campground in a dilapidated state the tenants have told Crux that the rents are exploitative and unfair.

"We are being told nothing about our future" tenant Jess Hall told Crux after a residents meting last Sunday. That's a view echoed by another tenant, Gatto Fuentes. "We live and work in Queenstown. I pay $300 a week to live here, but nobody is telling us what is going to happen or when. We are only being told that we will be kicked out soon." Much of the campground is now a residential area, home to around 300 Queenstown workers and retired people. Phebe Darkin says she now "has to suffer the indignity" of having Harcourts, on behalf of the QLDC, inspect her house on a regular basis for cleanliness when previously it was her own property. She also says she can't insure her own furnishings and contents because items like her carpets became council property, free of charge, in 2015.

Her neighbour Doug Harrap is in the same position. Originally from Wellington, he was the piano player on the Earnslaw for seven years before retiring. "My place was worth $65,000 but I had to give it to the council for nothing and then pay rent on my own house for the last four years. I'd also invested at least another $20,000 on improving the place. I got nothing from QLDC. The only option was to shift the cabin or pay the council $10,000 to have my own house demolished."

Lakeview. Run down in parts, but the council rents are still relatively high.

The Lakeview campgrounds were originally gifted to the council for the benefit of the community, but over decades the zoning of the land has gradually been changed so that it can be developed. It was to be the site of a new convention centre but that plan collapsed in 2015 after funding issues and an undertaking from developer Alistair Porter to construct a convention centre at his Remarkables Park site. No work on that project has since taken place. Lakeview camping grounds - run down, dilapidated but home to up to 300 Queenstown residents and workers.

Now the council plans a massive development that will include at least three hotels and new retail outlets as well as some housing.

The council has been highly secretive about plans for the Lakeview site, beyond announcing that a consortium involving Augusta Capital and Britomart Hospitality Group would be the developers along with a Melbourne company Ninety Four Feet Ltd. 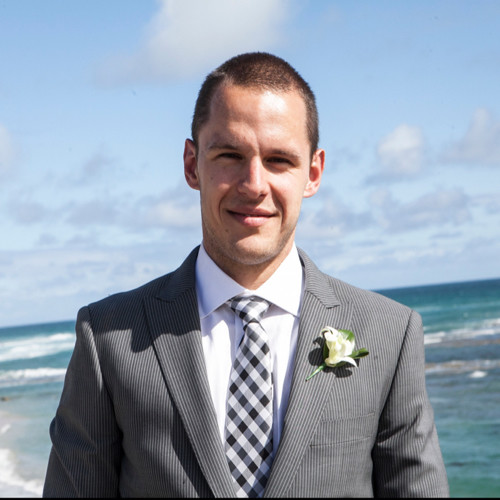 Lucas Giannotti of Australia's Ninety Four Feet Ltd - clearly excited about the sheer scale of the Queenstown Lakeview development - but why is QLDC is keeping everything under wraps?

Lucas Giannotti, the General Manager of Sales for Ninety Four Feet, told Crux in late April that the development would involve three luxury hotels and some revolutionary "shared accommodation" buildings. These worker accommodation buildings would involve small rooms, suitable mainly for sleeping, with very large shared communal kitchen and lounge areas. This type of accommodation is gaining traction in big cities overseas where land prices are high and there is a need  for mass accommodation at reasonable unit cost.

Beyond announcing the development partners, the QLDC has been extraordinarily secretive about the Lakeview details, even though plans are clearly well advanced, based on information from Mr Giannotti who flew into Queenstown with a number of Australian colleagues on April 24th.

Lakeview residents spoken to by Crux say that the combination of secrecy, pressure to end their tenancies and what they see as a cavalier attitude to their future by the council, is cruel, insensitive and unkind. One resident told Crux that they plan to stay in their cabin "until the bulldozers arrive."

"There is a fairly extensive history with Lakeview that goes well before my time as Mayor but in principle Council has always intended that this highly valuable community site be developed. Mayor Jim Boult - "Lakeview tenants are not being exploited."

This knowledge has been extensively and historically canvased with tenants and in terms of Council’s return (financial and non-financial) for the site, you might say we were neglecting our duty to ratepayers if we continued to enable such a valuable site to reap such a minor return. Based on the land value alone, the holding cost exceeds the current income from cabins.  However it is the opportunity to deliver increased (additional) housing supply on the site, through intensified land use, that is driving the Council decision to remove some of the cabins at this time.  The primary outcome being to establish a thriving residential-focused mixed use precinct within close proximity to the Queenstown town centre. Council anticipated this in 2002 when it purchased approximately half the cabins and provided a licence to occupy (which expired in September 2015) for the remaining privately owned cabins.

When the site was put to the market in 2006, the GFC meant that Council wisely set this process to one side until the market returned. Meantime we have enable the cabins to continue to be occupied to ease the lower end market but as you have seen many are reaching the point where they are not fit for occupation. Having said that Council has invested in many of the cabins over the last few years. I have been provided with the following background:

Key points regarding what we are doing to support tenants through this process:

I would add that we have thought long and hard about how we can support these folk. The upheaval that some will face is not lost on this Council. Ultimately as I have said the site has not offered a permanent solution to tenants choosing to reside there more than a decade. This day was always going to come. One important aspect here is that in anticipation of the disruption to the lower end accommodation market and concern for some of the vulnerable tenants the entire Lynch Block has always been set aside from the Lakeview development deal with the ability to retain cabins there and the opportunity to consider this block potentially for some form of residential offering, beyond the short to medium term.  Council could have reasonably opted to also dispose of the Lynch Block now.

In terms of the individuals you have met with, we are not prepared to discuss individuals for privacy reasons, but I am assured that support will be given to those most in need.

With regard to your conversation with Mr Giannotti, the majority of the development is residential, as outlined. There are hotels being proposed but nothing at the luxury level. This detail will soon be available (we hope to release this at the end of June)." "The Chamber was formally notified by several different teams at QLDC some months ago about their concern for the well-being of residents living on the Lakeview land. I was briefed with respect to those residents who were working locally.  I am not able to comment on the situation of non-working residents, except to say that I saw evidence of the fact that there was a separate, concerned and resourced work stream to care for these folk, in conjunction with central government agencies.

The Chamber has worked to ensure that employers understand that some of their staff may be affected by this change and they should be on the look out for evidence of hardship. However, for privacy reasons, it was not appropriate to directly approach any affected working resident with offers of assistance.

The quality and density of these dwellings speak for themselves. It is the Chamber's view that QLDC has no choice but to deliver on the community's expectations of dry, comfortable and sustainable housing and they need to push on."