Main Image: Dean Rankin with his family in Wanaka this evening.

Dean Rankin is a happy Wanaka family man this evening.

His idea to challenge the Queenstown District Council's governance of the Upper Clutha has taken flight with a petition asking the Local Government Commission to look at the possibility of a new council now passing the 1,000 signature mark in just four days. 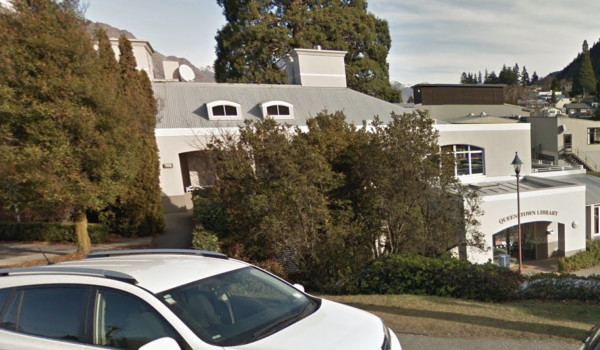 QLDC's Queenstown HQ - spending $100 million a year, but does Wanaka get a fair share?

Mr Rankin only needs 10% of the Upper Clutha population to trigger the Commission launching an investigation into the idea. Population estimates vary, but he needs between 1,200 and 1,500 signatures depending on which data set the Commission uses.

“I’ve just been so impressed at how many people have come on board” says Mr Rankin. “People from all walks of life – young and old, wealthy and struggling to earn a living – everyone seems unhappy with the way our voice does not get heard over the hill in Queenstown.”

Far from being a political activist Mr Rankin is a 43 year old born and bred Wanaka auto mechanic who has never been in the public eye before.

“The media attention has been a little bewildering” he told Crux today.

Protesters at a recent QLDC meeting in Wanaka

There’s so far been a stony silence from QLDC headquarters in Queenstown. Mayor Jim Boult has struggled with his Wanaka relationship largely due to controversial plans to expand Wanaka airport in spite of community opposition (now off the menu in the short term due to a High Court judicial review) and the perception that his focus is largely on Queenstown tourism rather than the wider district.

Mr Boult is Chairman is the Wayfare Tourism Group and on the advisory board of Downer NZ Ltd. Downer is involved in Queenstown’s Lakeview property development project, seen by some residents as creating a potential loss ($40 million plus) from what could have been a profitable land sale by the council. The Lakeview project could see a QLDC rates rise in both Queenstown and Wanaka.