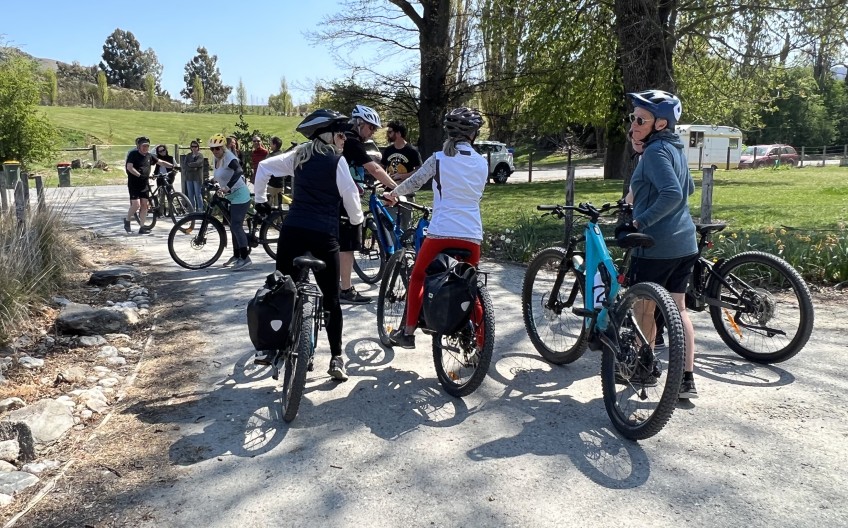 The latest major event to be staged post Covid has proved to be a big success with Cyclorama attracting hundreds of ebikers to Arrowtown today.

Its New Zealand’s first ebike festival and was organised by Dave Gibson, former CEO of the NZ Film Commission and founder of the Gibson Group, one of the country’s major production companies.

The event runs over Saturday and Sunday (October 22 and 23) and is made up of a range of different ebike rides ranging from easy to challenging and includes a range of features including gourmet food, beer, gin tasting and bird watching.

“I’m really pleased with the turnout” Dave Gibson told Crux. “We had to cancel last year due to Covid but the event has really come to life this year.”

It’s not clear at this stage what the eventual financial contribution to the local economy will be, but its likely to run into the millions of dollars once hotel, restaurant and non-event spending are taken into account.

Gibson reckons that around 80 per cent of those attending are from outside the district.

“Today’s weather has obviously helped, but we were ready for rain and it would not have stopped the festival events.”

One popular event was the GINology session that involved not just tasting different gins but festival participants getting the chance to blend their own personal gin. The session was hosted by Stuart Greenhill of Fenton Street Distillery. 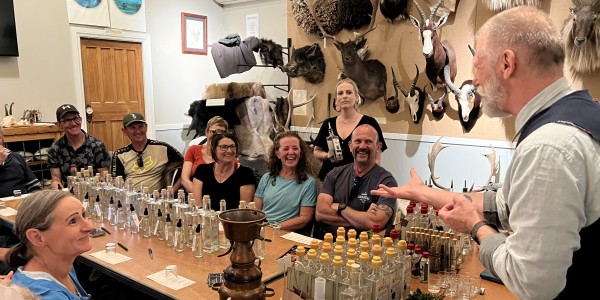 The gin session was around one third of the way into a 30 km ride, with each personal blend being bottled and then driven by festival organisers back to the finish point for riders to collect.

One of today's Cyclorama groups leaving the gin tasting and blending session.

“We’ll definitely be back next year” says Dave Gibson. Judging by the success of today’s event, there’s a new and permanent addition to the district ‘s major events calendar. And – it’s good for the environment.