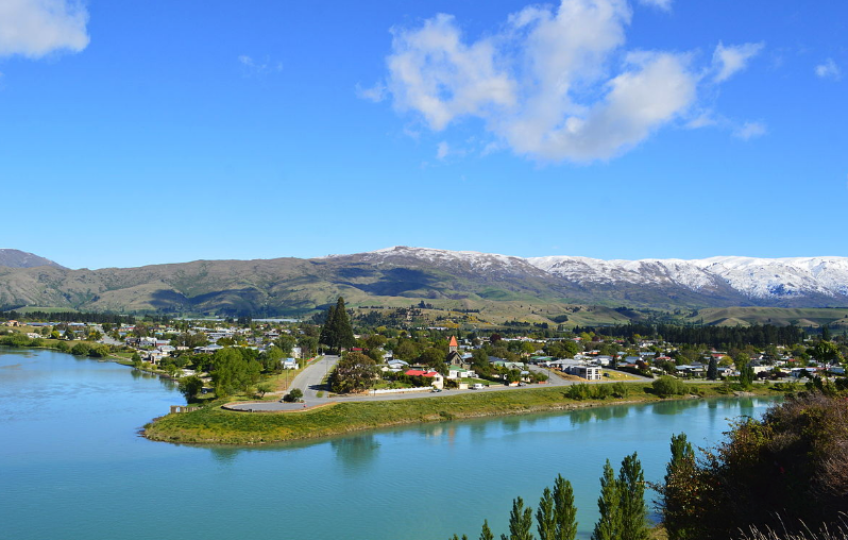 Susan Curran is a writer, a journalist, a former UN advisor, a resident of the Cromwell district and a fan of community empowerment. She worked as the London correspondent for ABC Australia before moving to Geneva to work with the United Nations in a communications advisory role. She is now part of a group that wants community-led development for Cromwell.

A Masterplan for Cromwell must have broad community input

If you live in or near Cromwell you will know that while everyone appears to be going about their business, stopping to chat in that small-town way, many are actually wondering how the town’s population, development and construction boom are going to play out. Is there a way of enjoying the advantages of growth without losing the things people love about this place? Is there a way of making sure that a truly lovable Cromwell is still around and thriving for future generations?

A masterplan for Cromwell, that hopes to do exactly that, is already underway. It’s late and it’s rushed but it’s happening and it will produce a plan that will affect the development of the town for the 30 years.

It will be a good plan only if the people of Cromwell are given and take the opportunity to have a genuine impact on decisions about their town’s future. Enabling large numbers of people to develop informed and thoughtful opinions isn’t easy … but it can be done.

A group has been working on exactly this issue since the Cromwell and District Community Trust decided early last year that it needed better information about what the community thinks and needs. What emerged is a vision for Cromwell of what’s known as community led development. The master plan timeline demands that the group speeds up its ambition. Susan Curran "Enabling large numbers of people to develop informed and thoughtful opinions isn’t easy … but it can be done."

The idea behind community led development is that local solutions to concerns and issues are best. The approach makes it possible for everyone to have a say in an informed and thoughtful way, about plans for their town. It reaches out to people of all ages, education, financial means and job categories. It helps protect locals against the undue influence of distant wealth and power.

The group has been known as CD2050 (short for Cromwell and District 2050) to reflect its forward-planning focus. Soon it will adopt the easier name Connect Cromwell: voice of the community. It is independent and neutral on all the town’s key topics. Everyone involved is a volunteer and it has applied for support from a national government programme that aims to strengthen community empowerment.

A small number of the CD2050 group attended all the full-day masterplan workshops that were held in the Presbyterian Church rooms in Cromwell in mid May.

The workshop formats were informal and the ideas and conversation flowed freely under the guidance of Edward Guy from Rationale – the same consultancy that’s worked with CODC before, and on a masterplan for Queenstown’s town centre.

The process defined four large focus areas for the workshops to discuss: the town centre, civic amenities, the Memorial Hall and the spatial framework (which means an overview of where things should go and relate to each other). The first workshop, called the Vision workshop, was the biggest with both the Mayor and Council CEO and about 40 others. Beyond the workshops Rationale and the independent experts will produce or research other information and data before coming up with options.

There was some controversy in the workshops and on social media about the choice of invitees and the lateness of invitations as well as requests for more communication and sharing of workshop agendas. Participants were told a community engagement plan was underway, they were encouraged to take the discussions out into the community and a Cromwell masterplan page was created on the Council website.

CD2050 wants to support community engagement. But the process should have kicked in much earlier. The community, not just Community Board and Council members, should have had a say in how the masterplan creation process would unfold, what issues would be in or out, who should do it and so on. There could have been a variety of forms of engagement that drew out the main worries and ideas Cromwellian’s have about future growth and development. This would have created a community-wide on-going conversation that fed back into the development of options as the process unfolded.

People know the masterplan is important to the future of their town and families’ economic and social welfare.  So it is not surprising that community voices are sounding aggrieved, questioning the process and wanting it opened up to more voices. The new Cromwell masterplan will guide external investment in the town over the next 30 years.

The Cromwell masterplan will guide not only the budgets and scheduling in Council’s annual and long-term plans. It will also guide investment in the town over the next 30 years by other levels of government and the private sector, by containing all the bits and pieces needed for a comprehensive and practical plan. Think roads, public transport, cycle and pedestrian paths, space, in the right proportions, for houses, shops, industry, commercial accommodation, schools, medical facilities, sport, recreation and cultural amenities, power and plumbing and much more. It’s known as an integrated planning approach.

Sure, it’s complex and we practically need a specialist interpreter to understand the documents they’ve produced to explain the process. And we are asked to trust the process to produce a workable plan within its inadequate time-frame. But all concerned also have to do what they can to make sure the best information is fed into the process – or it’s in danger of being a lost opportunity.

Head of Planning and Environment at CODC, Louise van der Voort, said the Council needs to hear what the community wants so that its views can be reflected in the masterplan and the District Plan. It’s what the developers look at and it’s what the Council uses to decide on developer’s building applications.

Independent experts - including architects, urban designers and town planners - added their support for robust community involvement.  They said developers want to know their projects are not going to run into opposition from the local community. They want certainty.

That means local people, the community, all of us who live here, must be given the chance to make an effective contribution and we must step up to the challenge.

If anyone is wondering why this is all so critically important, here are some headline facts that give a sense of the growth tsunami that’s hitting Cromwell.

There are currently applications with the Council for more than 2,000 new homes. That’s in   a town with a population of about 7,400. This is bricks and mortar evidence that Cromwell is becoming a dormitory suburb for Queenstown due to the high costs there. And how do we manage housing affordability when the past two years of Queenstown’s housing shortage has added up to 50% to the price of houses and land in Cromwell? What does it mean for retail and tourism opportunities to know that the public toilets at the east end of the Mall were used 27,000 times in the peak ten days over this summer? And when you hear that the town’s eateries couldn’t feed the big crowd at a recent event at the town’s motorsport park, it makes us think about things we’ve always taken for granted. The Cromwell masterplan consultation process has raised problems but not always seen agreement.

It was an intense week. Problems were raised but not always agreed. Harder still were the answers to dilemmas. Greenways are much-loved, smaller sections not so sure. It seems the War Memorial matters more than the Memorial Hall but without the Hall where can community groups gather and put on shows? Is it a good idea, when our numbers double or triple, to spread to the west side of the highway? And how about some big creative ideas, like a cultural centre by the lake or a well-designed four storey hotel in the town centre? And what to do about the absence of a town heart – a vibrant place to gather and to celebrate?

Hard facts and lots of information can help form our ideas and opinions but can also be migraine inducing. One participant at the closing workshop captured the moment well for a lot of others. She said she had been against the recent Wooing Tree development application which has been controversial in the town. The plan is for greater residential density on smaller sections. It will also mean the removal of grapevines near the town centre to make way for the new housing. People like the vines because they’re so much a part of the district’s winegrowing identity. The woman said that having heard the big picture about growth and the decisions and choices it would force the town to make, she now thinks the proposal might be good for Cromwell.

Our community spirit is still alive and kicking in Cromwell. People take an interest in the welfare of one another as well as sports, arts, heritage, and crafts. These things define us.

Cromwellians still have a sense that the town belongs to them and they expect to be heard. It could be this that saves Cromwell from becoming a clone of other towns that have allowed growth to become the process, rather than be a managed consequence of an authentic community process.