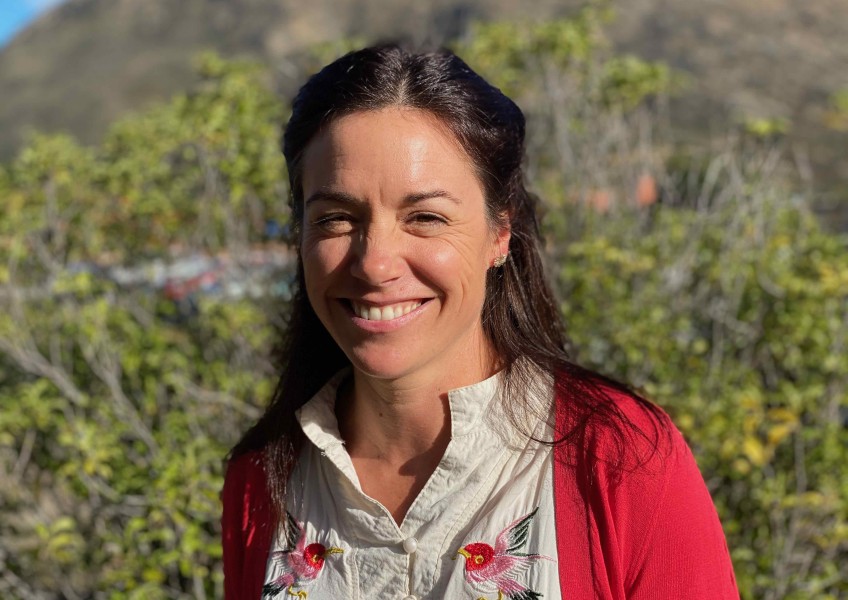 It's less than a year since Queenstown Lakes District Councillor Esther Whitehead was elected to office in a by-election. Now she's preparing for this year's local body elections and encouraging other community-minded, capable candidates to consider bravely throwing their hats into the ring too.

It’s funny, you know how your children don’t think of teachers as being fully human - it’s hard for them to imagine teachers outside of the classroom in the ‘real’ world - it’s similar with councillors.

You don’t think of them as being fully human - holding other jobs, having a family life, having ‘real’ human feelings etc.

When I meet new people at a dinner party or similar, and a friend introduces me, “Esther is a councillor at QLDC”,  I can, literally, see the blood drain from their faces as they realise they’re seated next to a councillor.

However, the whole reason I stood is really a deep-seated love for democracy and for participation in things that matter. Things that matter at a local level. Localism matters! I never really intended to be political with a capital ‘P’ but it was kind of inevitable looking back.

I was elected just last June 2021 in a by-election, and I have been quietly learning and listening whilst fulfilling my role as effectively as I can.

I’ve kept a record of personal achievements, those moments where I feel I have made a difference because it’s true that sometimes we can lose sight of the achievements.

It’s been an interesting learning curve in the last nine months...I think one of the reasons I will probably stand again this October is because I don't have any commitment to the power structure and I have more in common with those who live outside of it.

I have had an integral life in this community from directing Kip Education Centre for 10 years from 2001 to 2010 and from founding local environmental charities and initiatives in more recent years, working closely with families and grassroots initiatives.

One of my big questions was where can we be most effective, inside or outside - I still don’t know the answer, but I do know we need progressive leadership.

I’m really excited that this is an election year, and by people who wish to stand to promote collaborative styles of leadership and democracy, people who are prepared to question community governance so that it’s inclusive, collaborative and transparent.

These people may well have been exceptional leaders already but don’t think they’re cut from the right cloth to be in politics…but often it’s others who sow the seed in your mind! That’s what I am trying to achieve in this article, so perhaps I can sow a seed in your mind!

In 1893 Kate Sheppard said “It is desirable that women occupy seats on all local bodies” and 129 years later, I feel exactly the same way about women in leadership, the only addition I’d make is that the diversity we see around our district needs to be better represented around our governance table.

We don’t know who will stand down or up this October but I’d like to personally support and mentor any candidates from our younger constituents, international constituents, Māori constituents and female constituents to step up to the table.

So, what holds people back from stepping up?

Perhaps the response I get at dinner parties, and being in the public eye. Of course, they play a part. I think a serious first hurdle many people suffer is that of their own legitimacy, especially if they’re not part of the power elite.

I have found that it’s often another person who sows the seed of expectation of you becoming a councillor or mayor. When others think you have the skills, nous and capability, you open your eyes to new challenges.

The crux of the matter is are you prepared to get involved? Do you believe you have the capacity to actively participate in local politics and its governance?

One of my reasons is to be a role model to young women because I’d love to see more women in governance. So on that, I will offer my point of view as a female, since I am one.

If a female leader behaves like a woman then she’s not often legitimised as a successful leader, because workplace leadership characteristics are still perceived as largely masculine ones, so as women, we have to make them androgynous in order to be perceived as legitimate...or plant a seed for others who hold authority (usually male) to think something is their idea so that it’s more palatable and likely to be backed.

I’d love to see a woman mayor come forward this election. Evans (2003) profiled the success of women mayors in NZ, and how they added value by raising the bar, looking outwards, collaborating and listening, forging relationships and using knowledge and inspiration to lead their council.

I know that it’s as much about the person’s skill set but there are a couple of highly experienced women I think would be incredible for our district, now we just need to inspire them to stand.

Local Government is still skewed to a majority of males elected in NZ according to DIA data.

So if you’re thinking of standing, what's important to consider?

Sadly much of local politics seems to be about name recognition. For example, if you’re part of a sports club and widely known, you must therefore make a good councillor.

I’d encourage you to find out about candidates, to go to their LinkedIn profiles, or see how they’ve demonstrated their skills rather than simply recognising a face on a poster.

For the record, if I stand this October, I won’t be using placards, and plastering my face around the streets…local politics has to raise the bar.

Think carefully about how you may campaign, how you can do it differently, and who will support you. Having support is crucial, so lean on it as much as you can.

Once in the role:

We know that life balance is essential for sustained effective leadership.

Remuneration is low but the expectation for outcomes is high and this creates barriers to entry as you have to be able to ‘afford’ to give to the community both financially and emotionally.

I personally practice life balance by giving 20 hours a week to my council work (remunerated for 15) so that I have time for my other paid work, my family and myself.

To me it’s about how to be effective without compromising your own wellbeing.

To me, it starts with the relational capabilities of the person, not just to front up to the mayor or a chair, but to be able to suspend your own view, or belief, or conclusions about something.

The ability to hear other people’s voices is central to the role and to use these views to build a case, alongside evidence and obligations.

Whilst there is not a job description as a councillor, I have attempted to give clarity to the hazy role by illustrating your leadership behaviours in this simple table:

Often there are mixed feelings about what can be accomplished and whether working inside or outside the system is a better strategy.

You need to reflect on this. There are a lot of constraints and compromises but the need for strong pressure from the outside can not be stressed enough.

When local residents lobby, mobilise support, offer initiatives to support a certain direction, it helps councillors to push agendas across the table. Never underestimate your voice!

Local Government isn’t defined by the services it provides but rather from the basis of the local democracy it extends to its district’s people, its ability to communicate, inform, invite and align with the values of the community it represents.

There has been increased commercialisation of local government in the last couple of decades, (probably true of many sectors).

I'd say that there has also been increased accountability and transparency during the last decade, so the only upside is that now we can see commercial transactional cultures which may sway us to change.

In 2002, the introduction of the Local Government Act by the fifth Labour government defined the purpose of local government to provide democratic decision making and the four wellbeings - social, economical, cultural and environmental.

In 2010 the National government, removed councils’ obligation to involve communities in the same level of decision-making, and of the four wellbeings at the heart of governance...the result was that councillors throughout the country made decisions that were not seen as aligned with community.

In 2019 the Government passed an Act to reinstate the four well-beings. This reintroduced what the previous National-led Government had pulled out.

I think this legacy is certainly coming to an end, but there still exists a slim stubbornness in the dark recesses of council that the community doesn’t understand the complexities of issues…if our community doesn’t, that’s on our council!

The changes that have taken place in the last 20 years, across NZ local government and around the globe, and the complex, social, cultural, political, environmental and economic developments challenge the very bedrock that local government was designed for.

If we care about the world, our community and the environment, we have to develop new ways of thinking, new frameworks, as well as using the tools at hand.

As a councillor, you will be navigating transformational change whilst using old frameworks and legislation which are no longer fit-for-purpose - this is the frustrating part!

The role of the councillor is about anticipating the needs of the community, not just as it is but how it will be.

As a councillor, you soon realise the value of council staff.

Whilst not crossing the line into operations, you can still ask advice, seek information, or understand processes.

I have learned what an amazingly high calibre of staff we have in our council and am impressed with the workload managed and the calibre and scope of work undertaken by a team funded by such a small ratepayer base.

I really value the relationships we have with staff as they support councillors as conduits for community leadership and governance.

If you’re thinking of standing, feel free to get in touch. We need to start thinking as a community about who will lead, who will support and how we get there.

You can reach Esther at esther.whitehead@qldc.govt.nz

Evans, M. (2003) Leadership and the role of the Mayor in New Zealand. (Unpublished M Soc.Sci.Thesis, University of Waikato, Hamilton, NZ).